After having mastered dogs, cats and nudes in the shower, former president will paint 19 foreign leaders 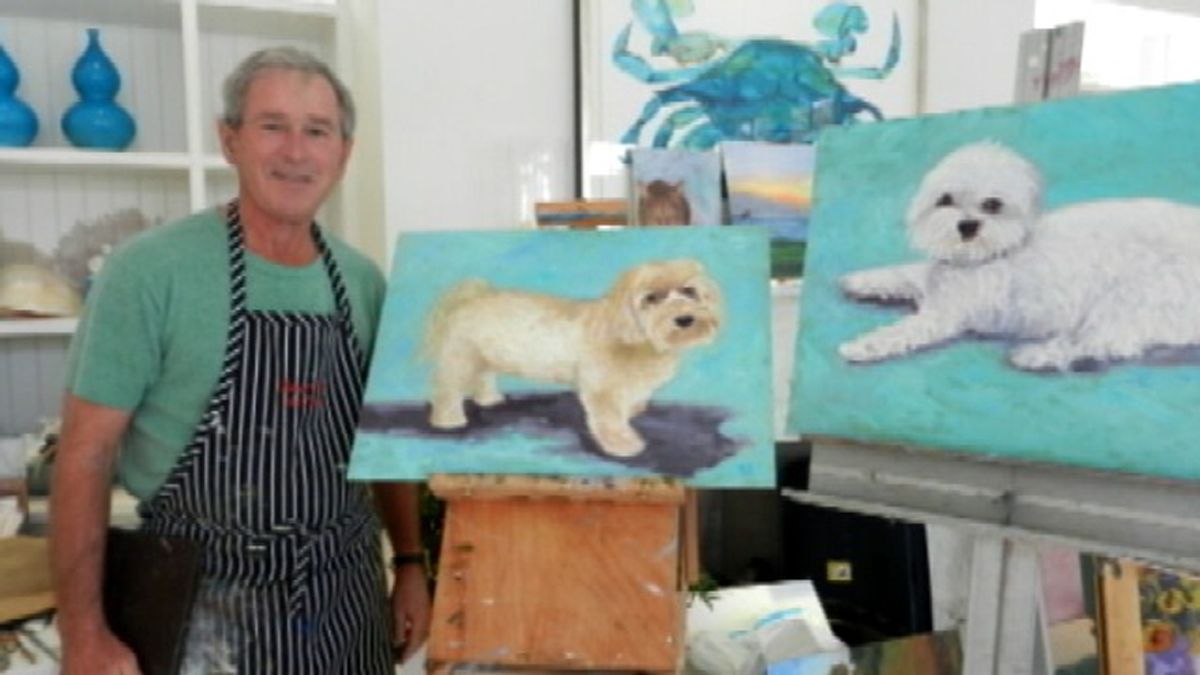 The art of former president and prolific painter George W. Bush has entered a new period, according to The New York Times. "After early self-portraits in the shower and then dozens of paintings of dogs and cats," writes the Times in an article adapted from Peter Baker's “Days of Fire: Bush and Cheney in the White House,” "Mr. Bush, it seems, has now moved on to world leaders."

During the exit interview of Bush’s public policy institute executive director James K. Glassman, Bush was more than eager to discuss himself and his ever-expanding ouevre. With more than 50 paintings of dogs under his belt, Bush is going to attempt to paint 19 "foreign presidents and prime ministers he worked with during his time in the White House." The Telegraph speculates that the portraits could include Tony Blair, Silvio Berlusconi, Vladimir Putin, Jacques Chirac and Angela Merkel.

One assumes that these portraits, unlike his others, will not be nudes in showers -- but really, who knows?