Conn. campus emergency: Police led a man away in handcuffs

It's not immediately clear if the crisis at CCSU is over 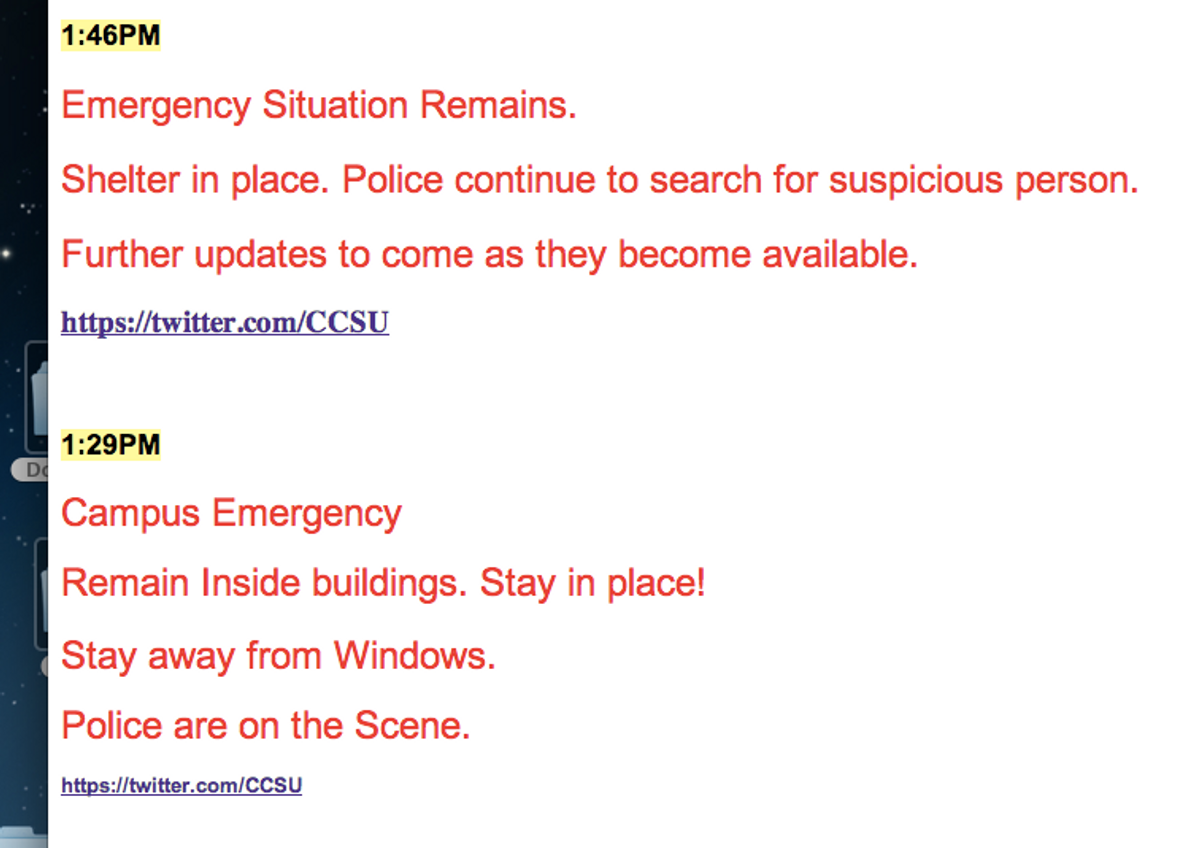 The Hartford Courant reports that police led a man away in handcuffs. It's not immediately clear if that ends the threat on Central Connecticut State University's campus.

A clearer picture of the campus emergency at Central Connecticut State University may be emerging, according to the Hartford Courant:

State police are talking with a man boxed into a dorm room in James Hall at Central Connecticut State University, a source told The Courant.

The man is isolated and there has been no hostile act, the source said.

Central Connecticut State University, a public university in New Britain, Connecticut, has issued a campus emergency alert after a potentially armed man was seen entering one of the halls at CCSU, according to police sources...

Two students report seeing a masked man in camouflage walking on campus with a sword and carrying a backpack away from his body. Whether this is connected to the alert is not yet known.

State police were called about 12:30 p.m. and have sent two SWAT teams, said Lt. J. Paul Vance. He said he does not know the nature of the emergency or where on campus police are focusing their attention.

A spokeswoman at CCSU said the emergency was not a shooting but would not elaborate. A New Britain official said there had been a report of a man with a gun and a knife on campus.

According to the school's Twitter feed, the emergency is ongoing:

NEW BRITAIN, Conn. (AP) — Central Connecticut State University has been locked down and students are being urged to remain indoors due to an unspecified emergency.

The New Britain university's website urged people Monday to get inside buildings and stay away from windows.

University spokesman Mark McLaughlin says police urged officials to alert everyone on campus to get inside. He says the emergency did not appear to be related to a shooting.

Several police cars were at the campus.

New Britain police did not immediately respond to requests for comment and no further details were immediately available.