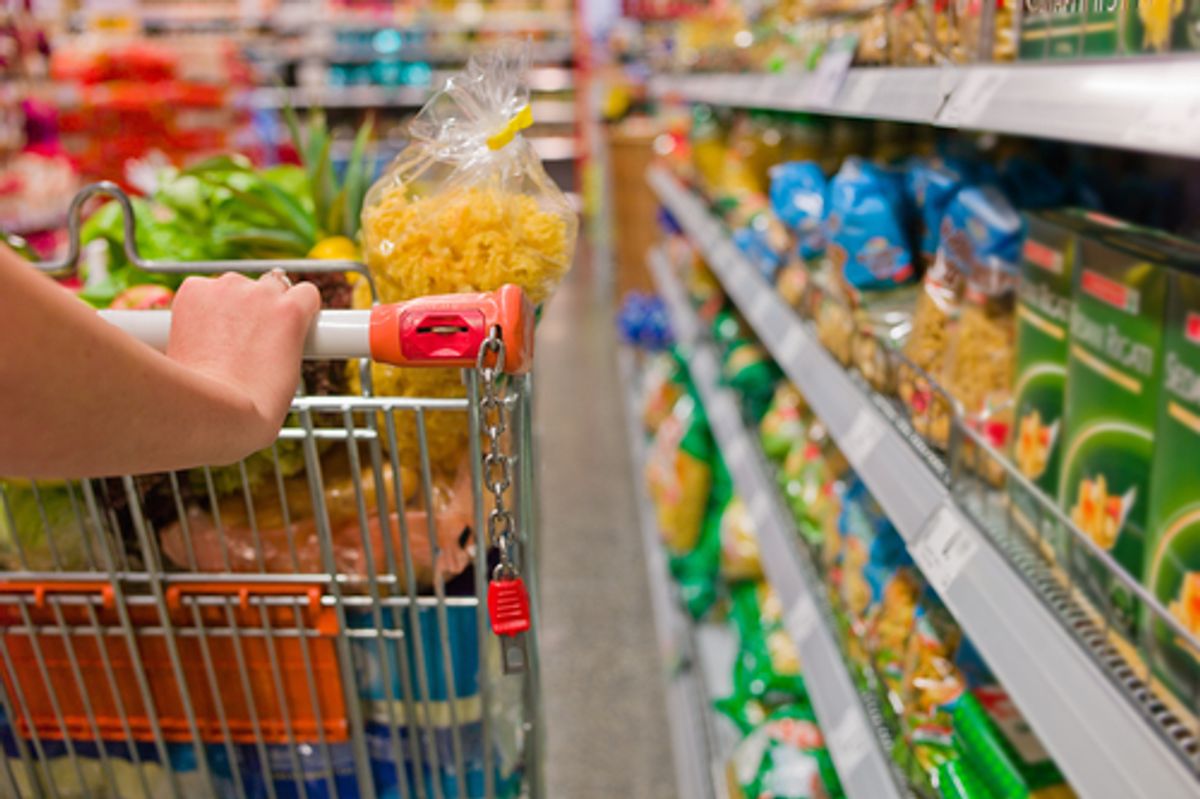 One ballot measure to watch today is Washington state's Initiative 522, which, if passed, would make the state the first to require the labeling of genetically engineered foods. Partisans have spent millions of dollars in the hard fought battle; and as it comes to a head, the most recent poll from the state’s only independent, non-partisan survey research firm found that the initiative was too close to call.

Regardless of which way it goes, the outcome is guaranteed to have a significant impact -- both practically and symbolically. Here are the five groups with the most to gain -- or lose -- from the outcome:

Anti-GMO activists: An overwhelming 93 percent of Americans say they support GMO labeling, according to a New York Times poll. But so far, industry clout has blocked the labeling movement from making significant gains. Between September and October, the initiative's supporters lost their comfortable 66 percent lead and are now only ahead by 4 points. After a similar, major initiative failed in California last year, labeling advocates, who raised over $7 million for the Washington battle, could really use the win.

Business and industry groups: The $22 million that has been spent so far on the effort to defeat the measure -- a record sum for Washington -- likely helped drive the shift in public support against the initiative.  After a lawsuit last month forced the Grocery Manufacturers Association (GMA) to name the anonymous backers of its $7.2 million contribution, it became known that a wide range of processed and packaged food brands, from Coke and Pepsi to Campbell Soup to Bumblebee Tuna, had made large financial contributions. Only five individual people, ThinkProgress points out, contributed to the campaign to defeat the measure giving a grand total of $550.

Whole Foods and the organic farming industry, on the other hand, have thrown their support behind the Yes on 522 campaign, which, aside from a $2 million donation from Dr. Bronner’s Magic Soaps, received much of its funding from thousands of individual donors.

The rest of the country: Both sides of the debate believe that the Washington decision can lead to similar action in other states, 25 of which are currently working on their own GMO labeling measures.

Consumers: There hasn't really been any scientific research to suggest that GMOs are harmful to consumers -- the American Association for the Advancement of Science, the World Health Organization and the European Union and the Food and Drug Administration have all deemed them safe -- and this initiative won't change that. However, most of the GMO debate has revolved not around the science of GMOs, but rather the idea of "consumer choice."

In an unsigned editorial penned earlier this year, the editors of Scientific American came out against GMO labeling, arguing that "instead of providing people with useful information, mandatory GMO labels would only intensify the misconception that so-called Frankenfoods endanger people's health" while limiting consumer choice.

Grist's Nathanael Johnson, who after months of reporting on GM food has decided that the risk associated with them is "somewhere between negligible and non-existent," nonetheless disagrees, arguing that labeling could help mitigate the general unease consumers have over GMOs:

In a famous paper on risk perception, published in Science in 1987, Paul Slovic pointed out that people judge voluntary, controllable actions as much less risky than those that are involuntary and out of their control. Similarly, people see the unknown as much more risky than the known. Genetically engineered foods are, for most people, both unknown and uncontrollable.

There’s a simple, almost magical, solution to both these problems: labeling. Labeling makes the unknown known; it puts people in control of what is currently uncontrollable. It removes dread fear from the debate. Once GM food is labeled, the risk that people ascribe to it should drop precipitously.

Residents of Washington State: The outcome of the vote, while symbolic for the larger anti-GMO movement, will have a material effect on the people who live and shop for food in Washington. (Although opponents say that, since the initiative doesn't require labels on restaurant meals, meat and dairy products sold in supermarkets, or alcohol, only about 30 percent of the food sold in Washington state, by dollar volume, will be affected.)

But they're caught in the middle of a battle that goes way beyond them -- and many say it's been exhausting. No matter what happens tomorrow, there's one way in which they'll all win: the onslaught of ads vying for their vote will finally be over.