Like Rayon in "Dallas Buyers Club," these LGBT characters were stripped of agency and used to teach a lesson 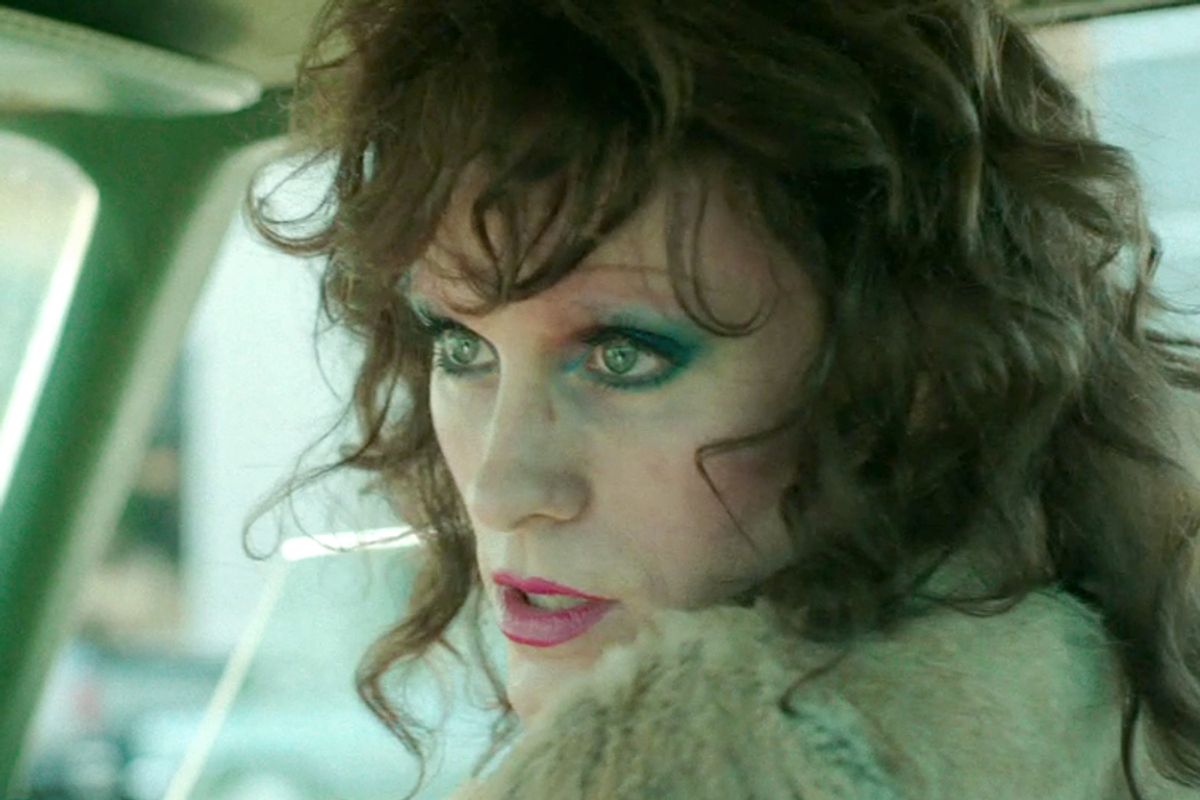 “Dallas Buyers Club,” a film about patients enduring the AIDS crisis in the mid-1980s, is, despite its noble intentions, deeply flawed, foremost in its focus on a heterosexual protagonist (he’s a real figure but, truly, what are the odds?). The movie is tightly focused on individuals subverting the FDA by importing unregulated medicine from overseas, while ignoring the coordinated protests that actually got the FDA to speed up its trials of AIDS drugs. The film’s heart is in the right place, but it seems unaware that gay men in the 1980s were politically engaged.

That became all the more clear when Jared Leto, among the front-runners for the best supporting actor Oscar for his portrayal of Rayon, a transgender AIDS patient, did an interview with Terry Gross in which he seemed not to know who the president was during the early years of the AIDS crisis. Describing his method of getting into character, Leto said:

... it's not about me thinking I'm in 1985 and trying to convince myself that, you know, Reagan is president, or whoever was president in 1985. It was really about trying to learn and using it as practice, as rehearsal. You know, does one of the grips reach out and, you know, offer his hand when I'm stepping out of the makeup trailer, because he starts to treat me like Rayon?

This statement cuts to the very heart of depictions of gay people on-screen in the sort of films that major studios put forth at year’s end for academy consideration. Leto, a man who dates women, wanted to be sure that his queer character presented as pathetically as possible, so that other people on the set would feel bad for him. He didn’t bother to consider that, during the AIDS crisis, Ronald Reagan was a galvanizing figure for the gay movement. Indeed, Reagan’s recalcitrance in the face of an epidemic disproportionately affecting society’s perceived undesirables contributed to the climate that made the FDA drag its feet, and this was hugely important to the LGBT community in the 1980s in a way the film, putting a tragic human face on AIDS, fails to acknowledge.

Nothing in “Dallas Buyers Club” is, per se, wrong. But it’s becoming clear in Leto’s press rollout that the film is dedicated to portraying queer people as desperate and in need of rescue. Far more pivotal in moving the ball forward than a single “buyers club” providing unregulated medication to AIDS patients and run by a straight man were the coordinated efforts of gay people to bring the fight to the government’s doorstep. But in “Dallas Buyers Club,” to use Leto’s politically incorrect term on “Fresh Air,” a “transgendered” person is automatically a victim, unaware of how she could help herself and existing entirely outside political discourse. It seems hardly an accident that Rayon, the most prominently featured queer person in the movie, is entirely self-destructive, continuing to abuse intravenous drugs long after diagnosis. We can safely blame her, if only a little; her experience can be explained according to terms we understand, including pity, mild revulsion, and distance. Leto, on “Fresh Air,” said he got into character by standing in Whole Foods and watching people stare at him with “that condemnation, the judgment, and those sorts of things.” The movie treats queer people as objects of scorn with no agency on their own terms.

And it’s of a piece with a long history. Queer folks in Oscar-adorned films rarely fight back, unless it’s out of malice. They’re victims of circumstance and need straight people to advocate on their behalf. They’re, of course, sexless, usually obsessed with thwarted or impossible love. They’re on the fringes of narrative even when they’re protagonists, because they are unable to act in their own defense. These characters exist to make straight people, like the actors who play them, feel good about themselves.

Not every queer character Hollywood has ever created falls into this trap. Though their fates are tragic in a way that ratifies mid-2000s American prejudices and though the film’s desexed marketing was problematic in the extreme, Ennis and Jack in “Brokeback Mountain,” respectively played by Heath Ledger and Jake Gyllenhaal, fight for their love and the chance to live life on their own terms (if in a manner proscribed by time and place). “Milk,” starring Sean Penn, explicitly focuses on a political leader with an active and fulfilling sex life. And, strangely enough, “My Best Friend’s Wedding” had a gay best friend character with his own life, thoughts and wit; as played by Rupert Everett, he was nobody’s victim.

These are the exceptions, though, and their relative progressivism (“Milk” depicts events that took place in the 1970s, and feels more up-to-date than even contemporaneous depictions of gay life) only shines a light on how much more “Dallas Buyers Club” and its ilk could do. Here are a few prestigious films that spun gay life as an endless series of victimizations, films that, though they show their age, continue to influence what filmgoers feel comfortable with.