Coach's return to "New Girl": Too little, too late

I mourned Damon Wayans Jr.'s departure for years. But now that he's back, it's not clear where he fits in 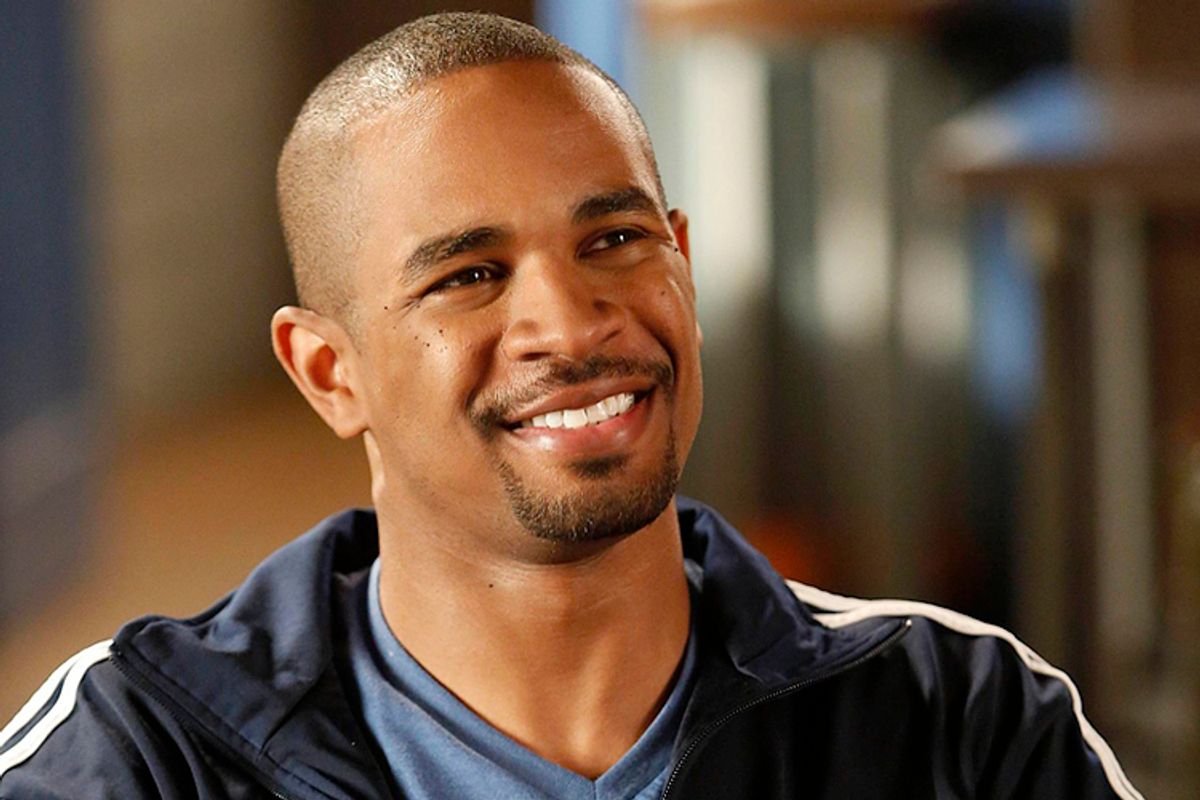 Last night's episode of "New Girl" marked the return of Coach, played by Damon Wayans Jr. For those who have not watched the Fox series since the beginning, A) don't sweat it, the show got off to a rocky start, and B) Coach was the original third male roommate -- Nick, Schmidt, and Coach -- with whom Jess moved in, thereby setting up the quirky girl-fish out of water premise. Coach was a loud, testosterone-fueled person trainer who unceremoniously disappeared after the pilot. (Wayans, who had already starred in a season of ABC's "Happy Endings" when he shot the pilot, decided to stick with his old show even after "New Girl" went forward.)

I lamented Wayans' departure for two whole seasons. While the other characters' personalities cemented and the actors found their comic footing -- Max Greenfield as the irrepressible Schmidt, especially -- Winston, who replaced Coach, could never seem to mark off a clear lane for himself. Frequently, I actually felt sorry for the actor Lamorne Morris who valiantly shouldered all of the extraneous sitcom contrivances the writers foisted upon him. The work troubles, the dating mishaps, all of it was space better occupied by the other characters and none of it seemed to click -- until this season.

Last night, Coach returned, seeking the consoling arms of his old friends -- and a room full of strippers -- after a bad break-up. (The real life parallel: "Happy Endings" was canceled this year.) There is speculation that he will reclaim a place in the loft now that Schmidt, at odds with his roomies, has moved across the hall. I balk at this. Guess what, folks: Even TV hindsight is twenty-twenty.

Coach only ever had one character trait, which is that he couldn't talk to women. Other than that, he basically yelled a lot. (I went back and watched the pilot on Netflix. Wayans, a naturally funny comedian, scored a couple laughs. But the character was ultimately one dimensional.) In last night's episode his boorishness and indifference toward women was ramped up a notch, but not enough to make him interesting.

In contrast, Winston's ineptitude -- which has developed over time from an exhausting lack of confidence to a whacky, endearing unpredictability -- trumped both the show's A and B story lines when he unknowingly purchased two thousand dollars worth of strip club "bunny money" and was unable to spend it on anything but Velvet Rabbit-branded food and merchandise. Coach's funniest line came courtesy of the defeated look on Morris' face: "You keep making mistakes, Winston!"

So, kudos to the writers of "New Girl" for getting Winston to a place where he makes an impact. The question now is, where does Coach fit in? It'd be a shame to waste Wayans, now a free agent, on a team with too many star players already.