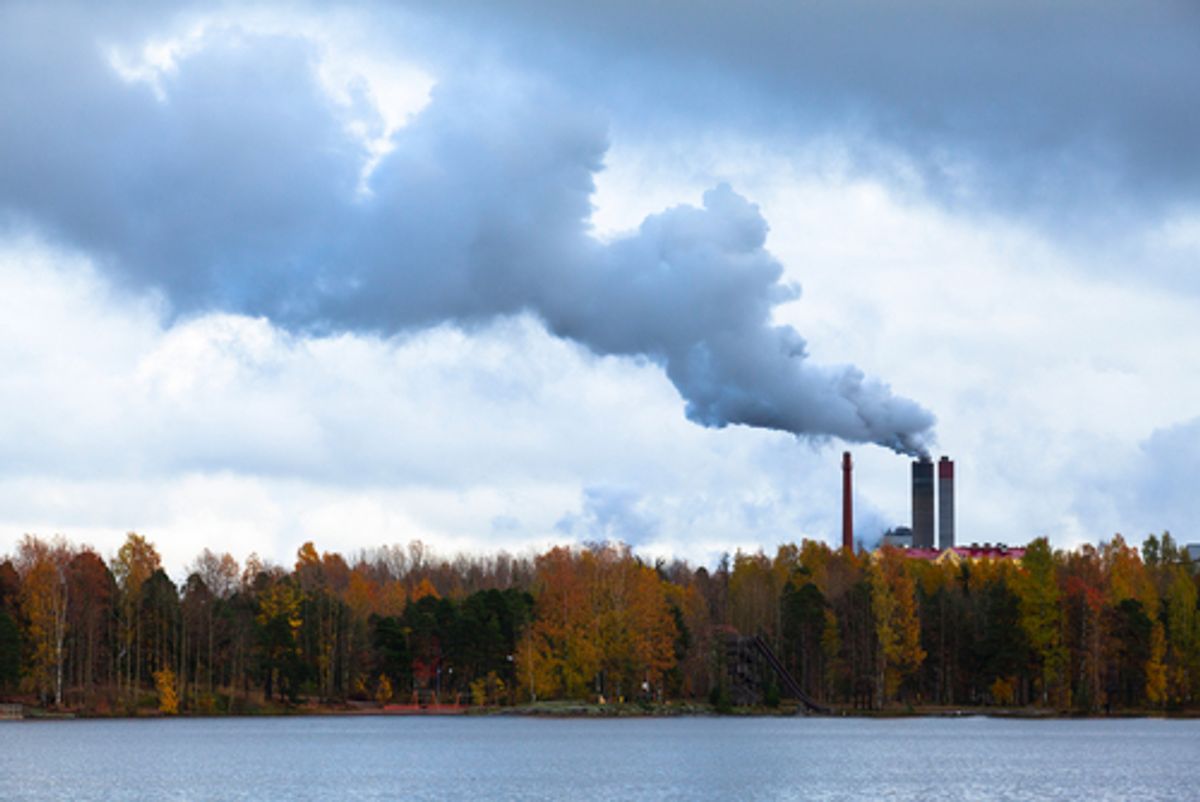 For the ninth year in a row, atmospheric CO2 levels were at a record high in 2012, an increase surpassing the average growth rate of the past decade, reports the UN World Meteorological Organization (WMO). Concentrations of methane and nitrous oxide were also at all-time highs.

The record's been continually set and broken since the WMO began releasing its annual Greenhouse Gas Bulletin. Since the beginning of the industrial era, in 1750, according to the report, the average concentration of CO2 in the atmosphere has increased by 41 percent. Methane, meanwhile, has increased by 160 percent, and nitrous oxide by 20 percent. Since 1990, the increase of these gases in the atmosphere have increased the warming effect on our climate by 32 percent.

The report only measures atmospheric concentrations of carbon, not emissions, meaning that about half of the carbon released by the burning of fossil fuels isn't accounted for here. For the moment, the rest is being absorbed by the oceans and into the biosphere, preventing more drastic warming from immediately occurring. But as Piers Forster from the University of Leeds told the BBC, this won't be the case for long: "The extra heat will eventually come out and bite us, so expect strong warming over the coming decades."

The UN warned just yesterday that the window of opportunity to reduce emissions enough to significantly temper the effects of climate change is rapidly closing. But looking ahead, all signs point to 2013's rate of increase to once again reach record highs.