"None of this is a joke," commented Imperial Wizard Bradley Jenkins on 7-year-old Jackson Black's costume 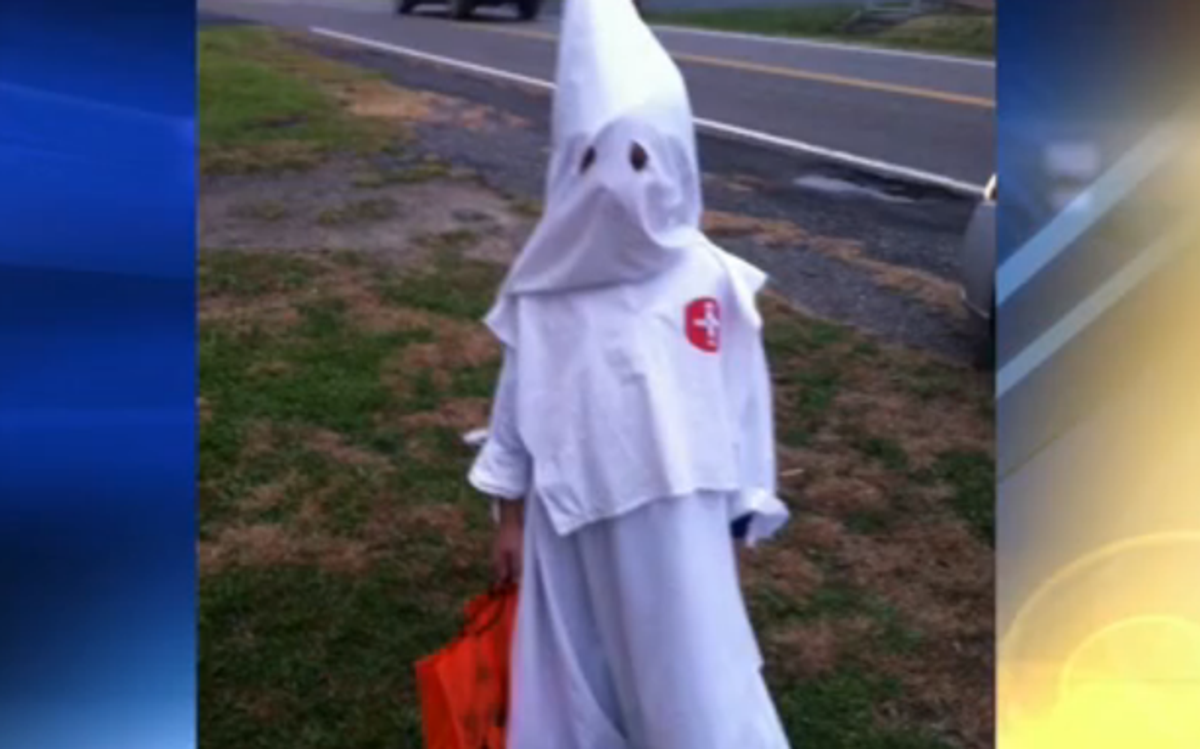 Jessica Black was just trying to honor her family and its proud tradition of defending white supremacy when she dressed her 7-year-old son Jackson as a Klansman for Halloween this year. But according to Grand Imperial Wizard of the United Klans of America, 40-year-old Bradley Jenkins, the ironically-named Black only brought disgrace and shame upon already-misunderstood Klan members.

"There's no respect for the Klan," Jenkins told the Atlantic Wire. "People look at the United Klan as a hate organization... We don't hate anyone. Hate is such a strong word."

Jenkins has attempted to rebrand the UKA -- which has a strong, documented history of violence towards blacks -- as a "pro-American" group that's just a "fraternal white organization." (In case there is any doubt, the Southern Poverty Law Center classifies the UKA as a hate group).

"None of this is a joke," he bemoaned, and whined about the plight of the KKK. "Nowadays we're ostracized," said Jenkins. "[The way people treat us now] is no different than the way people used to treat African Americans years ago."