Advertisers are stomping all over the fight to limit online tracking 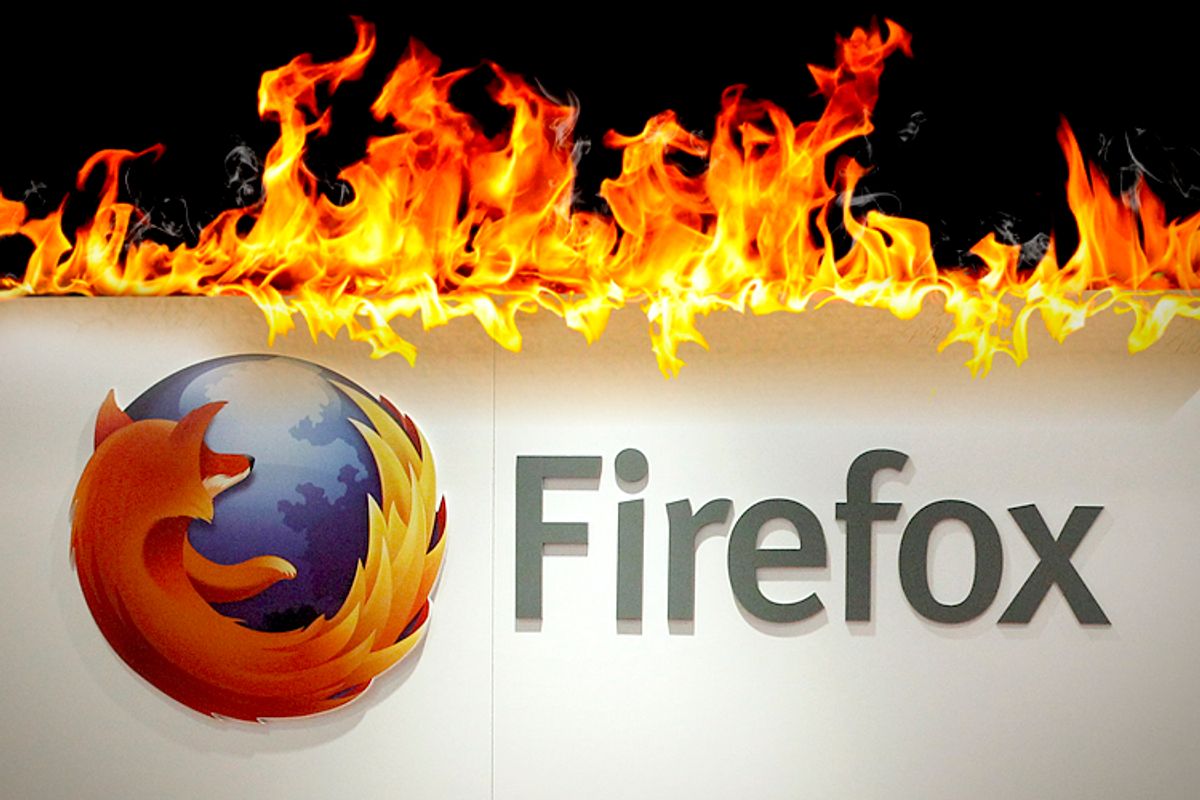 Mozilla continues to backtrack on its commitment to incorporating third-party cookie blocking in the Firefox browser, reports James Temple in the San Francisco Chronicle in a must-read story for anyone who cares about how advertisers track Web users.

The Mountain View open source software foundation revealed eight months ago that it was testing a tool that would restrict tracking files by default from companies users didn’t interact with. The early expectation was that it would reach the general public in Firefox version 22, released in late June.

But a few months later, Mozilla halted the patch midway through the testing process. Then it announced it was “committing to work” with the Cookie Clearinghouse initiative at Stanford on a more nuanced approach.

Now that effort is on hold, pushing completion of the project well into next year, The Chronicle has learned. Even then, Mozilla won’t necessarily adopt the feature, an executive said in an interview.

The most obvious explanation for Mozilla's change of heart: pressure from advertisers, who considered incorporation of the patch to be an all-out declaration of war on their industry.

Jonathan Mayer, the author of the original patch, and a longtime participant in efforts to implement Do Not Track technology, had tart words on Twitter summarizing Mozilla's about-face.

In September, when I wrote about AdBlock Plus and its efforts to disrupt the online advertising status quo, I asked Mozilla whether pressure from the advertising industry was delaying plans to release Mayer's cookie-blocking path. Mozilla declined to comment.

Whatever Mozilla’s rationale, watching the drama unfold has been a disappointment to those who believe the nonprofit has a unique opportunity — if not obligation — to position itself as the unapologetic pro-privacy browser. Instead, it has come to seem hesitant and conflicted, the “alternative browser” that’s no longer sure what that should mean.

“No one else can stand on privacy like Mozilla could,” one former employee said. “If they wanted to.”