President Obama's "opponents have been lying like motherf-ckers," said the "Daily Show" host 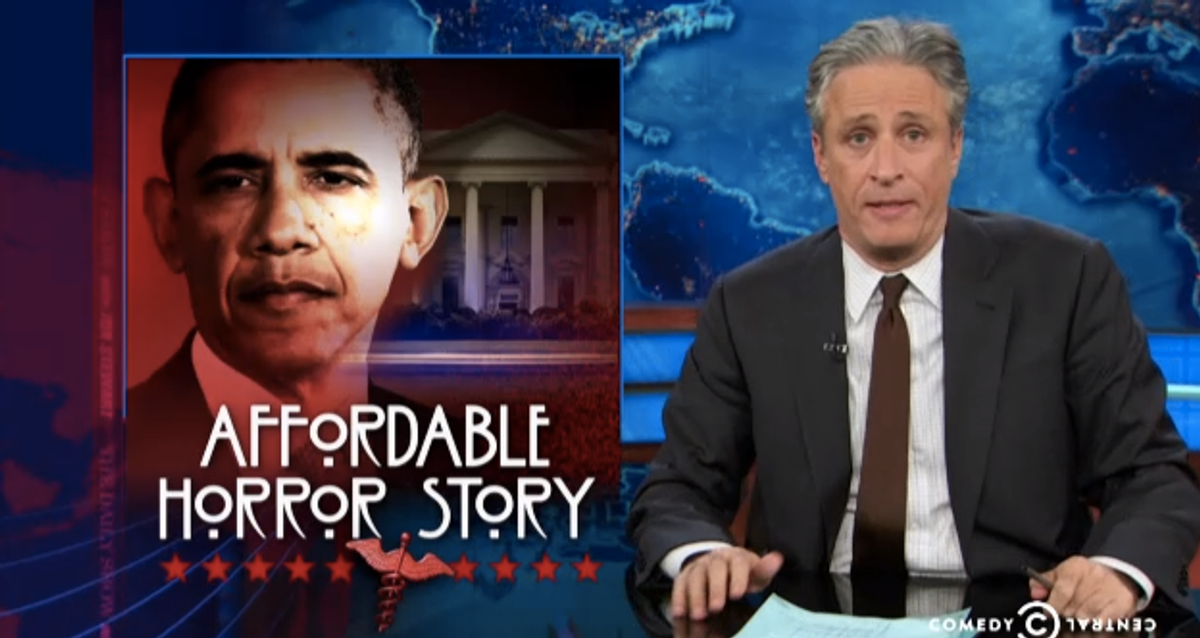 On Tuesday night, Jon Stewart executed a brutal takedown of both President Obama, for his "dishonest" portrayal of the Affordable Care Act, and of media outlets and political pundits who are spreading lies about the healthcare law. (One conservative activist even said Obamacare was the worst thing to happen to America since slavery.)

"His opponents have been lying like motherf-ckers," said Stewart, before fact-checking several reports by CNN and Fox News.

"So many people seem to feel the need to stretch the truth to attack it," said Stewart. "If something is genuinely bad, just telling the truth about it should be sufficient. There's a reason '12 Years a Slave' doesn't have vampires and zombies -- it doesn't need them! Not to mention that some of the arguments against the Affordable Care Act make no sense whatsoever."