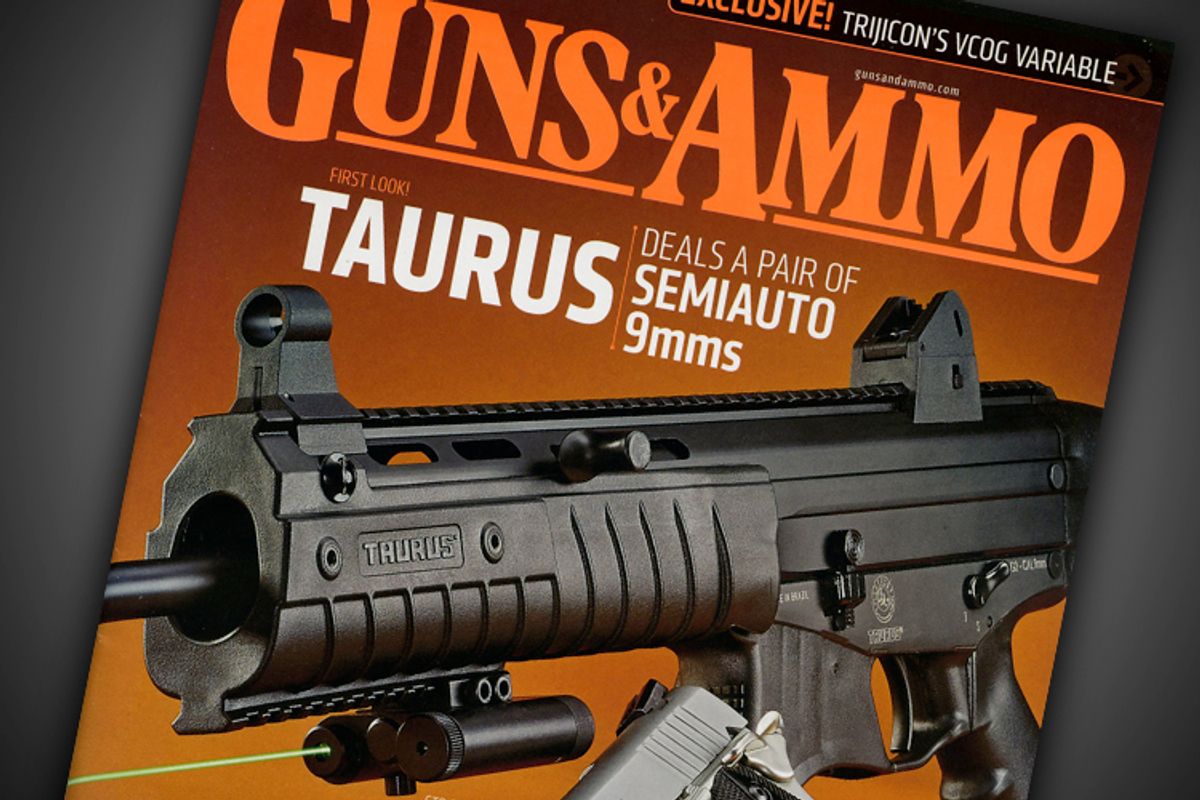 Guns & Ammo, a popular magazine among gun enthusiasts, recently ran an Op-Ed by editor Dick Metcalf arguing that some limited forms of regulation are probably constitutional. This would strike most observers as a rather banal argument. But the readers of Guns & Ammo are decidedly not most observers: Metcalf's piece inspired a full-scale reader revolt/freakout.

For a sense of the outcry, check out this Facebook screen-grab, via New York Magazine's Joe Coscarelli: And there's plenty more where that came from. One particularly enlightened gun enthusiast, for example, opined ([sic] to basically all of the following): "You cannot be FOR and Against it that's insanity. You have let us down. Its like saying your a Jew but Hitler is you idol. This is Ludicrous. I will be cancelling my subscription."

Comments like the above have spurred Guns & Ammo's editor in chief, Jim Bequette, to not only fire Metcalf but also expedite his own departure, originally planned for Jan. 1, 2014. "I made a mistake by publishing the column," Bequette wrote in an apology to readers. "I thought it would generate a healthy exchange of ideas on gun rights. I miscalculated, pure and simple. I was wrong, and I ask your forgiveness."