The Philippines is about to get slammed by Haiyan, one of the strongest storms ever recorded 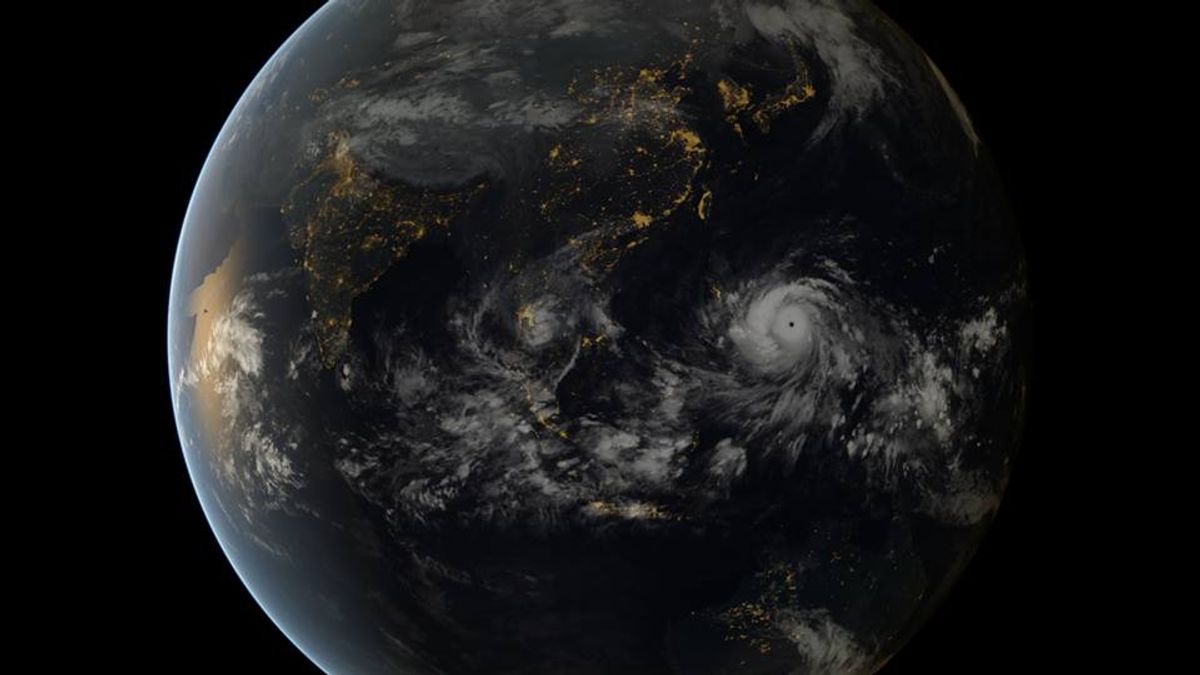 Typhoon Haiyan approaching the Philippines (13:00 UTC 07/11/2013). Image captured by the geostationary satellites of the Japan Meteorological Agency and EUMETSAT. (EUMETSAT/Facebook)
--

The central Philippines is about to get hit by what's already being considered the most powerful storm on the planet this year, and one of the most intense tropical cyclones ever recorded. Haiyan -- or, as it's known in the Philippines, Yolanda -- is expected to make landfall Friday.

Until then, according Joint Typhoon Warning Center, Haiyan could get even better. But as the Washington Post points out, it's already come close to reaching the theoretical maximum intensity possible for a cyclone.

“It is a perfectly symmetrical storm with the eye completely clear so it is as strong as you can get," said Weather Channel lead meteorologist Michael Palmer, who warned that the storm will likely cause a "significant loss of life."

CNN reports on the preparations being made, noting that the 350,000 people displaced by last month's massive earthquake may be especially vulnerable:

Authorities in the region had moved more than 3,800 people to evacuation centers by late Thursday, Maj. Reynaldo Balido of the Philippine Office of Civil Defense said.

Most of those relocated live in Tacloban City, which sits on the coast of the island of Leyte and has a population of more than 200,000.

In a speech Thursday, President Benigno S. Aquino III warned residents of the "calamity our countrymen will face in these coming days."

"Let me repeat myself: This is a very real danger, and we can mitigate and lessen its effects if we use the information available to prepare," he said.