Aziz Ansari: Racist grandmas are dying, and that is a good thing 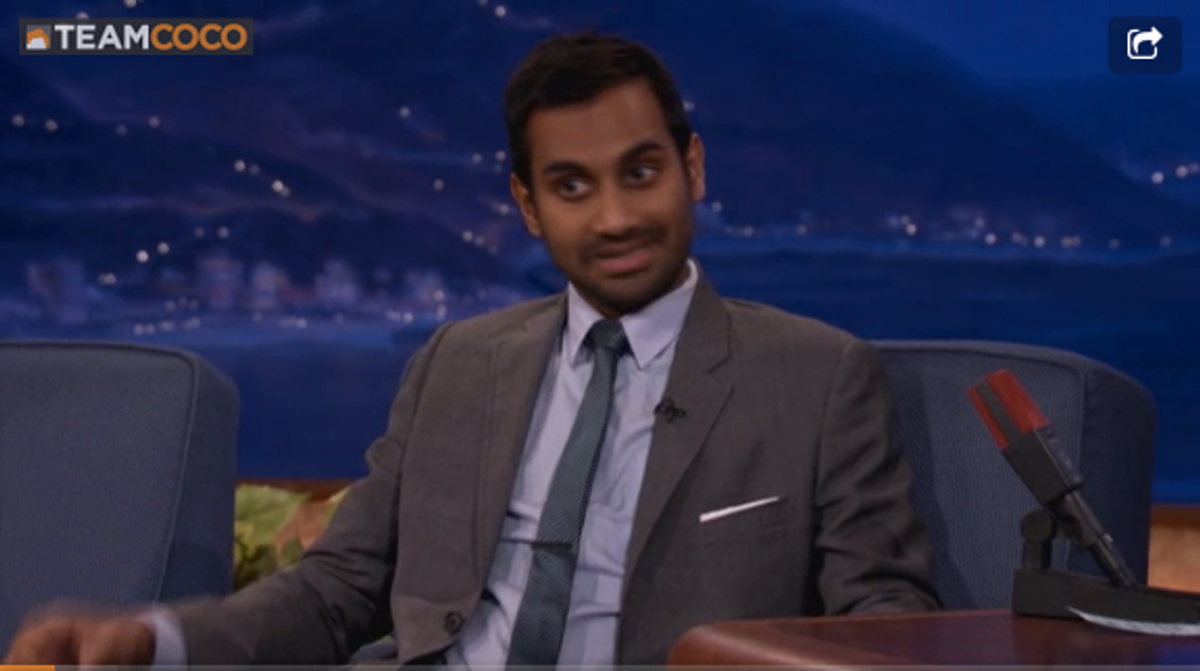 Aziz Ansari got really real (and really funny) on "Conan" Thursday night. After talking about how a handful of racist Twitter creeps managed to dominate the coverage of the first-ever Indian-American woman to be crowned Miss America, Ansari explained that, in general, racist people seem to be "slowly going away."

Then he dropped the euphemism and got to his real point.

"Clap if you lost a racist grandma in the last year or two," Ansari asked the audience. (A lot of clapping ensued.)

"You know what I'm talking about. We all have them. You have that one grandma who passes away and, it's like, 'Oh, it's so sad ... Eh, she was kind of a racist piece of shit.'"