After Fox News staff were paid to leave pro-Fox comments on blogs, Stephen Colbert takes it one step further 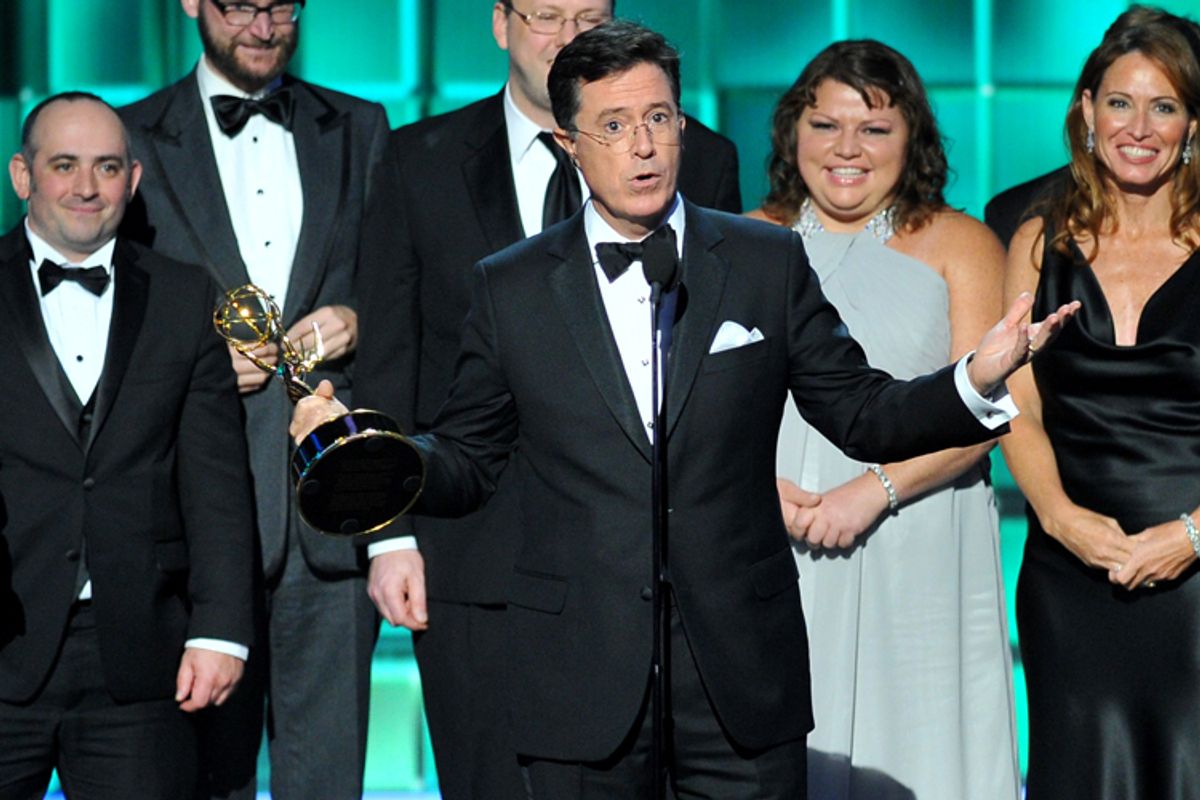 Stephen Colbert, center, and cast and crew of "The Colbert Report" (AP/Vince Bucci)
--

Earlier this year, NPR reporter David Folkenflik dropped a bombshell in his new book Murdoch’s World when he reported that Fox News staffers were paid to leave comments on blogs:

On the blogs, the fight was particularly fierce. Fox PR staffers were expected to counter not just negative and even neutral blog postings but the anti-Fox comments beneath them. One former staffer recalled using twenty different aliases to post pro-Fox rants. Another had one hundred. Several employees had to acquire a cell phone thumb drive to provide a wireless broadband connection that could not be traced back to a Fox News or News Corp account. Another used an AOL dial-up connection, even in the age of widespread broadband access, on the rationale it would be harder to pinpoint its origins. Old laptops were distributed for these cyber operations. Even blogs with minor followings were reviewed to ensure no claim went unchecked.

In response, Stephen Colbert has released a new Twitter handle, @RealHumanPraise, which offers anything but. Every two minutes, the bot pulls quotes from a positive movie review on Rotten Tomatoes and replaces them with Fox shows and personalities. Hilarity ensues.

A few of Salon’s favorites:

The treasure still stands proud as a comedy easy chair of sorts, but even more vividly as Megyn Kelly's finest hour as a pundit. #PraiseFOX

The O'Reilly Factor is one of the best horror productions ever made -- and, as an inescapable result, one of the most horrifying. #PraiseFOX

Bret Baier...wasn't afraid to entertain his audience with a good story, likeable characters, and a little schmaltz. #PraiseFOX

Stossel is disturbing and haunting, but most of all, it's an immensely compelling and taut thriller. #PraiseFOX