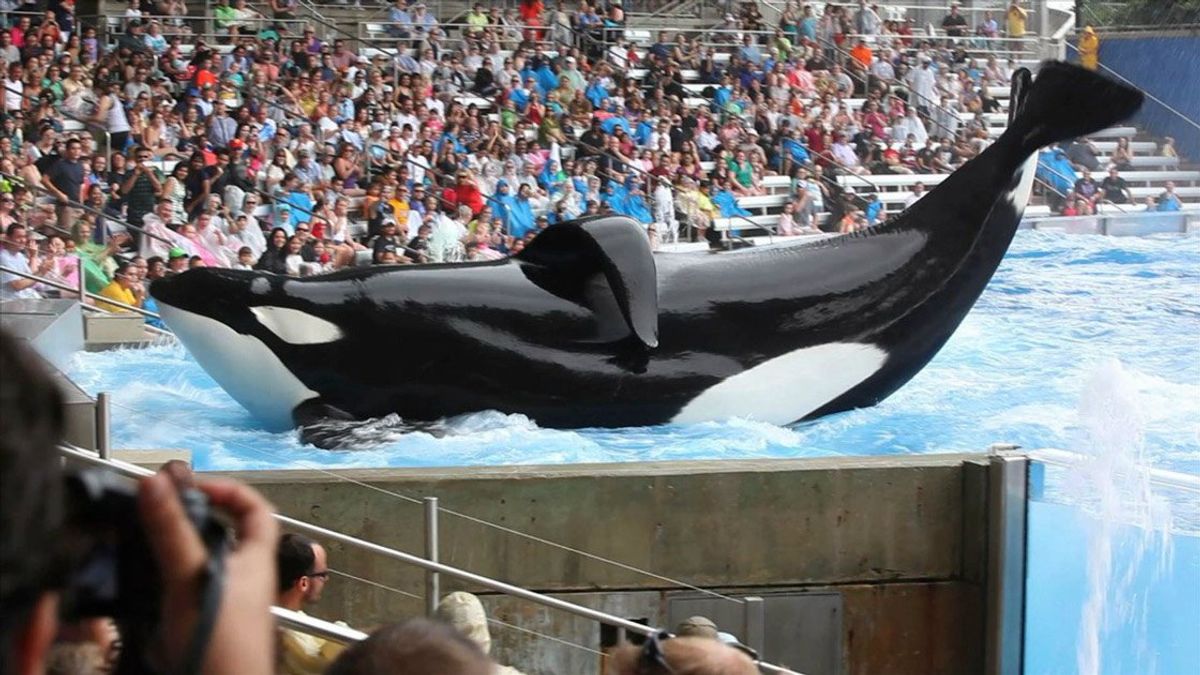 Critics are calling it "an aggressive, impassioned documentary that will change the way you look at performance killer whales"; SeaWorld prefers to refer to it as an "inaccurate and misleading" exploitation of a tragedy. But the film airing on CNN about orcas turning on their trainers is undoubtedly accomplishing what it set out to do: getting people to question SeaWorld's business model of keeping killer whales in captivity.

Shares of the Orlando-based water park are down 25 percent from the year's highs, and "the more people see the film Blackfish, the deeper stock of SeaWorld Entertainment Inc. dives," writes Al Lewis at Marketwatch:

Sales for the quarter ended June 30 totaled $255 million, down from $259 million during the same quarter last year, but SeaWorld attributes the slight decline to bad weather, not the film, which had yet to hit a mainstream audience. Through August 2013, SeaWorld says revenue rose about 3% over the same period in 2012. “We remain on track to achieve a record year,” CEO Jim Atchison said in a press release.

As Lewis points out, the company foresaw something like this happening when it went public in April, noting bad PR as a "risk factor" in its initial public offering registration:

“An accident or an injury at any of our theme parks ... that receives media attention, is the topic of a book, film, documentary or is otherwise the subject of public discussions, may harm our brands or reputation, cause a loss of consumer confidence in the Company, reduce attendance at our theme parks and negatively impact our results of operations.”

The filmmaker, Gabriela Cowperthwaite, has said that the point of the film wasn't to destroy SeaWorld, but to instead encourage in the direction of becoming more like a marine sanctuary than an animal circus:

People always wonder whether I believe SeaWorld should be closed down. I always say no. They have tremendous financial resources and could play a key role in creating sea sanctuaries which could be a profit-making endeavor. I believe people would flock to a site where a killer whale is being a killer whale for the first time -- something infinitely more satisfying than seeing a killer whale dance the Macarena.