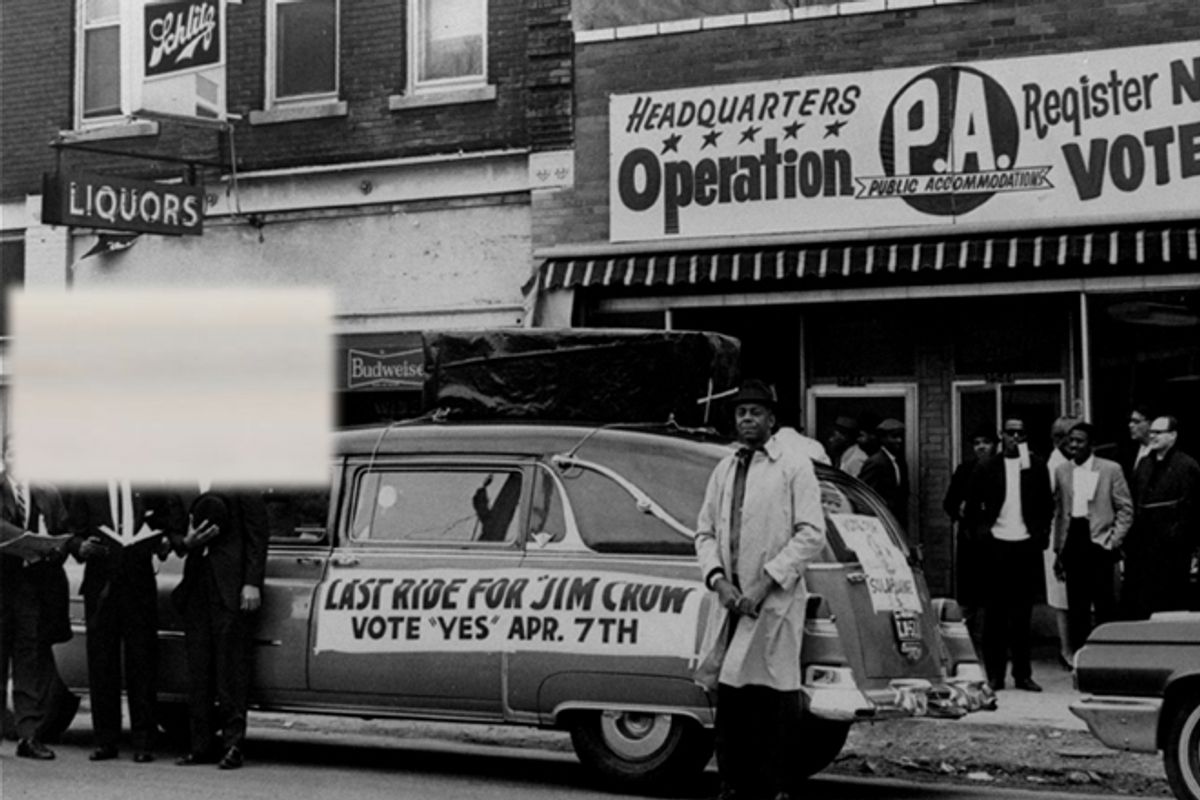 When Christians get political, they often do so because they believe that they have God on their side. This is true whether they are progressive or conservative, and throughout most of American history there have been both. (You’d think that the conflicting claims about what God wants would lead to more doubting, but here we are.) Looking over the long history of people claiming to be speaking for God’s wishes, it quickly becomes evident that Christians are frequently on the wrong side of history. Here are 10 things that American Christians of the conservative stripe got completely wrong when they were so sure they were speaking on God’s behalf.

1) Slavery. Both sides of the American slavery debate claimed to be speaking from profound Christian conviction. The Bible clearly has a positive view of slavery, something pro-slavery Christians routinely pointed out. Abolitionists took a broader, less literal view of the Bible. Unsurprising that this divide led to the South being, to this day, home of the most people who take a literalist, fundamentalist view of Christianity.

Of course, nowadays you can’t find even the most literalist fan of the Bible who is willing to agree with their predecessors in the 19th century who believed the Bible endorsed slavery. Of the many things conservative Christians have gotten wrong over the years, the pro-slavery argument is probably the one that is least likely to be revived by modern fundamentalists.

2) Women’s suffrage. Unsurprisingly, conservative Christianity was hostile to women’s suffrage, just as it’s been hostile to women’s progress every step of the way. Women’s “God-given” roles were routinely referenced in arguments against giving women the right to vote, such as when Susan Fenimore Cooper—daughter of James Fenimore Cooper–wrote in Harper’s that “Christianity confirms the subordinate position of woman, by allotting to man the headship in plain language and by positive precept.”

While the argument is clearly wrong in retrospect and disavowed by most modern conservatives, there are still some Christian conservatives who continue to believe that the issue isn’t resolved and should still be up for debate.

3) Evolution. From the second it became evident that the Biblical story of creation was wrong and life on earth evolved over millions of years of random mutation, many Christians were aghast and resisted the truth getting out as hard as they could. Because of this, there have been multiple times throughout history where Christians embarrassed themselves by being wrong in a dramatic courtroom setting. The Scopes monkey trial is the most famous, but the Dover trial of 2005 over the teaching of intelligent design in schools is up there in terms of sheer humor. The Republican-appointed judge even went so far as to describe the Christian conservative defenders of creationism as liars pushing a theory of “breathtaking inanity.”

4) Pain relief for childbirth. The Bible explicitly lays out pain in childbirth as Eve’s punishment for sin, so unsurprisingly, that’s what many Christians in the 19th century believed had to be so. Once reliable pain relief in childbirth began to be developed, therefore, there was a lot of resistance to it from Christians who feared it defied God to let women have some relief. The truth is that pain in childbirth is not a punishment from God, but the product of evolution, which is a far from perfect process. Eventually, the argument that women owed it to God to suffer through childbirth faded to the fringes of right-wing Christianity. “Natural” childbirth has seen a resurgence in popularity in the secular world since the 1960s, but that was more of a reaction to some medical overreach than a belief that women are sinful and deserve to suffer.

5) Catholics. Modern American conservative Protestants embrace Catholics and have even started to borrow some Catholic arguments against things like abortion and contraception. But in the early 19th and 20th centuries, there was widespread anti-Catholic sentiment, much of it tied up in hostility to Catholic immigrants. There was even an anti-Catholic political party in the early 19th century. Catholics were viewed as idolaters and drunkards by many Protestants, but by far the most bizarre relic of anti-Catholic paranoia is the fear that evil shenanigans were going on in nunneries. A woman writing under the pseudonym “Maria Monk” penned a best-selling book where she claimed to have escaped a convent where she was forced to be a sex slave and pressed into the act of killing babies and hiding their corpses. Needless to say, none of her accusations should be taken as anything approaching true. Anti-Catholic paranoia also led to another Christian-led folly…

6) Prohibition. Hostility to Catholic immigrants was a large part of the reason temperance mania took over many Protestant communities in the 19th and early 20th centuries. Despite the fact that Jesus was a wine drinker, abstinence from alcohol—and forcing abstinence on others by force of law—became a major Christian cause during this period, leading up to Prohibition. This was true, even though many in the temperance movement were also aligned with the suffragist cause, making Prohibition one of the few Christian follies that weighs as heavily on the progressive Christian tradition as it does the conservative one. Luckily, it took little more than a decade for the bigtime error that was banning alcohol to be fixed.

7) Segregation. Religious leaders like Martin Luther King Jr. led the desegregation movement, but it’s also important to note that the pro-segregation movement was also conceived as a Christian one. Arguments against “race mixing” were largely framed in religious terms. The judge who initially ruled against the interracial couple in Loving v. Virginia argued that the “Almighty God” put people on separate continents and “did not intend for the races to mix.” Christian right leader Jerry Falwell got his start fighting to uphold segregation, giving sermons about how integration was offensive to God. As Max Blumenthalnoted in the Nation, the modern religious right as we know it started off as a movement to defend segregation.

8) Contraception. From the beginning of the “birth control movement,” Christian conservatives fought to keep women from being able to have sex without getting pregnant. Devout Christian Anthony Comstock successfully convinced Congress in 1872 that contraception was ungodly, leading to a federal ban on sharing birth control information across state lines. This was finally repealed in 1936. In 1963, the Supreme Court ended anti-contraception laws for married women. Finally, in 1971, the Supreme Court also eliminated the last of the god-bothering anti-contraception laws banning birth control for single people. Nowadays, 99 percent of sexually active women have used contraception at some point in their lives.

9) School prayer. Along with supporting segregation and opposing feminism, the third issue that created the modern religious right is the issue of prayer in public schools. In 1961, the Supreme Court ruled against school-led prayers, even if they were supposedly voluntary. Instead of giving up a chance to use schools as a way to foist their beliefs on the unwilling, the religious right spent and continues to spend the next 50-plus years trying to find some way to sneak religious indoctrination/bullying of non-believers into public schools. They’ve attempted to sneak it in by having students lead it, as if that makes it less coercive. Recently, in Rhode Island, they tried to sneak it in by having it written on a wall instead of recited. Most attempts fail in court. Even though there’s no evidence that these bullying tactics have ever converted anyone to their faith, they keep trying.

10) Marriage equality. The religious right is still fighting like it’s not obvious that they’re wrong on this one. The tide is shifting so fast it’s quickly becoming apparent that this issue, like segregation, is going to be one where they’ll be pretending they didn’t fight so hard for the side of wrong in a few decades. The majority of Americans now support same-sex marriage. Illinois is becoming the 15th state to authorize it. The momentum is in the direction of justice, and as gay rights proponents said from the beginning, Christian conservatives are, as with most things, on the wrong side of history.