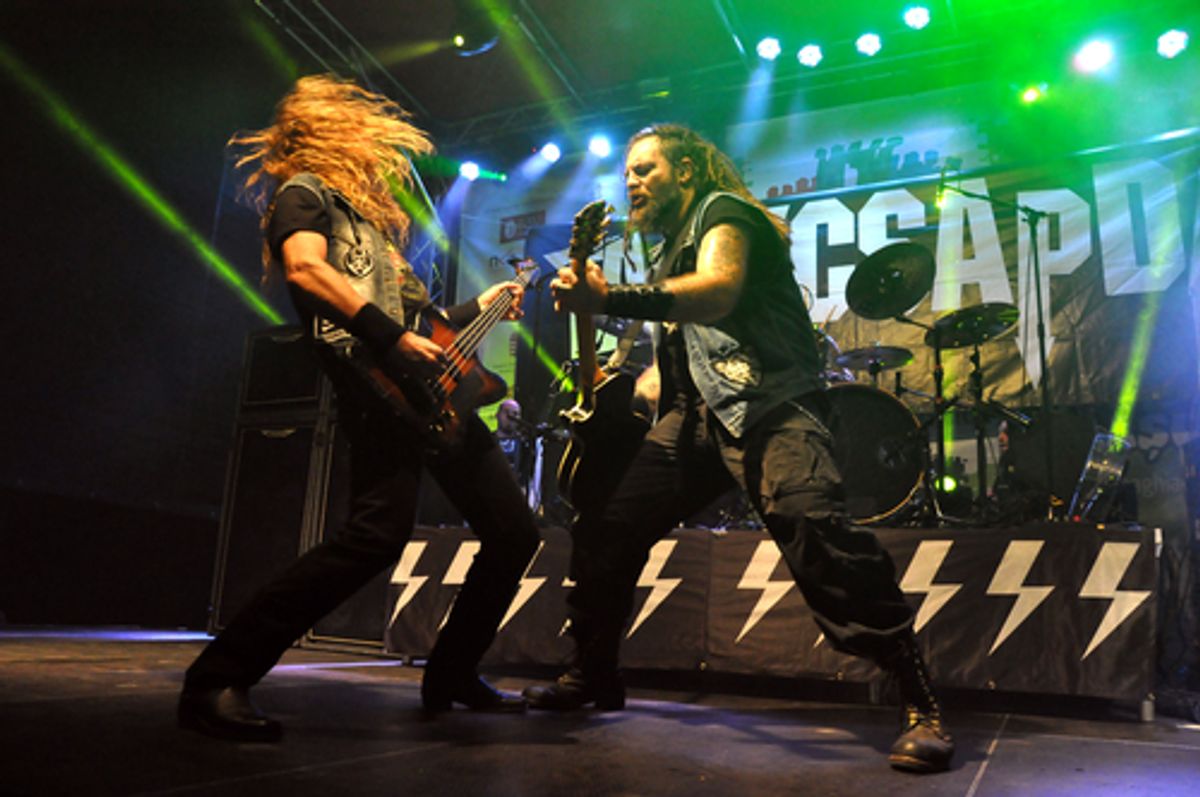 Heavy metal fans tend to be stereotyped as angry, alienated, and rebellious. The genre “attracts the misfits, unwashed miscreants, the crazies,” as an Arizona music writer put it last year. “The aggression and precision speaks to them, gives them an outlet for their pent-up rage or whatever hard-to-define thing lives inside them.”

A newly published study attempts to elucidate that hard-to-define thing. A research team led by University of Westminster psychologist Viren Swami paints a psychological portrait of the men (and they are mostly men) who love metal, reporting that fans “show a particular constellation” of personality traits.

Swami and his colleagues focused on enjoyment of contemporary metal (AKA metalcore, extreme metal, or thrash metal), a genre characterized by “heavy guitar riffs, double-bass drumming, breakdowns (slow, intense passages that are conducive to moshing), and overall loudness.” This music, they note, tends to use complex rhythms, extreme tempos, and a vocal style characterized by “shouting, shrieking and growling.”

Their study featured 219 women and 195 men living in Great Britain. After filling out surveys designed to reveal a variety of personality traits, they listened to 10 tracks of contemporary heavy metal music and rated each on a one-to-seven scale (from “extreme dislike” to “extreme like”).

Matching music preference to the Big Five personality traits, Swami was not surprised to find “openness to experience” was associated with enjoyment of heavy metal. People who embrace the new and different tend to be “drawn to forms of music that are intense, engaging and challenging,” he notes, “of which heavy metal is but one example.”

Those with a strong preference for metal “were also more likely to have lower self-esteem,” the researchers write. They speculate this style of music “allows for a purge of negative feelings,” producing a catharsis that may “help boost self-worth.”

Appreciation for metal was also associated with a higher-than-average need for uniqueness, and lower-than-average levels of religiosity. “It is possible that this association is driven by underlying attitudes towards authority, which may include religious authorities,” they write.

“Finally, we found that men showed a stronger preference for the (heavy metal) tracks than women,” they write. This conforms with earlier research which showed metal and related genres often emphasize masculinity and male superiority—an attitude that, for obvious reasons, has less appeal to females.

Altogether, the results suggest that “heavy metal fans may have (psychological) profiles that distinguish them from fans of other musical genres,” the researchers conclude.

“Rather than stereotyping fans as deviant, antisocial or violent,” they write, “it may be more fruitful to understand the psychological needs that contemporary heavy metal fill for some individuals.”

In other words, don’t be so quick to trash thrash.