How to get selfish humans to care about climate change: Polar bears! 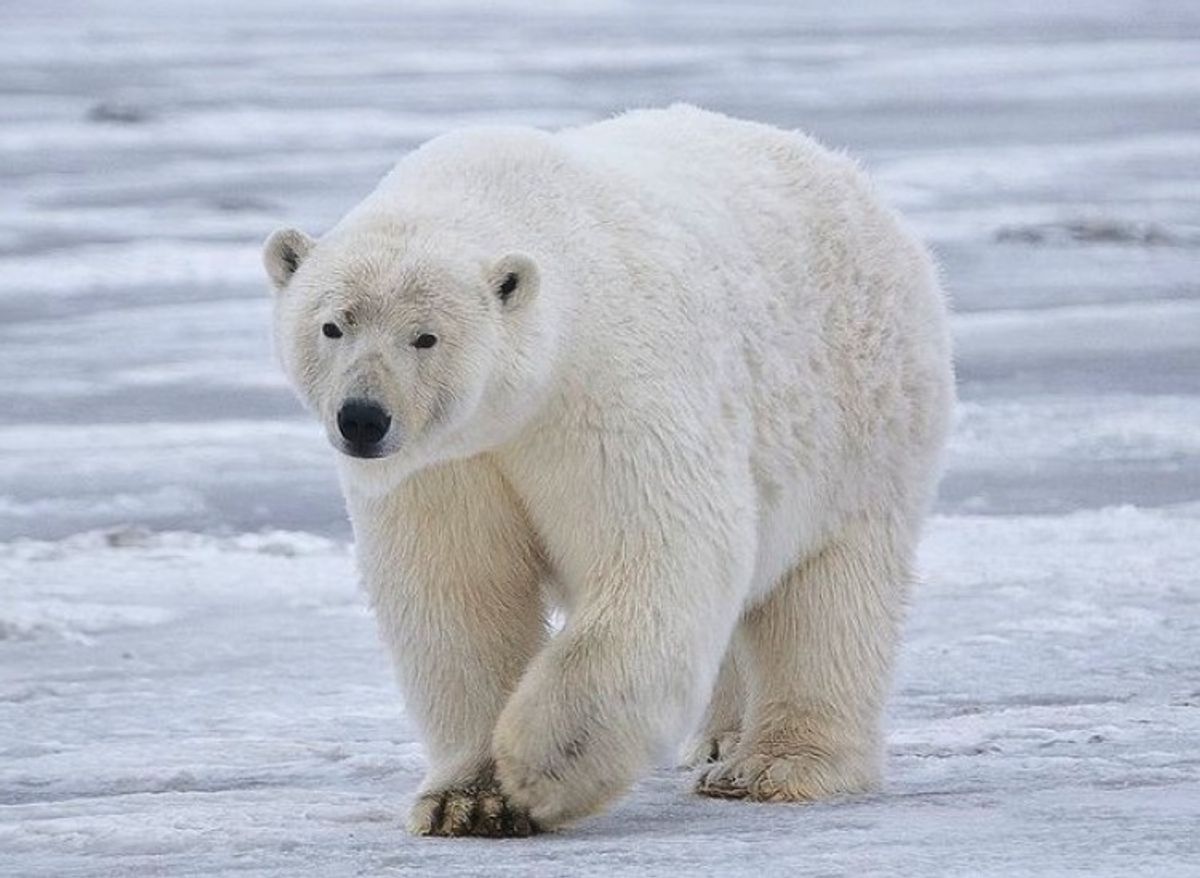 This week, I've been periodically checking in to watch Explore.org's live cams that track this season's polar bear migration in Canada. It's addictive, in the same way the old show "Sunrise Earth" was - it transports you to a place where most of us don't ever get to go:

As I watch, I find myself thinking about a particular commercial. No, not the Coca-Cola spots, but the much-ballyhooed Nissan ad from a few years ago - the one for its zero-emissions electric car. The star of the spot was not a celebrity, or even a human being. It was a polar bear like those you see through the live cams - and it was struggling to survive in the face of catastrophic climate change.

One thing that made the ad so special is how it provided a visual (if oversimplified) representation of what problems are bearing down on polar bears as humans continue to destroy the climate. Since the spot came out, we've learned even more about these problems. This year, in fact, top environmental scientists have warned that the polar bear population faces certain doom unless radical steps are taken to prevent them from going extinct. In practice, this extinction process probably won't be instantaneous - it may look more like a cascading series of events like this, this and this. Adding insult to grievous injury, fossil fuel companies are now looking to ship oil through Canada's polar bear country, raising the prospect of spills. In light of all that, the Nissan ad looks in retrospect a bit understated.

The other thing that made the Nissan spot so special was its attempt to create a human-animal connection so as to make viewers care more about the bears' plight. This trick implicitly acknowledged a lamentable truth: if humans cannot see an immediate and direct self-interest in protecting an animal species, then the next best way to get humans to give a crap about said species is to make the animals seem both huggably cute and not so far away. Thus, the shaggy polar bear giving a hug to the dude in his suburban driveway.

With Explore.org's live cams, there's a similar emotional appeal at work, only it's even stronger because it isn't a visual fairy tale - it's actually real. No, the live cams don't let you see someone hugging a bear (if you saw someone try to do that, they would probably be a moment away from getting mauled). But the real-time, ongoing feed is a powerful reminder that abstract debates immersed in anodyne words like "environment" and "ecosystem" and "carbon emissions" and "wildlife" and "climate" create a cocoon that insulates us from the actual environment.

Like those Nissan ads, the live feed busts open the cocoon, giving you a momentary relief from Nature Deficit Disorder. You get to see with surveillance-camera-esque precision that there are real living things in real places who this whole climate debate affects - and in even more dire ways than storms and floods. Those living things, in fact, are desperately relying on us to reconsider our decisions to destroy the entire planet just because we just don't want to eat fewer hamburgers, or ride public transportation or drive more fuel efficient cars.

Of course, some people may not want to look at the cams precisely because they are such an obvious reminder of the real-world ramifications of humanity's reckless behavior. There's an ignorance-is-bliss comfort in looking away from the destruction. After all, it's easier to gorge on another steak and gun the SUV engine if you don't have to think about the consequences for any living being but yourself.

But for many of us, seeing what climate change means not just for us but for so many other beings makes it all the more real - and, thus, it makes the campaign to halt climate change seem as urgent as it actually is.