Is South Florida failing to acknowledge its disastrous, watery future? 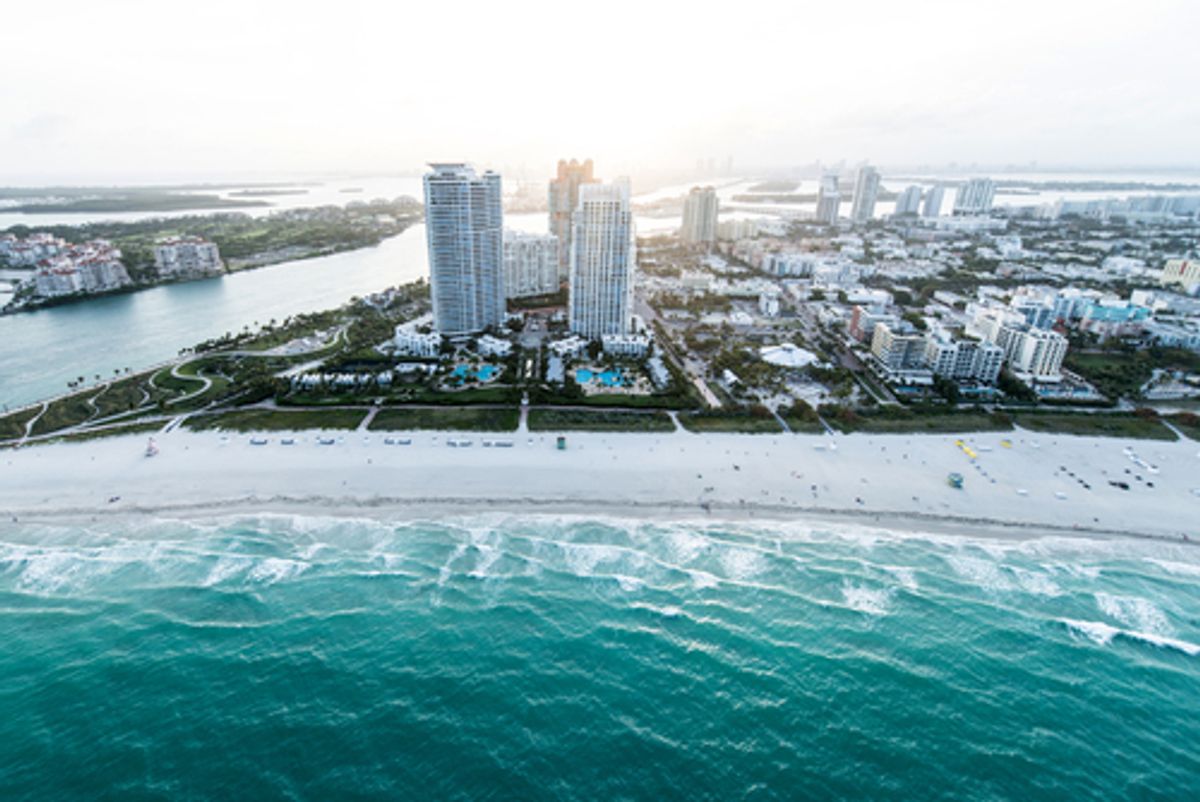 How do you convince a booming economy that the very existence of the city in which it thrives may not be long for this world? It's not easy, according to The New York Times, which reports on local and state efforts to address the rapidly rising sea levels that threaten engulf South Florida as soon as 2100.

Broward, Miami-Dade, Monroe and Palm Beach countries, the Times reports, have teamed up to work on solutions, while Fort Lauderdale last week held a two-day conference on climate change. But state legislators are doing little in response to even conservative estimates of sea level rise -- and the business, real estate and tourist industries appear willfully ignorant of what sea level rise would mean for the economy.

“I don’t think people realize how vulnerable Florida is,” Harold R. Wanless, the chairman of the geological sciences department at the University of Miami, told the Times. “We’re going to get four or five or six feet of water, or more, by the end of the century. You have to wake up to the reality of what’s coming.”

It could be that forecasting up to 6 feet of water by the end of the century -- in an area where a calculated $156 billion in property lies less than 3 feet above the high tide line -- is too dire of a prediction to get much response:

[Charles Tear, the Miami Beach emergency management coordinator] said he and other city officials were focused on the more conservative prediction that the seas will rise by five to 15 inches over the next 50 years.

“We’re not comfortable looking at 2100,” he said, noting that for planning purposes he adhered to a projection that foresaw two feet of sea-level rise by 2060.

A more appropriate "realistic" response, at least according to Wanless, would be to forget geo-engineering projects and start clearing out low-lying areas. Few seem ready to face such drastic measures now; but soon, they may be forced to.