"It was a mistake to include [Dylan Davies] in our report," said Lara Logan. "For that, we are very sorry" 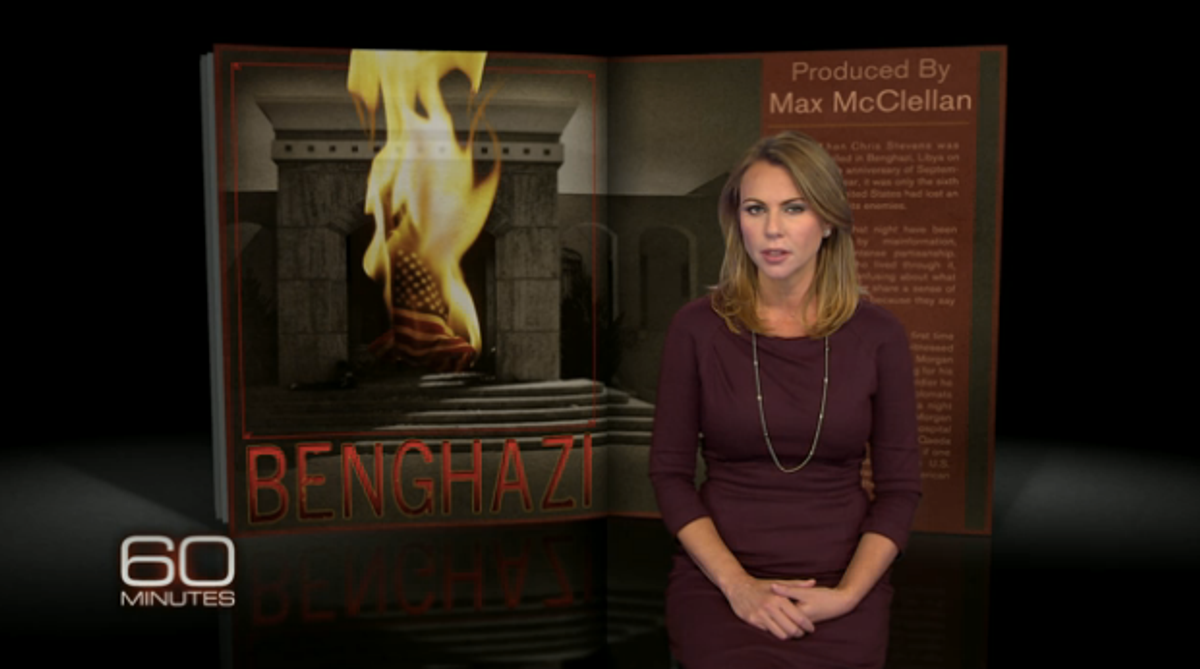 After numerous journalists called on "60 Minutes" to retract its Oct. 27 report on Benghazi, which was based on an unreliable eyewitness account, anchor Lara Logan has issued a formal correction.

Security officer Dylan Davies, who went by Morgan Jones in the "60 Minutes" report, told Logan that he was in the compound the night that Ambassador Christopher Stevens was killed -- an account that, the Washington Post reported, was wildly different from what he told his own supervisors. It was also different from the account he reported to the FBI.

"On Thursday night, when we discovered that the account he gave the FBI was different than what he told us," said Logan, "we realized we had been misled."

"It was a mistake to include him in our report," she said. "For that, we are very sorry."