Spring break: Another reason to care about climate change 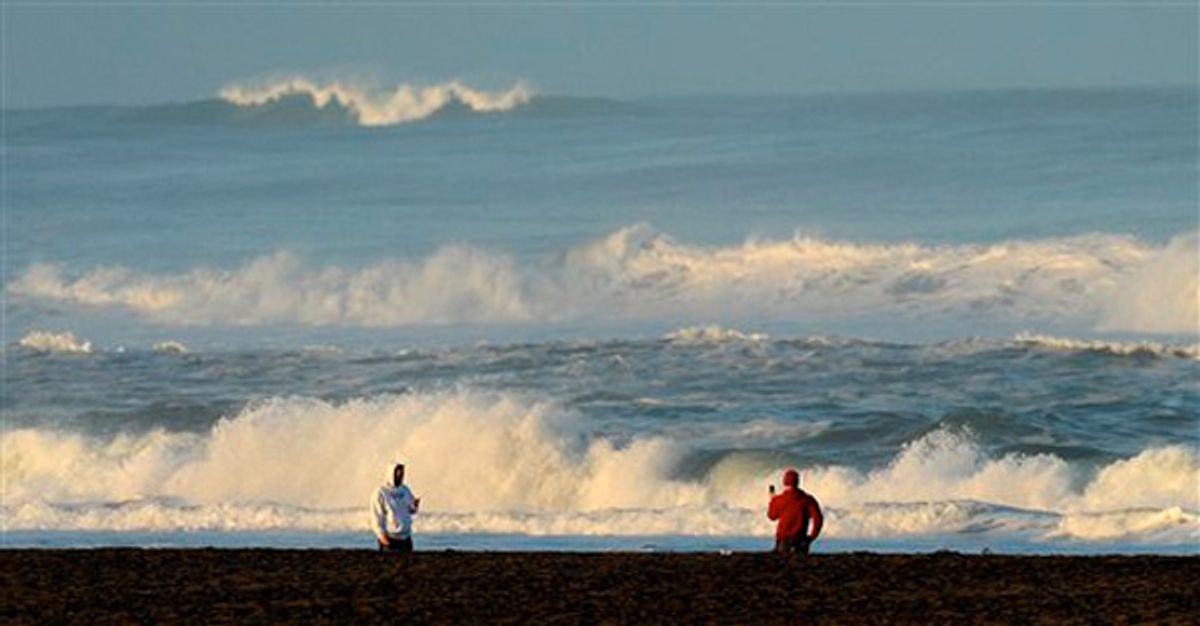 Sipping outsized cocktails and peering gingerly at the sparkling turquoise waters from behind sunglasses, the partiers sprawl on deckchairs, recovering from the night before.

Vendors walk barefoot through the sand, offering cut-price shawls, coral plucked from the seafloor, and rides on inflatable bananas towed by speedboats.

Just behind us is the wildly popular Coco Bongo nightclub, one of the highlights of Cancun’s central strip — and an iconic part of the multi-billion dollar investment that has made this the Caribbean’s most successful resort.

Off to the horizon stretches the legendary ribbon of fine, white sand without which there would be neither tourists nor the bars, restaurants, boutiques and discos that relieve them of their hard-earned cash.

Cancun’s perfect tropical beach is its principal selling point. Made from the remains of long-dead corals, it famously stays cool even on the most scorching days.

Yet the only reason the resort still has a beach is thanks to a $70 million project in 2010 to replenish it by dredging up more than 1 billion gallons of sand from the seabed.

That was a response to the devastation wrought by Hurricane Wilma in 2005, which overnight swept away eight miles of Cancun’s prime beach.

Although scientists are wary of attributing specific weather events to climate change, most agree that warming seas in the Caribbean have already made devastating hurricanes like Wilma — not to mention Katrina and Sandy which respectively ravaged New Orleans and New York — increasingly frequent.

“It was just rock. You couldn’t do anything. You couldn’t work. It was really ugly,” says Eduardo Jimenez, 65, who sells parasailing rides from the beach, and remains awed by the official effort to rebuild the beach.

Yet since the project — which vacuumed up sand from the seabed of a proposed marine reserve off Cozumel Island, a scuba Mecca — the renewed beach erosion is clear for all to see.

The sand drops steeply at the high tide point. And then a few yards out to sea, there are undertows swirling around sinkholes in the sand that keep local lifeguards on their toes as bathers — some the worse for drink — regularly defy the red flags dotting the shore.

Now, as scientists predict an acceleration of climate change’s impacts, Cancun is at a crossroads.

Back in 1970, Cancun was just a remote strip of virgin coast, home to a sleepy village of fisher-folk — and a stunning, empty beach of white sand.

But then officials from Mexico City chose this spot as the site for a mega-resort intended to create jobs and fill the nation’s coffers with tourism dollars.

That goal was achieved. In 2012, Cancun generated roughly one third of the country’s tourism revenue of $12.7 billion.

Yet that may be exactly what will happen as more, stronger hurricanes, generated by warming seas, batter the Yucatan Peninsula.

Meanwhile, the Caribbean itself is slowly rising, around 3 millimeters a year, thanks to ice melting at the poles and in mountain ranges from the Andes to the Himalayas.

In the next decade or two, Cancun will likely have to repeat the sand dredging operation annually, and possibly even continuously, experts say.

“We can’t move the buildings. They are already there,” says Jorge Euan Avila, a natural resource expert at the Yucatan office of Mexico’s National Polytechnic Institute. “There is no alternative but to artificially compensate for the sand that is being lost.

“It is a question of demand and supply, cost versus benefit. There is an economic margin. Cancun is economically important for Mexico so there is the money there to spend increasing amounts on protecting its beaches.”

Yet even that may not be enough to save Cancun in the long term.

Most of the resort is built along a thin, shallow strip of sand separating the sea from a large lagoon. The IPCC, the United Nation’s panel of climate experts, now expects sea levels to riseby between 7 and 23 inches (18cm and 59cm) by the end of the century.

Meanwhile, for every inch of vertical sea rise there are typically between 80 and 100 inches of shore lost, according toKristina Hill, an environmental planning professor at the University of California, Berkeley.

From tiny Pacific island states to Florida, that spells obvious trouble for low-lying coastal areas around the world. Even for those places that don’t experience the Caribbean’s hurricanes, major losses are predicted.

One study, by California’s Department of Boating and Waterways, predicts a litany of ills that could befall the Golden State as a result of narrower beaches and storm damage, including $500 million of losses for Malibu and a similar bill for Venice Beach.

And in Cancun — a city that simply would not exist were it not for its beach — climate change woes potentially go far beyond the besieged seafront.

In the balance are the billions of dollars invested in its hotels, often just a literal stone’s throw from the current shoreline, and only a few feet above the current sea level.

“Protecting the beaches is not just putting up barriers to stop the waves. You can’t also fill in the first floors of the hotels,” says Arturo Mosso, an environmental consultant to the city government.

“You can’t be ankle deep in the hotel lobby in water. We will have to redesign Cancun. Sooner or later they will have to do what we told them all along and build the hotels on higher ground.”

Greens have long railed at the way huge hotels mushroomed up right on the beach, disrupting the sand’s natural flow and stopping the beach from replenishing itself.

Meanwhile, hotels more than a dozen stories high block the wind coming in from the Caribbean and reflect it back down over the beach, almost imperceptibly whipping grains of sand back out to sea, according to experts consulted by GlobalPost.

The brush that used to grow on the beach — whose roots helped anchor the sand — has been cleared away as it was home to insects that bugged tourists.

The problem has been compounded by corruption and the flexibility with which the law is frequently applied in Mexico. At least one environmental prosecutor in Cancun has receiveddeath threats, apparently related to his attempts to enforce beach planning laws.

Alejandra Serrano, of the Cancun branch of CEMDA, the Mexican Center for Environmental Law, says that although the city authorities, and some hoteliers, do talk publicly about climate change, the reality is that very few here are doing anything concrete to prepare Cancun for the impending threats of climate chaos.

With huge hotels with hundreds of rooms, each costing up to several hundred dollars a night, the profits are so juicy that most developers do not need to think more than 15 or 20 years ahead.

Meanwhile, environmental licensing and limits on the number of floors are flouted by well-connected developers whose expensive lawyers are experts at bending planning restrictions.

“Their approach to climate change is like the three monkeys,” says Serrano, of the hoteliers. “See no evil, hear no evil, speak no evil.”

Cancun now has a population of more than 600,000, mainly poor Mexicans who have come from across the country in search of work. Most have settled here, many buying their own homes. They, rather than rich hotel owners, are the ones who stand to lose everything.

One of them, lifeguard Carlos Perez, is unable to contemplate that worst case scenario, believing — unlike many of the experts — that permanently topping up the beach will save the city he has made home.

As he keeps a watchful eye out on a couple of sun-seekers flirting with the idea of jumping into the water right in front of a red flag, Perez says: “It would be horrible, a tragedy. The tourists want sand, so if the same happens again, we would just have to bring more sand again. There’s nothing else we can do about natural disasters.”

Disasters created by humans, however, may be harder to fix.