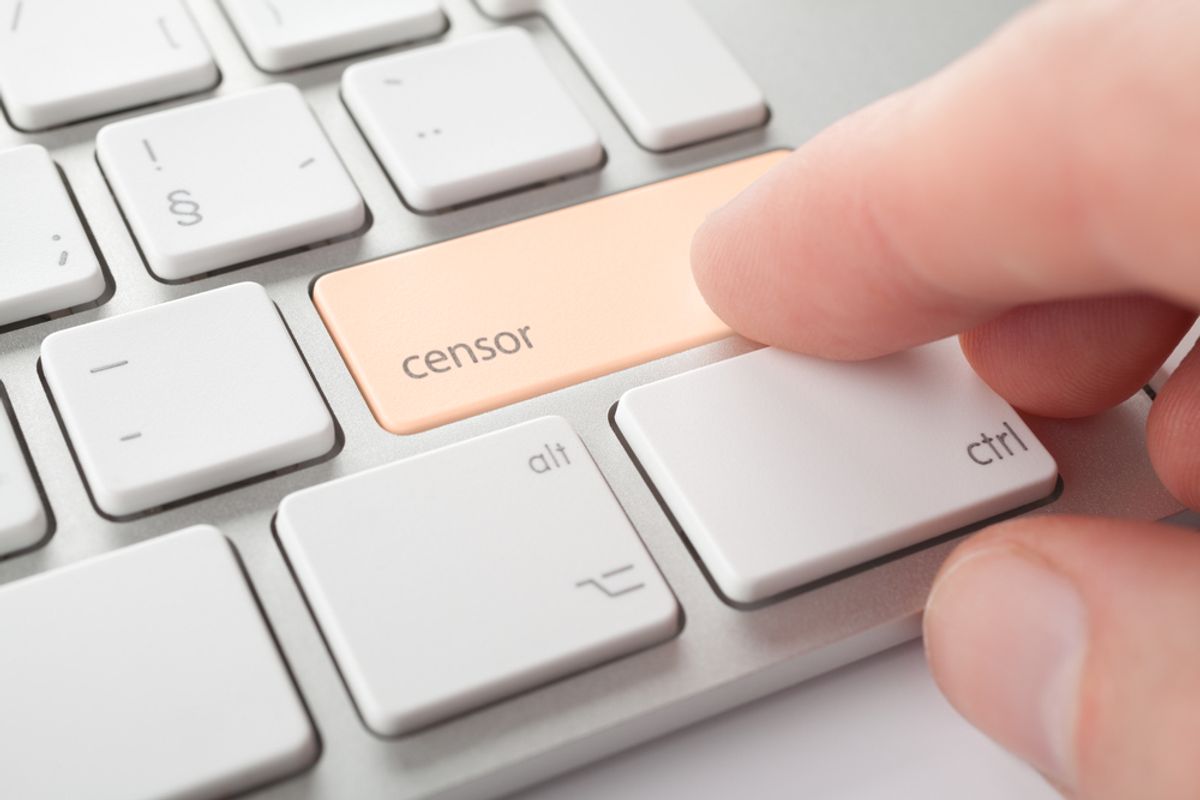 PEN America, a nonprofit that works to advance freedom of expression and speech in literature, has released a disturbing survey that finds American writers are not just increasingly worried about government surveillance as a result of the NSA -- but also engaging in self-censorship. Out of the 528 PEN members who responded to the survey, "Fully 85% are worried about government surveillance of Americans, and 73% of writers have never been as worried about privacy rights and freedom of the press as they are today." Writers are also ""self-censoring their work and their online activity due to their fears that commenting on, researching, or writing about certain issues will cause them harm," the survey finds, on topics such as "military affairs, the Middle East North Africa region, mass incarceration, drug policies, pornography, the Occupy movement, the study of certain languages, and criticism of the U.S. government":

The survey includes anonymous anecdotes about ways in which concerns over government surveillance have affected journalism:

Many PEN writers remarked that they simply take for granted that the government is watching everything. As one writer commented, “I assume everything I do electronically is subject to monitoring.” This assumption is striking: in a short span of time, the United States has shifted from a society in which the right to privacy in personal communications was considered inviolate to a society in which many writers assume they have already lost the right to privacy and now expect to be spied upon almost constantly.

One cartoonist wrote that the NSA activities under Obama are more disturbing than the Nixon era spying: “[D]uring the Nixon years, I took it for granted that the administration had an eye on me, and if it didn’t, I wasn’t doing my job. For a political cartoonist, active early on against Vietnam, one expected tax audits and phone taps. Irritating, but not intimidating. In fact, just the opposite: I was inspired. I view the current situation as far more serious, and the culpability and defensiveness of the president and his people deeply and cynically disturbing.”