The feminist case for Catholic school

A new campaign for girls' schools seems unlikely, but it makes sense 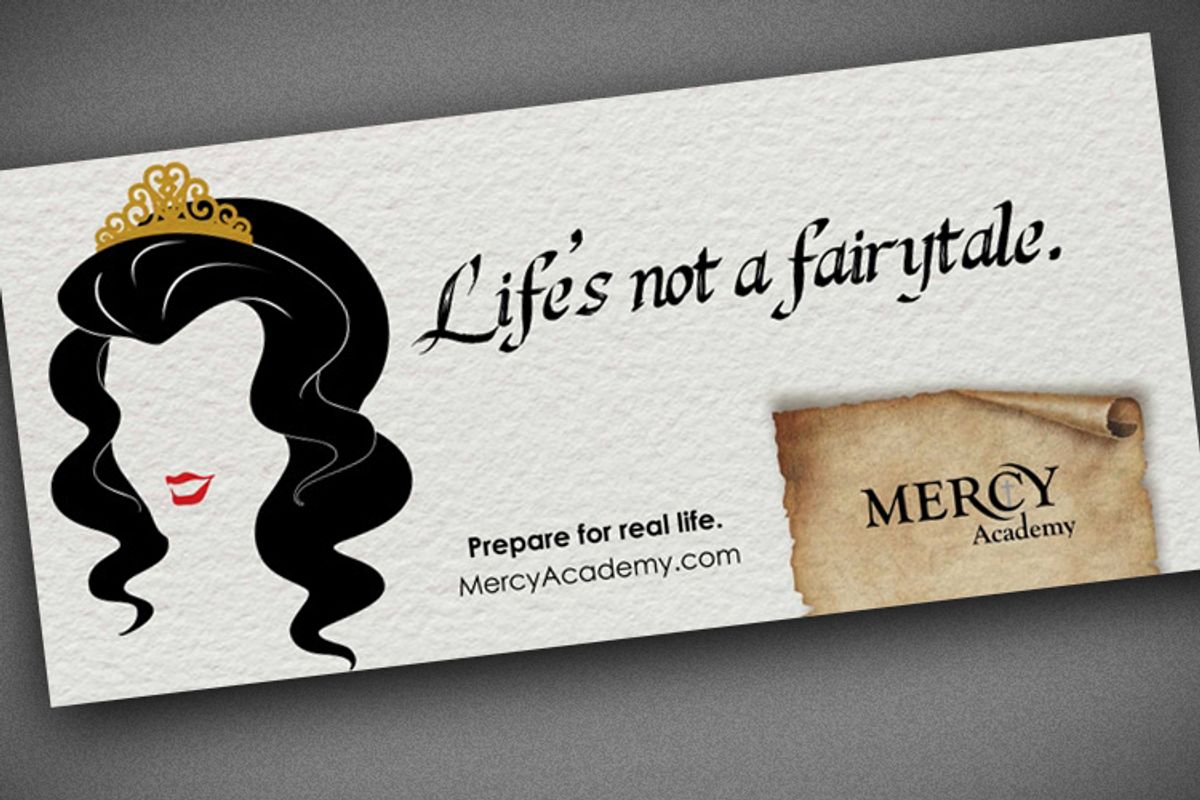 If you survived Catholic school, you probably don't need anybody to tell you life is no fairy tale. But a clever message from a girls' school in Kentucky offers a reminder that empowerment begins with education.

As AdWeek describes on Tuesday, Mercy Academy, a small Southern Catholic college prep school, has launched a new campaign telling students that "You're not a princess," "Life's not a fairy tale" and "Don't wait for a prince." The upshot? Real girls need to "Prepare for real life."

Given the Catholic Church's not-so-hot record with its own female leadership,  its backward views on reproductive health and its continued serious need for improvement regarding its views on its gay community, you can understand why the ads seem innovative. As AdWeek says, "What's most remarkable is that a Catholic preparatory school is taking a view of women's education that doesn't end in a prince. Lord have mercy, but Mercy Academy has a progressive view on women's role in the world."

But here's the funny part. The Catholic Church may have a long way to go in making its dogma more progressive, but when it comes to educating girls, its history is considerably more impressive. Single sex schools have long produced impressive results in the field of academic and organized sports achievements – and frequently produce young women who hold "significantly less stereotypic attitudes about the role of women in the workplace compared with their counterparts who attended coeducational schools." As the head of Columbus School for Girls wrote to the New York Times earlier this year, "All-girls schools are intentional about creating the characteristics that girls will need to be leaders in a world that doubts the value of female leadership: courage, confidence, grit and humor." It might sound contradictory but it's true – sometimes one of the best places to cultivate strong female leaders is right in the heart of the Catholic school system. And that's no myth.