Forget the fake "war on Christmas": End the war on autumn! 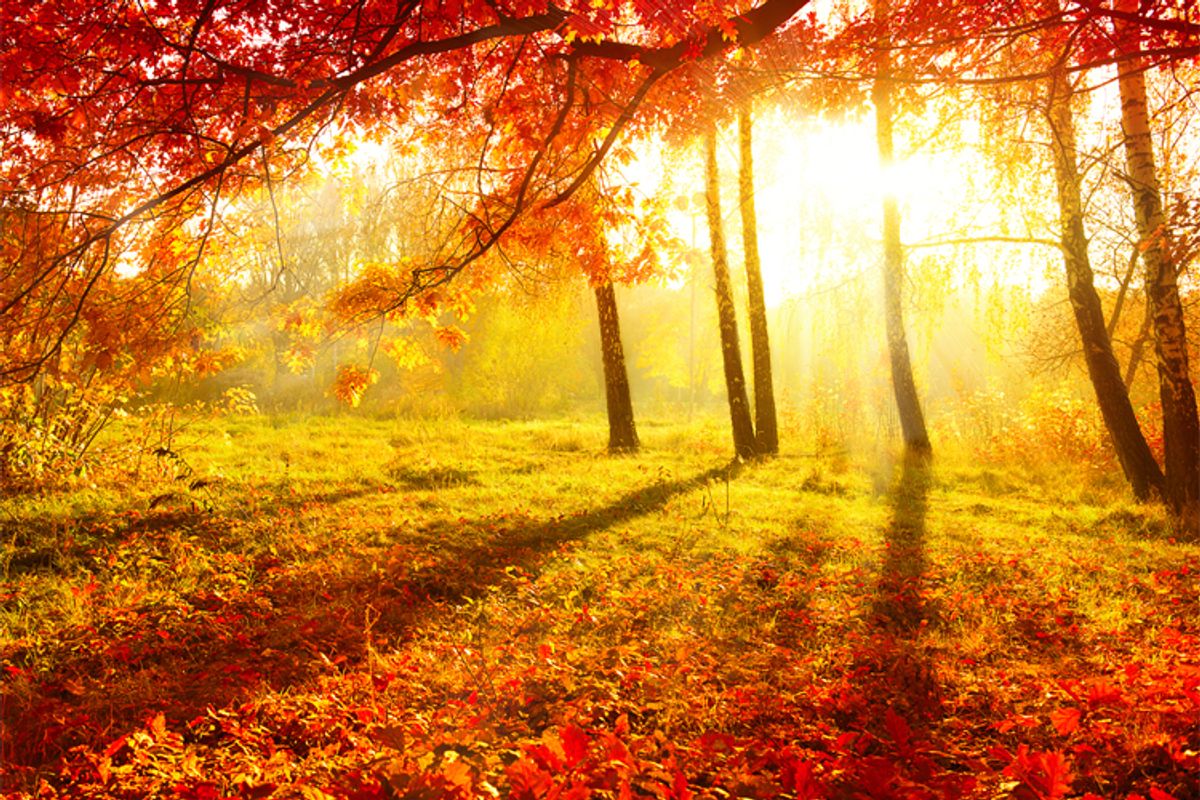 It's an increasingly inevitable side effect of living in a retail-obsessed culture – the "Christmas creep" that gets earlier and earlier every year. And this year, it's more extreme than ever.

On a balmy Saturday morning this past September, I went to Ikea to buy a new desk for my daughters. I knew Ikea on a Saturday would be nightmarish enough, but what I hadn't expected was that it would be holiday nightmarish. The warehouse was already decked out for the holidays -- complete with fully decorated trees. The next day, I went to Target, where, in between the discounted back-to-school supplies and a still-in-progress Halloween section, the holiday merchandise was already appearing in the back of the store. And now that we are officially post-Halloween, all seasonal hell has broken loose. The stores are already decked in full red and green regalia – with a few silver and blue nods to this year's incredibly early Hanukkah. Amazon has already long begun trumpeting its Black Friday deals. Another retailer is vowing that every day is Black Friday this November, which is my definition of Helltopia. This past weekend I went out for brunch, and the restaurant had its tree up and its chandeliers festooned in garland. On the door, there hung a giant wreath. It was so wrong, it almost made me forget about the $5 mimosas.

Plenty of us shudder "TOO SOON" at the way the yuletide now metastasizes all over the damn calendar. As Consumerist recently noted, having what now amounts to three-plus months of holiday time detracts from that special, "Most wonderful time of the year!" sense of wonder. It makes us feel manipulated by dollar-grubbing retailers. But I've come to realize there's something else too.

It's not that I'm Scroogey about Christmas. Are you kidding? We vaguely crafty, domestic-goddess types live for the annual opportunity to make stuff with cotton balls and twigs, for the chance to flaunt our homemade marshmallows with just a hint of peppermint and to make toffee for our friends. We live for it. A month-long rotation of "Elf" and "A Christmas Story"? Where do I sign up? But when the holidays now begin sometime after Labor Day weekend, you know what all but disappears? Fall.

Ah, fall! With your glorious carpet of reds and golds! With your hot cider and your decorative gourds! With your new TV shows, at least one of which probably won't suck! With your hayrides and harvest festivals and your smell of the first fire in the fireplace and cozy socks and football games! Fall! With your weather that makes one able to go for a run in conditions that are neither sauna-like nor break-your-pelvis-on-ice-inducing! With your numerous opportunities to eat things involving pumpkin and your way of making people stop wearing flip-flops! Seriously, fall, you're the shiz. Even for people who live in places that don't go full banquet of foliage, the seasonal associations are as powerful as a pumpkin spice latte. Here in the U.S., we've long all agreed collectively that there is a time of year for cranberry crumb cake and wearing brown suede boots and that time is now, goddamn it.

Fall is the collateral damage of overeager early holiday shopping specials and premature hall decking. Fall is what gets buried in the avalanche of fake snow and tinsel. And fall is what I miss. I miss the lazy unwinding of the warmer days, the gradual curling inward that fall traditionally heralds. In between the activity of summer and the social rush of the holidays, it is supposed to be a time unto itself. A time to just watch some games, make some chili, have a dark beer, switch up the nail polish, finally read that New Yorker issue from July. And the blustery joy of all of that is threatened when somebody jumps the gun on "The Little Drummer Boy." How are we supposed to keep ourselves in a mood for apple picking and weekends in Vermont when there's a friggin' tree at Rockefeller Center by the first week in November? I ask you.

I do what I can to stay in season -- who wants some freshly baked pumpkin loaf? But it's an uphill battle against a screeching onslaught of jingle bells. My daughter recently sighed, "It feels like autumn went by so quickly." That's because it's actually only halfway over, honey! There is no war on Christmas, but there is definitely an all-out assault on sweater weather. And it's one that consumer experts warn can be "counterproductive" for retailers, whose customers may shy away from a store or restaurant maxed out for a holiday its patrons aren't yet ready to face. You can't have two realities at the same time. You can't have hand turkey time and winter wonderland existing simultaneously. Either it's jumping in piles of leaves time or it's snowball fights. Either it's the harvest or it's the solstice, Halloween or Santa Claus. And right now, I want leaves and tweeds and pajamas that do not have snowflakes on them. I still want mid-November, in all its crisp, cinnamon-scented mid-November glory.