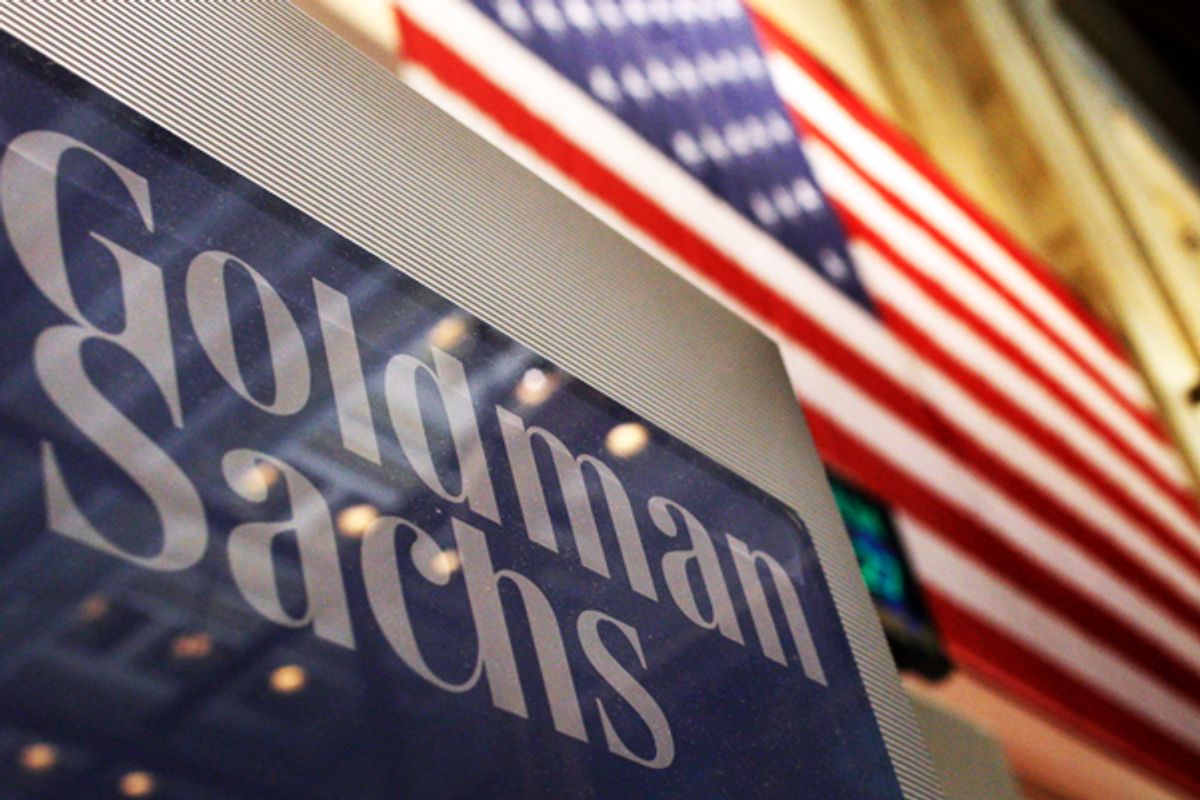 Goldman Sachs Group Inc., the fifth- biggest U.S. bank by assets, promoted 280 employees to managing director, up from 266 last year, as it begins making the selections every two years instead of annually.

The promotions to the second-highest title among non- executives, which take effect Jan. 1, won’t happen again until 2015, after the bank decided earlier this year to change to a biennial process. New York-based Goldman Sachs last year named 70 people to its partnership, the fewest since the firm became a public company in 1999, and won’t promote new partners until next year.

Chief Executive Officer Lloyd C. Blankfein said yesterday that the firm is always focused on recruiting and retaining top talent, even as it sets aside a lower portion of revenue for compensation. Blankfein, 59, said the average tenure for employees with a title of vice president or higher is 9.1 years, up from 7.6 years in 2001.

“The insight and perspective that is gained by living through several cycles is impossible to quantify, and having a group of professionals who have experienced those cycles together also carries an immeasurable benefit,” Blankfein said yesterday at an investor conference in New York.

The promotions were disclosed today on the company’s website.

Managing directors typically receive a base salary of $500,000, lower than the $900,000 granted to partners. Both also get bonuses that can boost total compensation into the millions of dollars.

“A biennial process will allow us to invest more in the managing-director selection process so that it will continue to be a disciplined and rigorous exercise,” the bank said in a March memo to employees. “This will help to ensure that the managing director title remains as aspirational as it should be for our top performers.”

To contact the reporter on this story: Michael J. Moore in New York at mmoore55@bloomberg.net

To contact the editor responsible for this story: Peter Eichenbaum at peichenbaum@bloomberg.net