You won't believe how much companies make every single second

A UK-based website breaks down average revenue at the world's biggest companies by the second. It's, um, upsetting 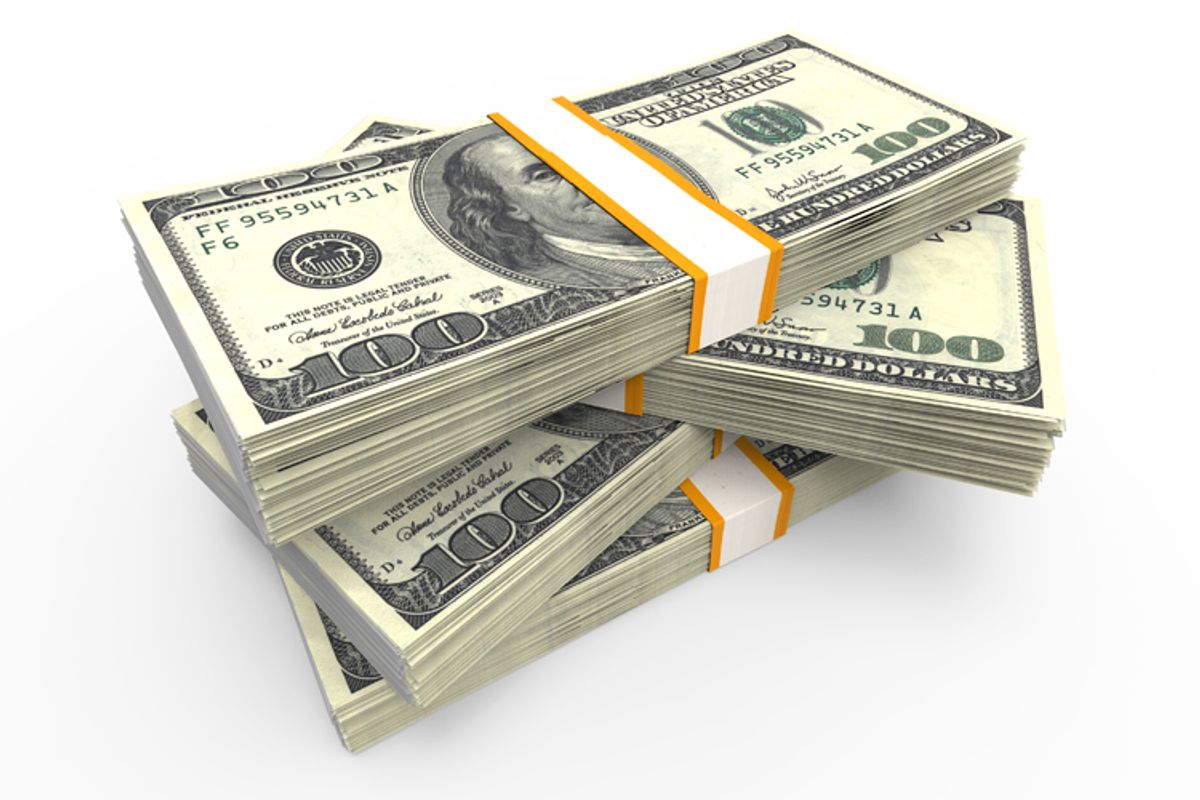 Before you read any further, we should warn you that what you're about to see will make you go "Wow!" for a split second and then perhaps fling you into depression.

A website called Happier.co.uk created an interactive infographic that tells you roughly how much money some of the biggest companies in the world make per second. This is accomplished by taking each company's yearly revenue, dividing it by the number of working days and then further dividing each day down to the hours and the seconds. The longer you're on the site, the higher each company's revenue goes.

The highest grosser on the list is Samsung, which hauls in almost $6,500 a second (In the five minutes it took us to write this post, Samsung made almost $2 million). It is followed closely by Apple at $4,540 a second. At the bottom of the list is Blackberry, which only makes $205 a second, followed, surprisingly, by Facebook at $230 each second.

Want to figure out how much you, specifically, make in a second? Happier's Julian Hearn explains how: "If you were to take your year's salary divide it by how many days you work, then divide that day's hours into seconds (8 hours = 28800 seconds) you'd have your per second figure … Now imagine you built the next Google or Facebook? How much would you be earning per second then?"