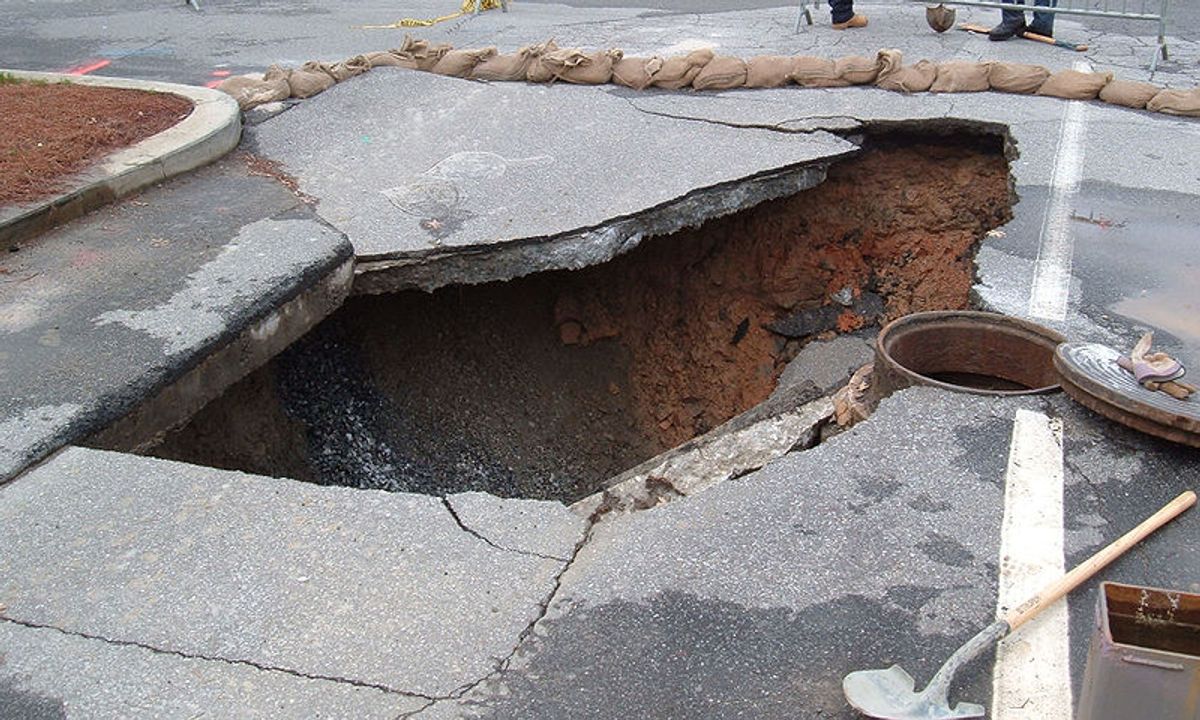 A 14-foot-deep sinkhole opened up in a residential street in Chicago’s South Side on Sunday evening, news media said. No one was injured.

Officials said that a leak in the water line to one home had caused the sinkhole, the Chicago Sun-Times reported. Naturally occurring sinkholes form when acidic groundwater eats at underground limestone, creating a cave in the rock. On the surface, all looks well until a certain threshold of damage is reached and the cave, well, caves in. To a bystander, it appears as though the ground is sinking into a hole.

From Sunday to Tuesday, the sinkhole had continued to grow to about 20 feet by 80 feet, pulling down about half the road, ABC7 Chicago reported. Officials said on Monday that the damage was repairable within a few days.

"Depending on what's underneath it, we're hoping by the end of the week we should have the street repaired," said Dep. Comm. Bill Bresnahan, of the Chicago Water Department, told ABC7 Chicago.

The water leak caused not just a sinkhole to form, but also a brand new water main to break, flooding the streets and resident’s basements with about two feet of water, the Chicago Sun-Times said.

Chicago’s Water Department had restored water service to the neighborhood, West Pullman, around 11 p.m. Monday night, after shutting off water to the area over the Sunday and providing residents with bottled water, CBS Chicago said. The neighborhood remains under a boil advisory, NBC Chicago said.

In April, another sinkhole in a Chicago South Side street had swallowed two parked cars and one driving car, injuring the driver, ABC7 Chicago reported that month.