"Totally Biased": The show that actually looked like America 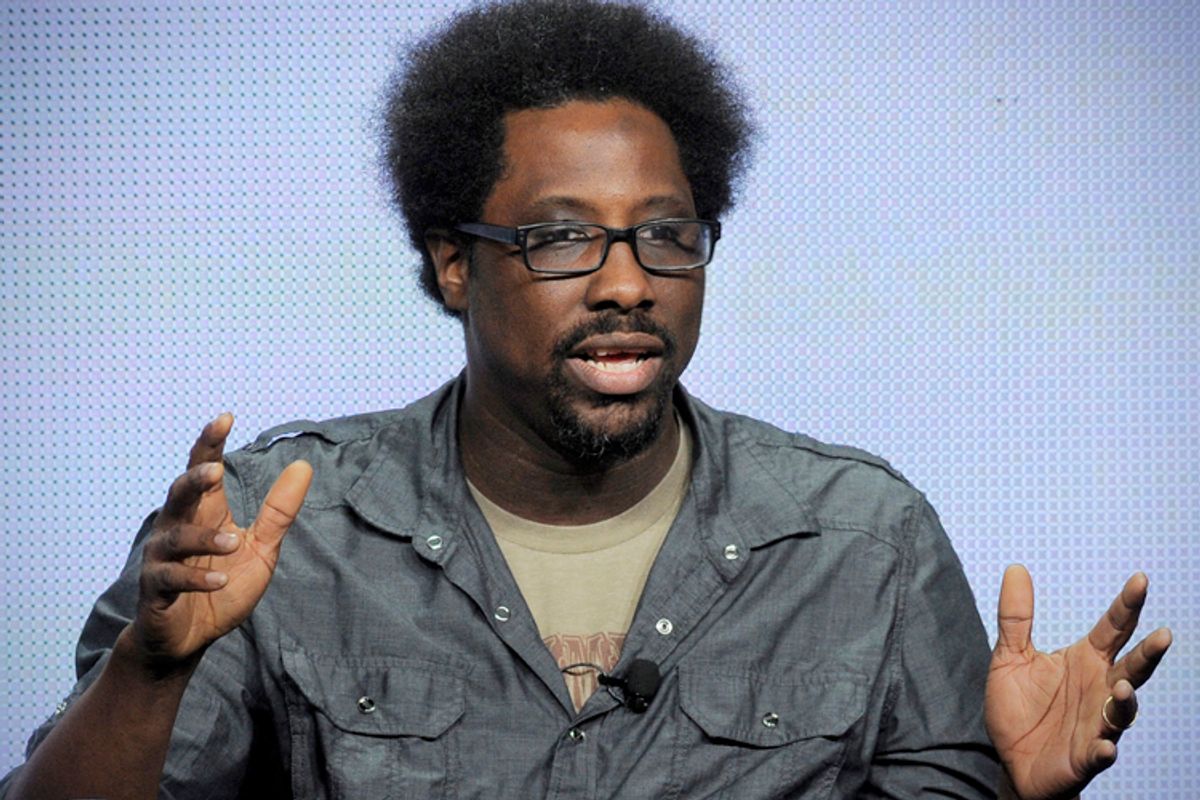 We, the marginalized, all have some version of that story. You know the one: When I grew up, I never saw people like me in magazines/on TV/in books/in movies. This is how I learned that my skin color/eye shape/hair/nose/culture/sexuality/identity/entire self is peripheral to the rest of the United States. Our country projects to the world an image of white heteronormativity, an image that was never true, and becomes more ridiculous as we progress through the 21stcentury.

So when I first watched "Totally Biased With W. Kamau Bell," I couldn’t believe it actually existed. As a real show. On a TV channel. With a set and everything. This contradicted everything I knew about the world: Black men who do comedy criticizing catcalling, anti-Muslim bias and homophobia do not get a national megaphone.

And it wasn’t just Kamau, as if one black man over 6 feet tall plus another 4 inches of ’fro weren’t enough. No, there were more black guys, one with dreds all the way down to here, a couple of desis and a lesbian woman with soft butch style. A Japanese guy! A gay man! And not as caricatures written by other people, but as themselves doing their own jokes! About their own lives! Suddenly, my screen resembled my reality, and it was blowing my mind: These were my people!

Every time I watched "Totally Biased," I felt like I was watching history, a revolution in television. I laughed my ass off, but I was also in awe. For the first time in my life, it was like someone was writing TV for me.

Except I wasn’t watching it on television, but on my laptop like, I’m told, many of us do these days. Because Internet in my household is a necessity, but between a mortgage and preschool tuition, cable TV is a luxury we can’t afford. We do “new media” by default. So once a week after the kids were in bed, my husband and I settled down with cookies and bourbon to stream "Totally Biased."

I sprang for a baby sitter so we could see the live show when it came to L.A. I made my own "Totally Biased" T-shirt. Am I conveying my level of fandom yet?

I was doubly dumbfounded this year when it was announced that the show hadn’t just been renewed, but promoted to a nightly slot. I felt a small thrill. Was that ... optimism? Could this mark the beginning of a new era? Would my kids grow up in a transformed media landscape where they might recognize their own world?

"Totally Biased" started the new schedule in September, but moved from FX to Fox’s new network, FXX. I watched on Facebook as Kamau’s fans clamored to learn how to get the new network, and I saw their frustration when they posted that their cable companies didn’t carry it. It wasn’t available on demand, either. Rather than broadening Kamau’s reach, FXX seemed to make the show less accessible.

I got a similar shock when I went to the website and discovered only clips, no complete episodes. Not all of the clips worked, and I couldn’t seem to string together a full episode, either. Eventually I discovered that I could cobble together episodes with clips on the "Totally Biased" YouTube channel, but it meant that I wouldn’t watch for a while, and then would binge on clips occasionally rather than sitting down to watch full episodes regularly.

How well is the industry tracking a show’s new media following? While Nielsen began measuring broadband viewership in September, the tools are still in development and imprecise and do not yet include viewings over tablets. Because ads shown during streaming are often different from the ads during broadcast, even clicks generated on a show’s site may not be counted.

What is certain is that a show like "Totally Biased" is a huge risk. The content and the cast place it far outside most of what mainstream American audiences have seen before. But as America’s demographics shift, the audience for a show that tackles issues of race, gender, class, immigration and sexuality is only going to grow. So why place the show in a weakened position? The transition from a weekly show to a nightly show would surely make for an uneven performance as everyone adapted to a more demanding schedule. Why put it out of reach for many in the core audience as well as making it harder for new viewers to find it?

So when I saw the news via Facebook yesterday that "Totally Biased" had been canceled, the sinking in my chest wasn’t completely unexpected. According to Splitsider, the show's ratings had dropped after the move to FXX. The article included this tidbit: “On some nights, 'Totally Biased' has been the lowest-rated late night show on cable, mostly thanks to FXX being available in 26 million fewer homes than FX.”

But I do feel sharp disappointment and anger.

W. Kamau Bell and the "Totally Biased" crew showed us that another television is possible. We don’t have to go back; we can keep pushing forward for TV that includes the authentic voices of people of color, LGBT people and women, made for us by us. But to do that, we have to raise hell about the cancellation of "Totally Biased." FXX’s story is that this kind of TV won’t sell. We have to prove them wrong.

Anoosh Jorjorian is a freelance writer living in Los Angeles. She blogs at ArañaMama.com on the politics of parenting, including the topics of race and gun violence.