Kicked out because of cancer? Ailing mom says she was banned from school 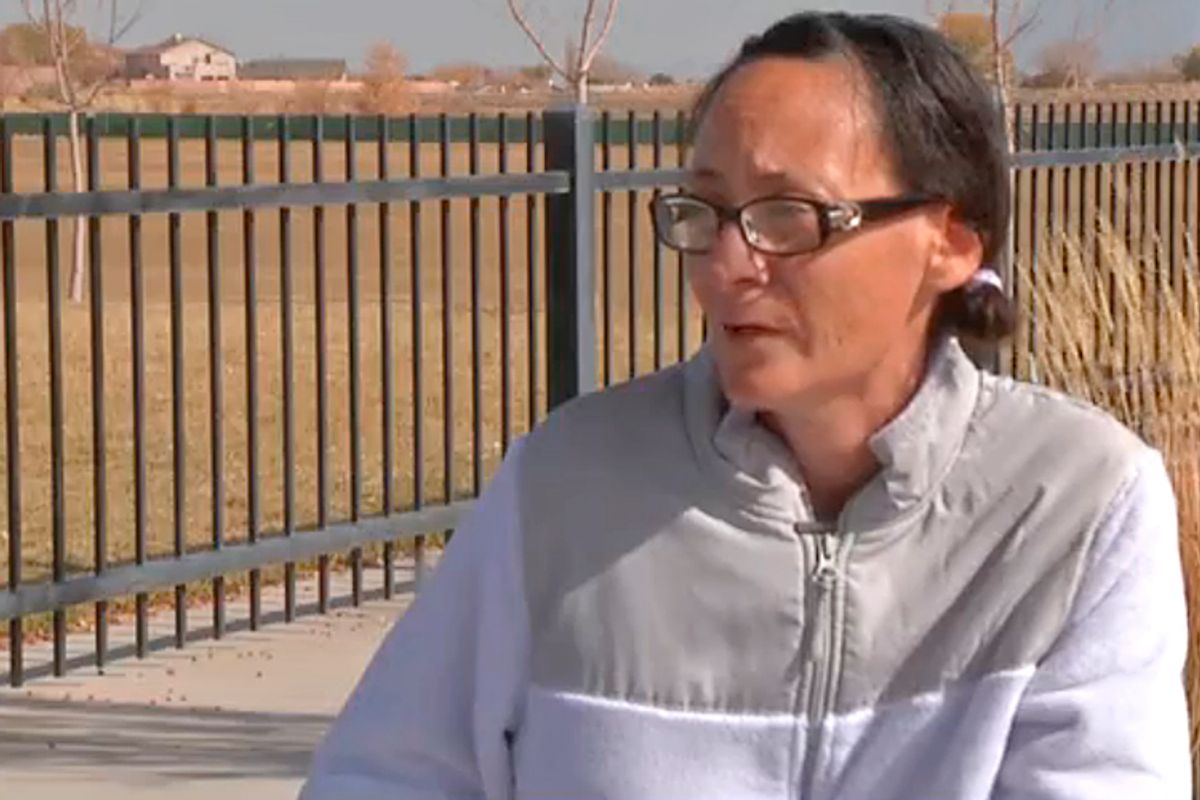 Albuquerque, N.M., mother of three Kerri Mascareno has had a lot of truly terrible news lately.  In August, she was diagnosed with Stage 4 breast cancer – a condition for which there is no cure. She is currently on a chemotherapy regimen she hopes will shrink her tumors enough so that she can have surgery. But in the meantime, she's living with the life-altering side effects of chemo – one of which has now made her a pariah at her children's school. She says that last week her daughters' school’s principal Robert Abney told her that because her chemo drugs give her a strong odor, she's no longer permitted on the campus.

"He just said he knows this is going to hurt my feelings," she told her local news affiliate this week, "and he understands where I’m coming from because his mother had breast cancer and she had the same exact smell. I can no longer be in the school and that with me being in the school that I made his employees ill." And, she says, when she moved outside, he stood at his window and told her go even farther. "He just said that he would have to ask me to sit in my car because he could smell me through the window," she says. To cap off the humiliation, the principal sent her an email stating the family could attend the school's Thanksgiving celebration – if they sat in his office.

In the KOB-TV segment, Abney refuses to speak to the reporter, but the unflattering attention clearly had an effect – Mascareno received a call Wednesday stating she could attend the Thanksgiving lunch in the cafeteria. She declined, choosing to spend the day home with her daughter Lynsey and saying, she's "really hurt by what happened and just doesn't want to be around that negativity." Instead, she's focusing on what matters. "It's precious," she says. "Every little time is precious being with them."

This likely isn't a simple case of banning a woman because somebody is a little bit uncomfortable with her disease. In its report, the local news affiliate confirmed Wednesday that Mascareno's "smell can be overpowering at times," a condition that probably is difficult for people around her to deal with. Unusual to downright unpleasant odor is a known problem many patients face. That's because the "chemo" in "chemotherapy" is for chemicals, and chemicals can smell bad. That can create some no doubt "overpowering" situations, one that might make a school principal's life awkward.

When you peruse Principal Abney's blog, he doesn't appear to be a vicious, cancer mom-bullying robot. He writes passionately against the culture of testing and his love for his students; he's even written of the "tragic" loss of his aunt to cancer.  For what it's worth, though, he also freely engages in full-on body snarking women for their "tacky" hair and their wardrobe choices when they're "built like a bowling ball" and describes school mothers as "Mrs. Shovelhead" and "Cookie Monster." He admits his personal history with women is "checkered." So it's a fair bet he might have certain expectations around how pleasing the parent body should be.

Disease – and its treatment – are among the most undignified things that can happen to a person. They disfigure you. They make you ooze and vomit and scab over and stink. They rob you of your humanity; they make you feel embarrassed and apologetic. They are mortifying. And the worst part of all? The absolute cruelest thing that they do to you? They isolate you exactly when you need closeness and compassion the most. They cut you off. They exile you. You don't get sick -- really, really sick – without feeling like you've been kicked out of normal society anyway. But to have it done to you in the most literal way possible? It's unimaginably mean. And it sends a whoppingly bad message to everybody – that a well person's comfort is more important than a sick person's suffering. You know what you do when someone with a disease she can't control looks or smells in a way that's hard for you? You take a deep breath and you put up with it.

In his blog, Abney, who told reporters this week "Nope! Nope!" when asked if he wanted to discuss Mascareno's situation or apologize for it, writes that "Teachers and principals aren't afraid of being held accountable for doing their jobs. If we're not doing what we're supposed to be doing to make sure that … we're helping all children learn to the best of our ability, then, by all means, hold our feet to the fire." That population of "all children" you claim to serve includes Mascareno's, yes? This is the fire, Robert Abney. Can you please bring your toes a little closer?