Because the awesome "Totally Biased" host is looking for work, and Baldwin has a habit of offending people 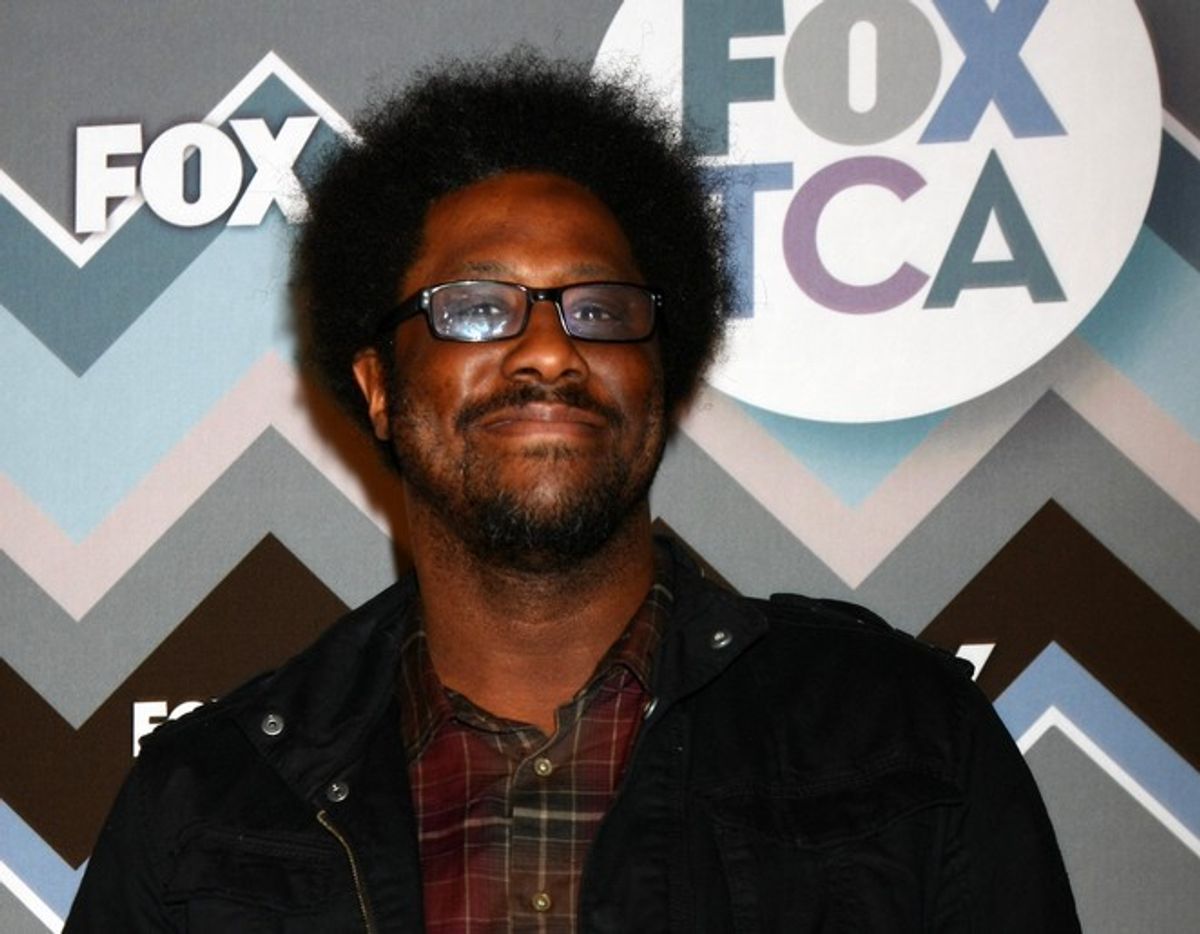 W. Kamau Bell, former host of the revolutionary late night comedy show "Totally Biased," is looking for work now that FXX has canceled his show due to low ratings. Meanwhile, the folks over at MSNBC have suspended Alec Baldwin, who is still allegedly shouting homophobic slurs at people. But despite low ratings and the fact that he has offended a significant chunk of his supposedly liberal base, Baldwin could still come back to host late night talk show "Up Late With Alec Baldwin." Here are nine reasons why that job should go to Bell:

Unlike Alec Baldwin, who had to be told by GLAAD that “cocksucker” is offensive to the LGBT community, Bell is out there educating the public:

2. "Totally Biased" had better guests and segments than "Up Late"

So far, as Salon’s Daniel D’Addario points out, “Up Late With Alec Baldwin” has hosted “the sort of people who aren’t invited to do Letterman or Leno,” like Keir Dullea, Debra Winger and Ellen Barkin. Whereas “Totally Biased” has hosted people like Tracy Morgan, "Orange Is the New Black's" Laverne Cox and comedian Sarah Silverman. While Baldwin has single-handedly launched national scandals, Bell’s segments have jump-started national conversations about rape jokes, race and popular culture.

Referring to Baldwin’s late night show, media critic John Ziegler told Fox News that “what celebrities don’t realize about talk shows is that, one, they aren’t easy to do, and two, viewers judge them mostly on the nature of the content, not on how famous a person the host is." Baldwin might not realize this, but Bell definitely does.

3. "South Park" has not parodied Bell

Because he has not offended pretty much the entire world, and instead seems to be a pretty nice guy, "South Park" has not needed to parody Bell, as it did Baldwin recently:

And since Baldwin’s show has been tanking since it aired in October, it seems like taking a risk on a new face who has some interesting things to say might be worthwhile.

I bet MSNBC’s Rachel Maddow would probably enjoy W. Kamau Bell as a colleague a lot more than Alec Baldwin (I mean, look at how much they are laughing here!):

The Google results for “Alec Baldwin is” are worse than those for “W. Kamau Bell is” ... just saying:

9. Did I mention that W. Kamau Bell is not Alec Baldwin?