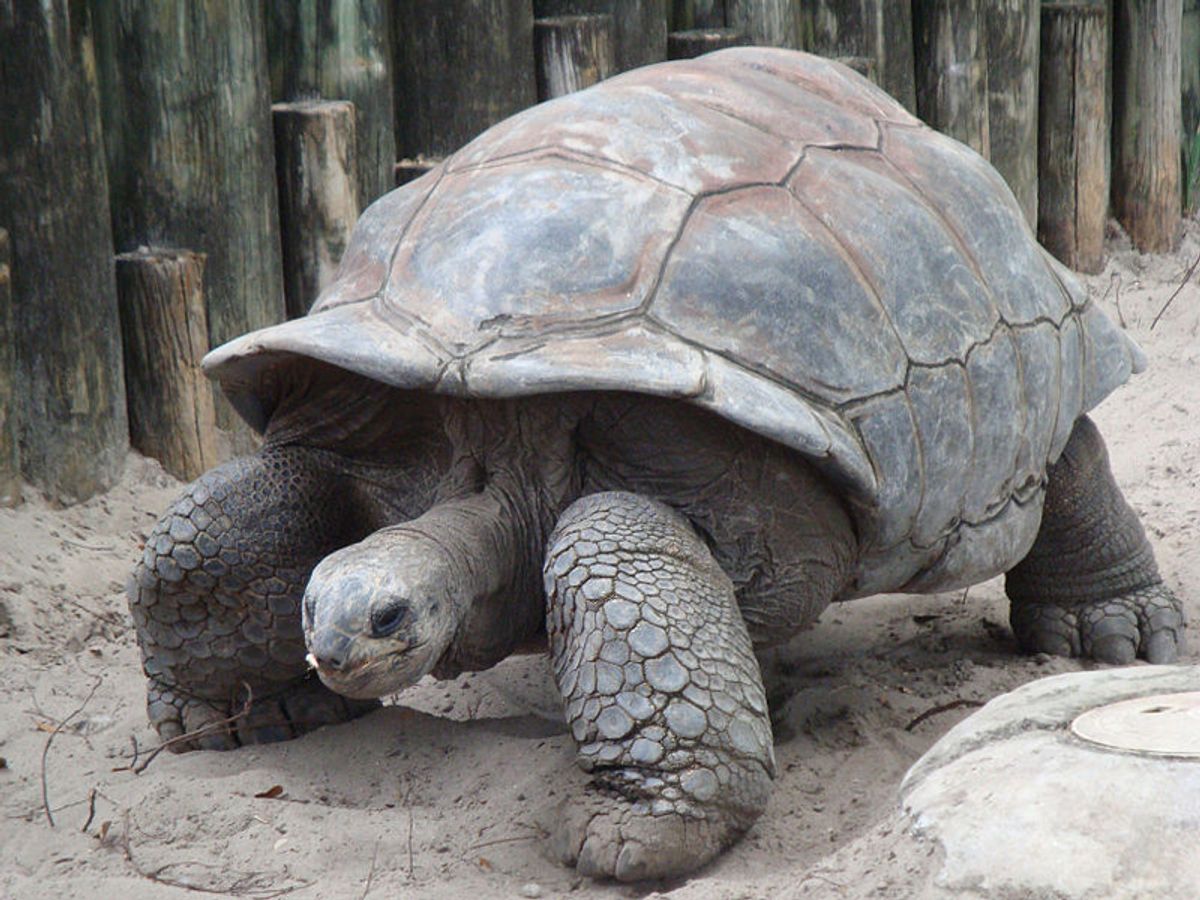 The ICZN settled a 200-year dispute over the scientific name of the Aldabra tortoise earlier this year. (Wikimedia Commons)
--

In the cutthroat world of naming new animal species, only one group is authorized to arbitrate between warring scientists: the International Commission on Zoological Nomenclature, also known as the "supreme court for animal names." (It's OK, I just learned about all of this, too.)

But in the struggle to keep up with the 15,000-some new species described each year and "the rapidly changing face of taxonomy," the commission was facing financial ruin.

Fortunately for everyone who needs to know, for example, whether to refer to the Aldabra tortoise as Testudo gigantea or Testudo elephantina, the commission was bailed out by the National University of Singapore, which will fund it for the next three years.

It was, according to Nature, a close call:

“For 100 years after Linnaeus established bio-nomenclature there were no rules. There was chaos,” says Daphne Fautin, vice president of the ICZN and a zoologist at the University of Kansas in Lawrence. “The code brought some order to that.”

With the charitable trust that previously funded the work of the commission down to its last few pennies, there was a risk, says Fautin, that “chaos will reign again”.

That risk seems to have been averted by the new funding, which will amount to around 100,000 Singapore dollars (about US$80,000) per year, according to Peter Ng, director of the Raffles Museum of Biodiversity Research at the National University of Singapore and one of the 26 volunteer commissioners who make up the ICZN. The university is also funding the first meeting of all the commissioners, which is taking place in Singapore this week.