Anderson Cooper: Alec Baldwin is lying about his homophobic slur

The CNN host on Baldwin's denials of his homophobia: "That's just a lie. I mean, come on!" 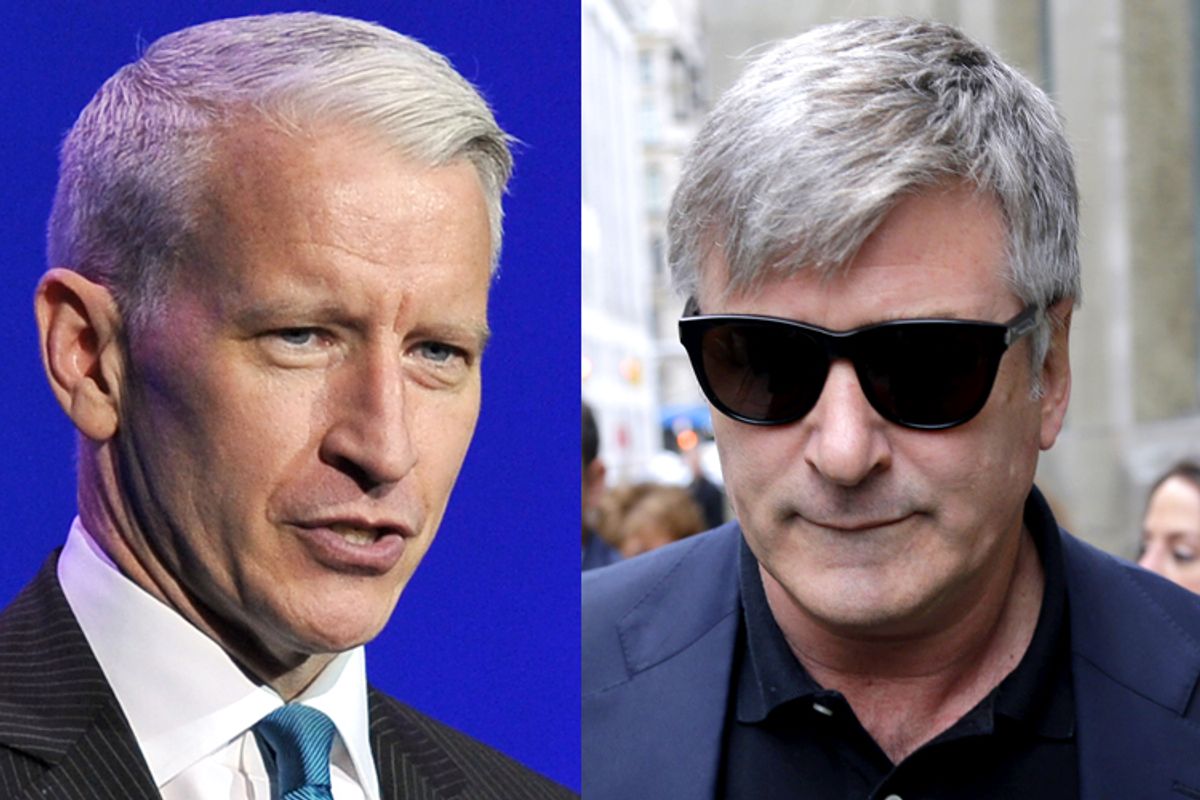 Cooper drew out the idea that homophobic slurs are uniquely OK in American society -- after all, he noted, Baldwin hasn't suffered the sort of consequences that Paula Deen did. Said Cooper: "If Alec Baldwin had yelled the N-word at that photographer, or yelling an anti-gay slur -- it'd be over!"

The CNN anchor and the "30 Rock" star have traded barbs, as was the case this summer when Cooper criticized Baldwin's calling a reporter a "toxic little queen" and Baldwin mocked the manner and pace at which Cooper had come out of the closet. If past precedent can be trusted, Cooper's critique of Baldwin's language is not likely to be the end of the story.