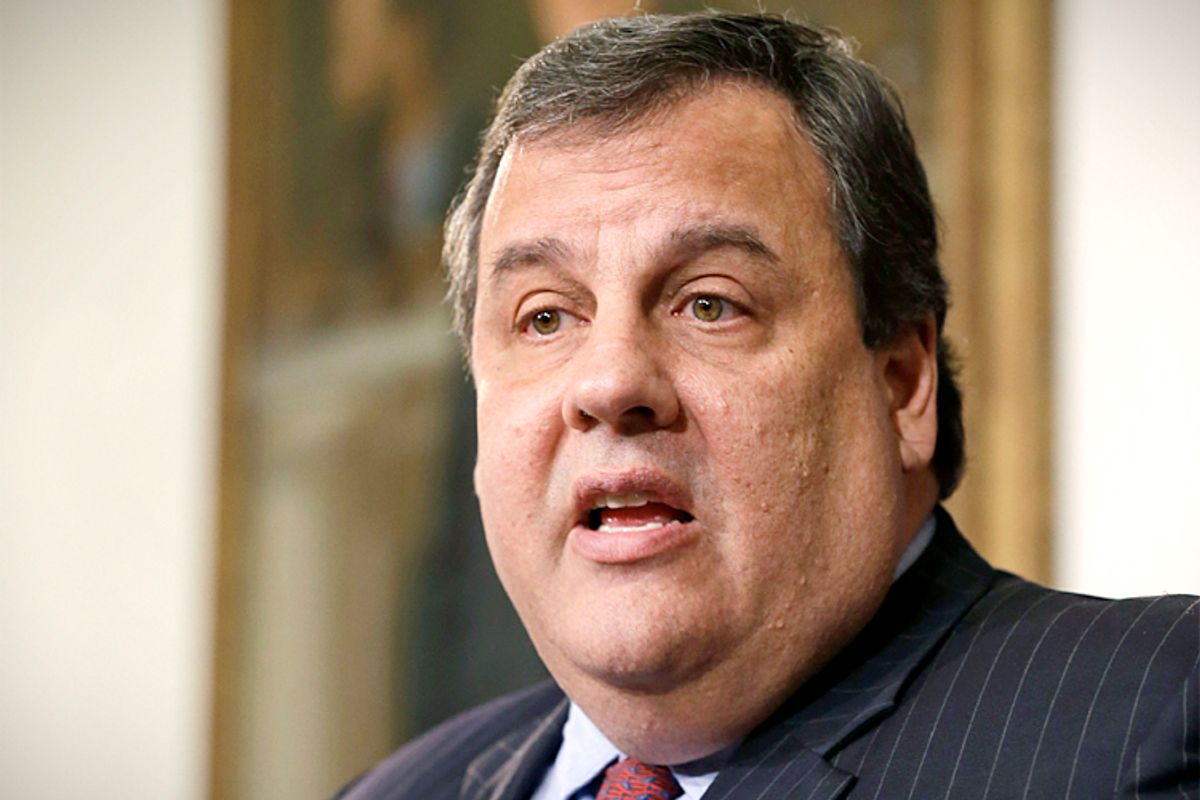 While speaking before an audience at the Wall Street Journal's annual CEO Council, Chris Christie pointedly criticized the Republican party for "bad decision-making and a loss of courage."

Christie's ire was directed primarily at Republicans who believe the party can win by focusing its energies on turning out its Tea Party base. "Our country is changing, demographically and economically," Christie said. "Candidates have to understand who they're asking to lead." He urged Republicans to embrace once gain the so-called big tent model of conservatism, saying that campaigns focused instead of the GOP base "aren't working."

"That's not the way to win," Christie said.

Christie went on to say that "everyone down here in D.C. has failed," citing the recent government shutdown, which he called "a train wreck everybody saw coming for months," as proof. D.C.'s problem, in Christie's telling, "primarily is the people." Christie didn't name names, but he did say, "What we have in Washington now are absolutists."

On the question of whether Christie harbored plans to run for president, the New Jersey governor demurred, merely saying he'd make his plans public "when I have to."