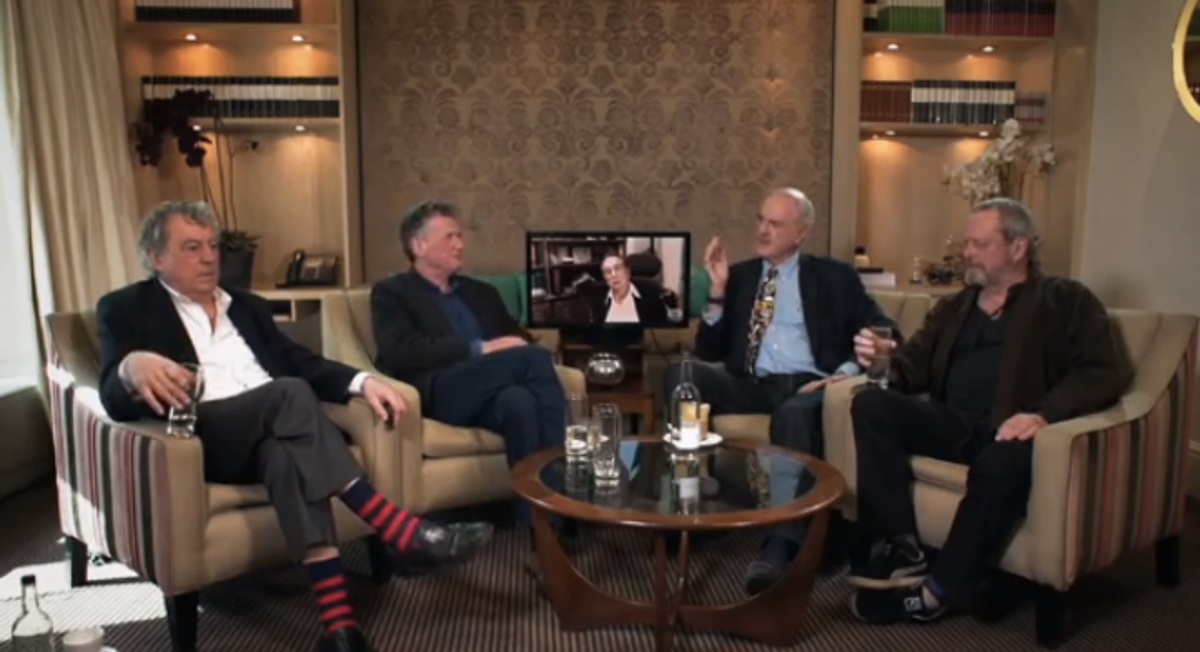 Jones told BBC on Tuesday that “We’re getting together and putting on a show — it’s real," though he didn't reveal additional details about the nature of the theater collaboration. “I’m quite excited about it. I hope it makes us a lot of money. I hope to be able to pay off my mortgage!” joked Jones.

Known first for their long-running TV show, the group's 1983 “Meaning of Life” was the last time Monty Python appeared with Graham Chapman, the sixth member who died of cancer in 1989. The troupe last performed together in 1998 at the Aspen Comedy Festival, though as Vulture points out, the group has not released new material since the 1980s.