From Oprah to Martha Stewart, these celebs charm with their sheer weirdness 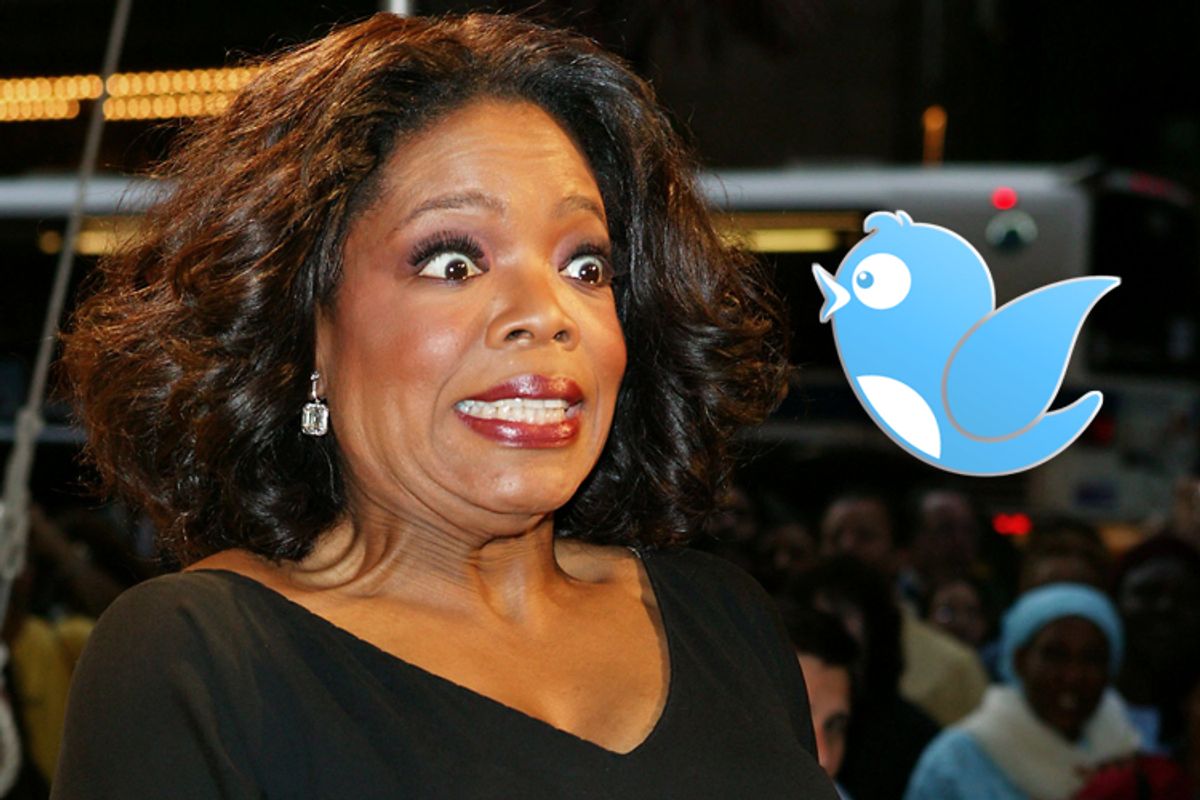 There’s something a bit boring about stars who are good at Twitter. Contemporary celebrities, those at the heart of the culture, can count on fans following them and so don’t need to provide any real added value in the form of their tweets. Indeed, the very fact of their fame disincentivizes them from doing anything too interesting with the form (revealing their daily routines, cracking jokes), because the best-case scenario for a weird tweet from a superstar is a net neutral effect on their brand, and the worst is alienating their fans, as widely followed star Ashton Kutcher learned when he defended Joe Paterno or as Rihanna, a rare exception, keeps learning as she picks fights with lesser stars. Kutcher ended up turning over control of his Twitter to his management; the whole thing feels characteristically anodyne. No wonder so many huge stars like George Clooney and Julia Roberts eschew Twitter entirely, and widely followed celebrities like Katy Perry and Taylor Swift mainly use the site to promote their projects.

But celebrities ever-so-slightly out of the zeitgeist have nothing to lose -- and don’t seem to grasp, often, the fundamentals of Twitter. These stars, it seems obvious, were told Twitter was important for audience engagement but never actually bothered to figure out how to use the thing to present their assiduously groomed “best selves”; they also came from generations before the hyper-polished, new-media-savvy 20-somethings atop the most-followed list.

And, too, none of these stars really cares about how much they reveal -- and are thrilled to engage with their fans simply for the fun of it, rather than tweeting to get you to spend money on their new album or movie. This is how Twitter ought to be; a weird, frank, open place where stars actually will tweet back at you.