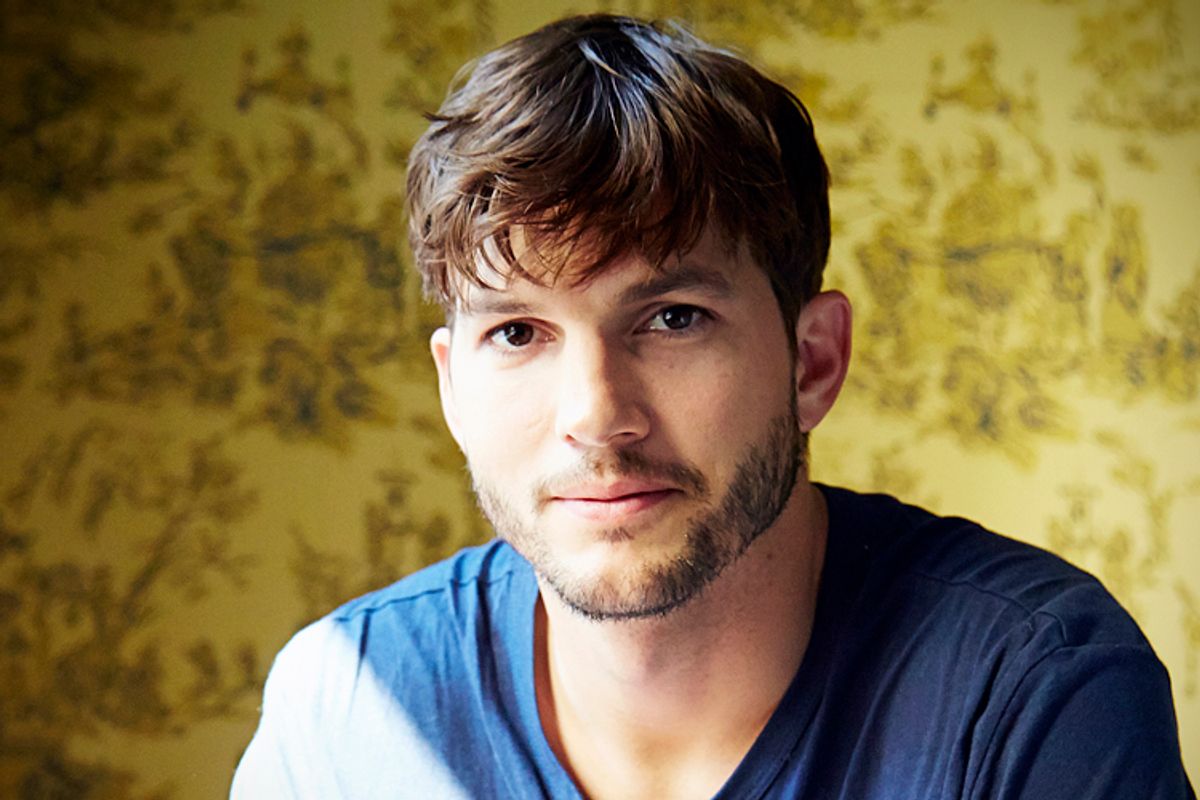 Kutcher (@aplusk) kicked off the dust-up by tweeting about the news that an Ohio Wal-Mart took up an employee-to-employee food charity collection “so Associates in Need can enjoy Thanksgiving dinner.”  He wrote, “Walmart is your profit margin so important you can’t Pay Your Employees enough to be above the poverty line?”

Wal-Mart then offered Kutcher a video on “Opportunity and Benefits at Walmart,” saying, “We know you believe in opportunity like we do & we’d love to talk to you more about it.”

Kutcher quickly countered, “you had 17 billion in profits last year. You’re a 260 billion$ company. What are we missing?”

That set off a trio of tweets from Wal-Mart, starting with, “We think you’re missing a few things,” and then touting that “The majority of our workforce is full-time and makes more than $25,000/year”; that “about 75% of our store management teams started as hourly associates”; and that “every year, we promote about 160,000 people…”

Kutcher told Wal-Mart the company “does a lot of great things but it needs to be a leader on this issue as well.” In its final tweet to Kutcher – so far -- Wal-Mart answered, “We know we can always get better as a company. This year we’ve made providing more opportunities for our associates a top priority.”

Kutcher returned to the topic an hour later, linking a blog post on a study estimating the cost of Wal-Mart workers’ use of public assistance, and saying “Walmart should be the leaders not the low water mark.”

The Twitter exchange comes amid a series of single-day strikes by members of the union-backed non-union worker group OUR Walmart – the latest is taking place Wednesday in Dallas – in the lead-up to planned “Black Friday” protests next week. The back-and-forth drew some scorn and skepticism toward Wal-Mart from a handful of Kutcher’s 15 million Twitter followers (@WalmartNewsroom has 13,820; @Walmart has 416,670). But perhaps the most interesting aspect was Wal-Mart’s assertion that the “majority of our workforce is full-time and makes more than 25,000/ year,” which contrasts with other claims.

As I’ve reported, OUR Walmart last month seized on Wal-Mart’s U.S. CEO Bill Simon’s September statement to Goldman Sachs that “over 475,000” U.S. employees earned over $25,000 last year; activists said that was evidence that the majority of Wal-Mart's 1.3 million direct U.S. employees did not. Asked about that argument, company spokesperson Kory Lundberg last month told Salon that Wal-Mart had “hundreds of thousands of associates that make more than $25,000 a year,” and told the Huffington Post that Simon was referring to “over 475,000” out of a pool of about 1 million store workers, not out of the full 1.3 million in the U.S. workforce. Wal-Mart did not immediately respond to Wednesday inquiries regarding the size of the “majority” @WalmartNewsroom mentioned, and whether it included temp workers, managers and/or employees in other countries. While Wal-Mart has said its average U.S. hourly wage is $12.78, that number excludes part-time workers and includes managers; OUR Walmart has estimated the wage at below $9, and called on the company to establish a minimum wage of $25,000 a year. A report from the progressive think tank Demos argues Wal-Mart could do so just by redirecting the money it currently spends on repurchasing its own stock.

Kutcher has recently been celebrated by the Heritage Foundation for saying that “There’s an entitlement that’s starting to emerge that I think is unhealthy for people and unhealthy for a country” and “I think the only thing that can be below you is to not have a job.”