Could austerity give rise to American fascism?

Europe's lesson: When parties on the right and left fail to deliver relief to the people, extremism takes hold 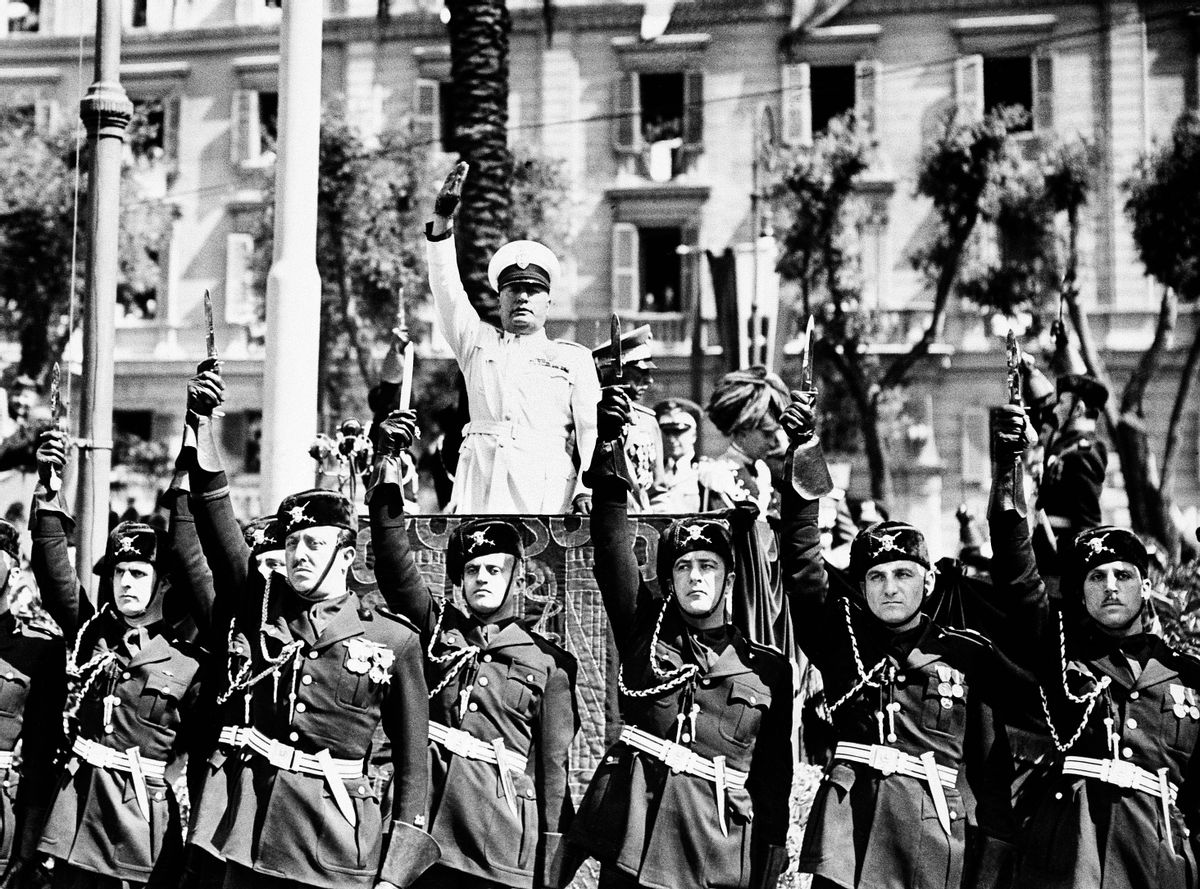 American political dysfunction looks pretty bad — but just take a look at what’s going on across the Atlantic. A poisonous wave of right-wing, neo-fascist parties is emerging in response to the continent’s ongoing austerity and hugely ineffectual policy response to the resulting jobs crisis.

The U.S. could be headed in the same direction if the austerity-pushers have their way. Europe is a case study in what happens when mainstream parties on both the right and the left fail to deliver relief to the people. Extremists seize the opportunity to assert themselves, and things get ugly very fast.

Bringing countries together in the European Union was supposed to make violent nationalist conflict a thing of the past. Member countries were supposed to prosper economically. But now countries like Greece and Spain are fracturing politically and falling into a downward economic spiral.

The creators of the euro were like parents fixing an arranged marriage. They knew that they were locking together countries with very different economies and political cultures. But they hoped that, over time, the new partners would grow together and form a genuine bond.

The European Union was banking on three forms of convergence: economic, political and popular. At the time the euro was launched, there was much hopeful talk that a surge in trade and investment between the euro zone nations would create a truly unified European economy, in which national levels of productivity and consumption would converge on each other.

It was also assumed—or perhaps just hoped—that the euro would create political unity. Once Europeans were using the same notes and coins, they would feel how much they had in common, develop shared loyalties and deepen their political union. The designers of the single currency were also hoping that elite and popular opinion would come together. They knew that in certain crucial countries, in particular Germany, the public did not share the political elite’s enthusiasm for the creation of the euro. But they hoped that in time, this would change.

Enter reality.  At first, people saw most regulations and orders coming from Brussels as annoying and occasionally inconvenient. Rulings on things like what kind of fat chocolate may contain seemed objects of ridicule, not the stuff of revolution. The European Commission was seen as something distant with little day-to-day relevance for the lives of most citizens living within the European Union. But everything changed with the Great Recession of 2008. Ruinously destructive austerity policies took hold in the councils of Europe, notably in the form of economic austerity packages demanded of Greece, Spain, Ireland, Portugal, etc. The consequences have been monstrous.

Politically, the implementation of the euro-zone’s stability pact has been largely left in the hands of unelected bureaucrats—the so-called “Troika," in particular the IMF and European Central Bank, operating out of institutions that are devoid of any kind of democratic legitimacy. They implement “fiscal rules” on the basis of some arbitrary numbers that have no foundation in economic theory or reality.

Here’s a perfect example. A former senior budget ministry official in the government of former French president François Mitterrand was recently revealed as being the inventor of a phony "rule" repeated by governments both right or the left that the public deficit should not exceed 3 percent of the national wealth. The French official had this to say when asked about the origins of the 3 percent rule:

"We came up with the 3% figure in less than an hour. It was a back of an envelope calculation, without any theoretical reflection. Mitterrand needed an easy rule that he could deploy in his discussions with ministers who kept coming into his office to demand money… We needed something simple. 3%? It was a good number that had stood the test of time, somewhat reminiscent of the Trinity."

So highly paid unelected bureaucrats in Brussels pull magic numbers out of the air, and then policy makers use them to call for nations to cut welfare, wages, jobs and the like. The result? People have already started dying in riots in Athens, Madrid and Rome. Backlash in France produced Marine Le Pen’s surprisingly successful candidacy in the last French presidential election for the Front Nationale (FN). If the name sounds familiar, it’s because fascism runs in the family: She is the youngest daughter of the French politician Jean-Marie Le Pen, former president of the FN and currently its honorary chairman. In last year’s French presidential election, she polled some 18 percent in the first round and finished in third position behind winner François Hollande and the previous incumbent president Nicolas Sarkozy.

Anti-EU parties of the sort Le Pen represents are on the rise across continental Europe. They are growing precisely because the mainstream parties conspicuously continue to ignore the prevailing social disasters they are imposing on their respective electorates.  As the New York Times recently reported, the far right is quickly gaining ground:

"In France, according to a recent opinion poll, the far-right National Front has become the country’s most popular party. In other countries — Austria, Britain, Bulgaria, the Czech Republic, Finland and the Netherlands — disruptive upstart groups are on a roll."

While the European leaders are now talking about moving to a fully fledged political union (a "United States of Europe") they are doing so within a culture of austerity, which simply exacerbates the prevailing social stresses and leads to further populist challenges to the mainstream.

Time is not on the side of Europe’s policy makers. The stock of private debt remains very high and policy makers are beginning to fret about the possibility of a genuine Great Depression-style debt deflation leading to another lost decade. That was the hidden message behind the ECB’s recent cut in interest rates, although the real answer must surely lie in a fiscal response that will break the fall in incomes and preserve living standards.

That’s the main reason America has not seen a comparable rise in fascism. In this country, we still have institutions, such as Social Security and Medicare, which were designed during the New Deal and the Great Society and by and large work extremely well. Europe, unfortunately, seems determined for now to go in an opposite direction, reviving old historic enmities and rivalries in the process. That could be in store for us if we follow a similar route, which would make the Tea Party seem like a tea party in comparison.