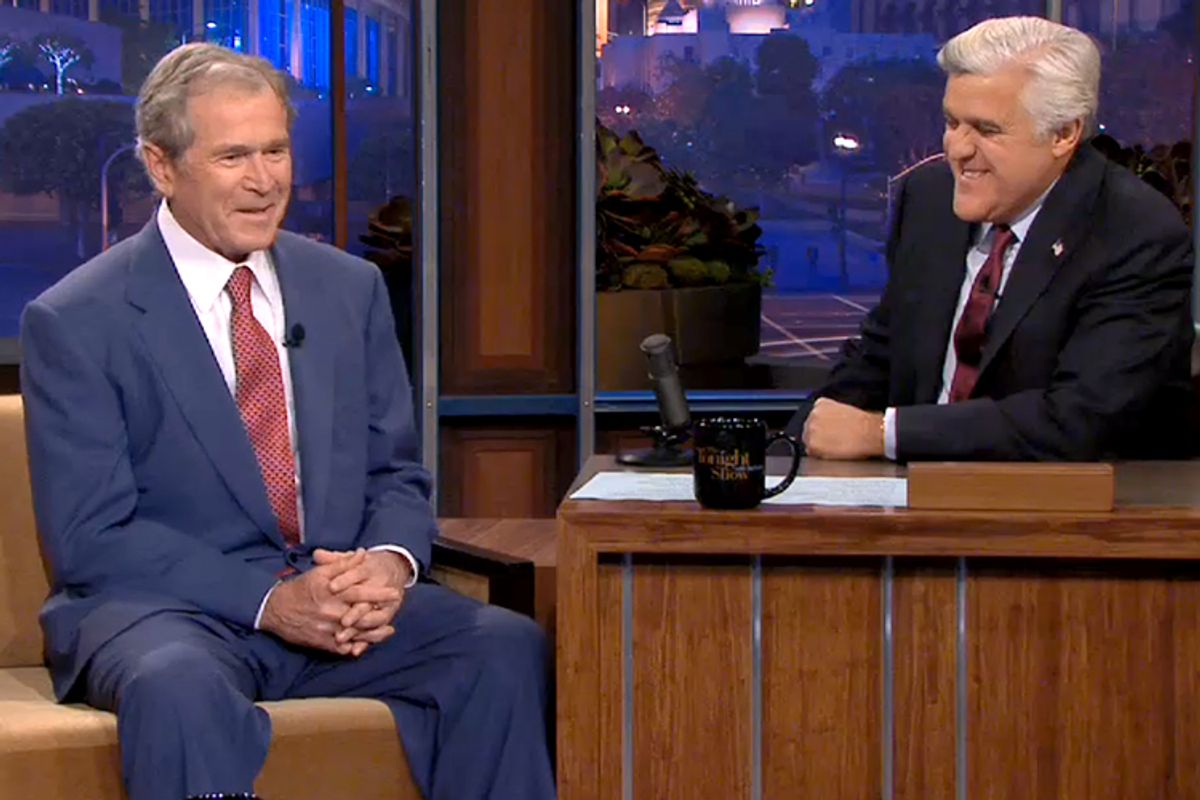 George W. Bush made a rare public appearance on "The Tonight Show with Jay Leno" on Tuesday night, cracking jokes with the outgoing talk show host as well as unveiling some of his more recent works of art.

When asked by Leno whether he worried about his legacy, Bush said no, insisting that he was "very comfortable with the fact that it’s going to take a while for history to judge whether the decisions I made are consequential or not."

"I read some biographies of Washington," Bush continued. "My attitude is: if they are still writing about biographies of the first guy, the 43rd guy doesn’t need to worry about it.”

Bush also spoke about why he's kept a low profile since leaving the White House, and obliquely dinged President Obama, saying, "“I don’t think it’s good for the country to have a former president criticize his successor.”

Above all else, Bush reveled in sharing some of his paintings with Leno and the "Tonight Show" audience. He even unveiled a new creation, a portrait of the late-night talk show host.

Watch Bush on Leno below, via BuzzFeed and Now This News: