Must-see morning clip: Bill Cosby is shocked by Jon Stewart's use of profanity

"People curse and they laugh. But for me, when you were cursing, I started crying," Cosby said to Stewart 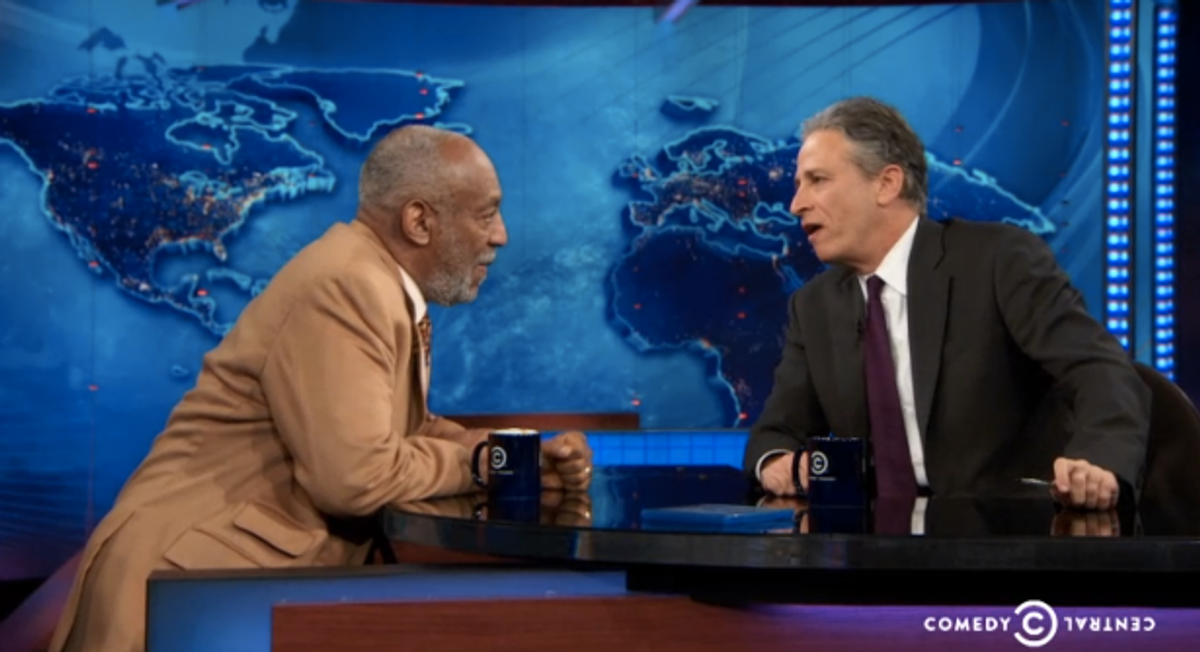 Jon Stewart all but reversed roles from host to guest on Tuesday night's "Daily Show" to welcome comedy legend Bill Cosby to the set, whose stories left the host in an adorable fit of giggles for six minutes straight. The 50-year comedy veteran, now 76-years-old, will be releasing "Bill Cosby: Far From Finished" on Comedy Central this weekend, his first stand-up special in 30 years.

Cosby, who came across as a remarkably ebullient curmudgeon, chided Stewart for cursing in a recent benefit stand-up they both participated in. "What you have you to understand, Jonathan: from whenst I cometh, when people cursed, the next thing that was gonna happen was somebody was gonna hit you," Cosby said to an incredulous Stewart.

"See, now there's a whole new culture. People curse and they laugh. But for me, when you were cursing, I started crying."

Stewart protested, "It wasn't cursing, it was Yiddish!" Stewart later suggested that Cosby must have heard profanity when working clubs on Bleecker St. with Richard Pryor. "No," said Cosby, who has spoken against using profanity in comedy throughout his entire career. "You could not use profanity."

But, he conceded to Stewart, "It was lovely and interesting to listen to you talking." The two then embraced in one big Jewish hug of love and Cosby melted in his chair.