The five remaining members will perform in July 2014 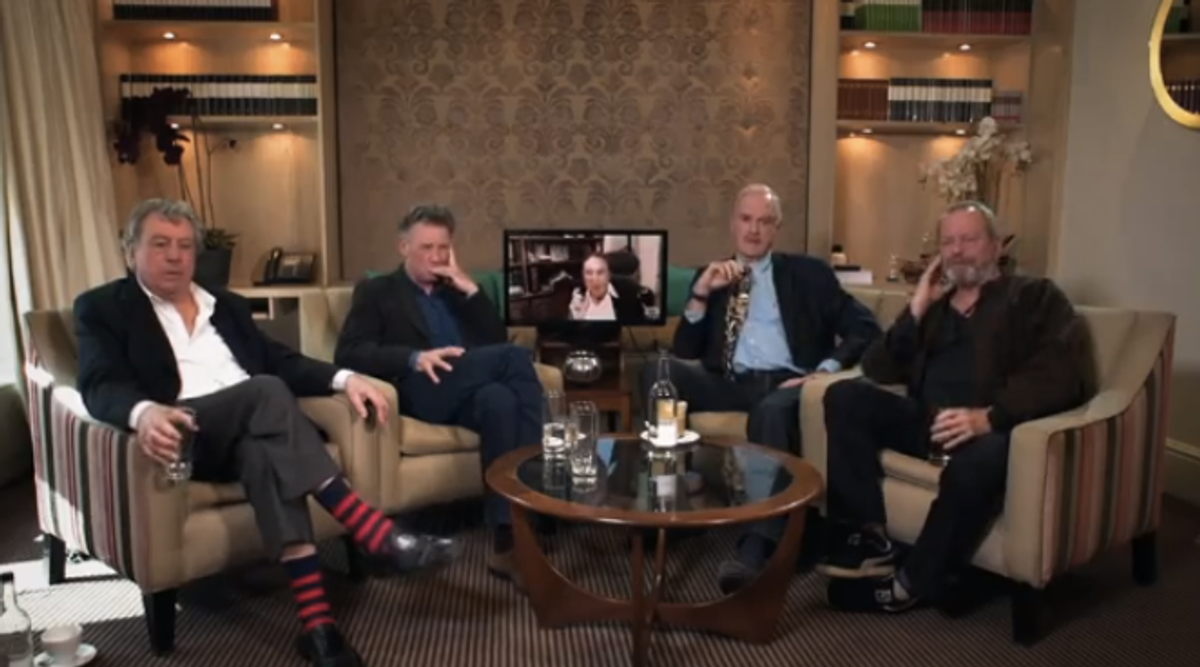 Following news of a reunion show, the five surviving members of Monty Python revealed more details of the performance that is to take place on July 1, 2014, in London's O2 Arena.

John Cleese, Eric Idle, Michael Palin, Terry Gilliam and Terry Jones will perform some of the group's most iconic sketches with "a modern, topical, Pythonesque twist,” along with some new material as well.

“People do really want to see the old hits, but we don’t want to do them in a predictable way. The main danger we have is that the audience know the scripts better than we do," said Cleese.

The audience can expect “comedy, pathos, music and a tiny piece of ancient sex,” added Idle.