This time, he enlists the help of Steve Buscemi, Michael Strahan and Matthew Broderick to make his point 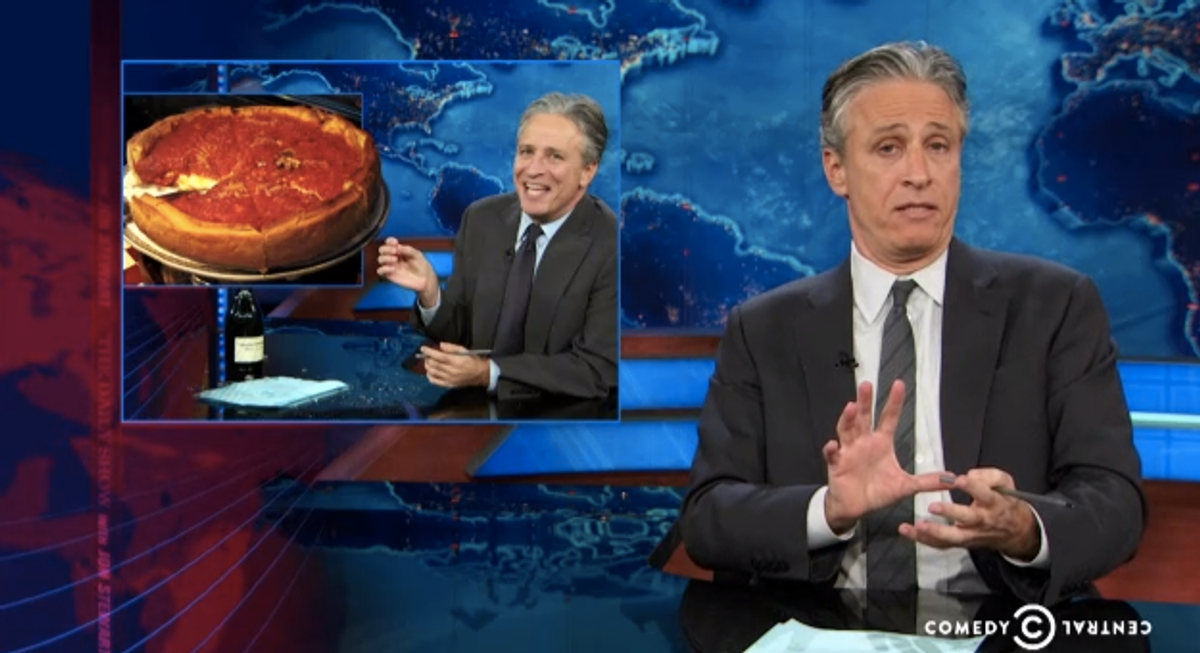 It seems that Jon Stewart angered Chicago when he "may have implied that deep dish pizza tastes like a string cheese that had been baked for two hours inside of Mike Ditka's ass," so of course Stewart picked on Chicago pizza again, this time with even more force.

Worried that perhaps his epic rant was not convincing enough for Chicagoans, Stewart enlisted "Daily Show" correspondent Jason Jones, actors Matthew Broderick, Steve Buscemi and television personality and NFL great Michael Strahan to make the point for him. What makes New York pizza so much better than Chicago deep dish pizza? "It's not the crust, it's not the sauce, it's not the mozzarella," explains Broderick. "It's the magic."

But Stewart finally came to a truce, acknowledging that Chicago pizza "is very tasty," and found a new enemy: California. California pizza "is shit," said Stewart. Alright, Cali -- the ball is in your court now.