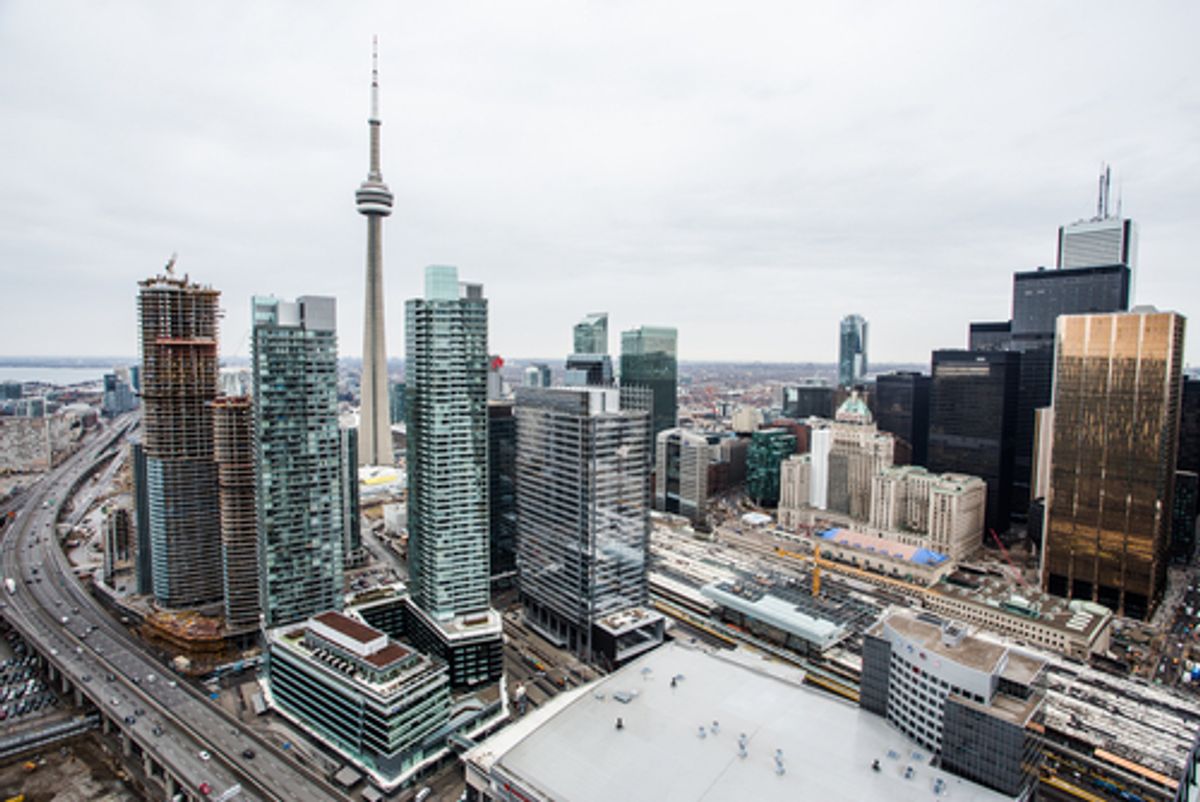 For perhaps the first time this week, there's encouraging news to report about the struggle to reduce greenhouse gas emissions: Ontario just announced its intention to become entirely independent of coal-fired power. It's the first and only jurisdiction in North America to do so; Environmental Defence Canada is calling it the "the largest greenhouse gas reduction project on the continent."

[Premier Kathleen] Wynne’s government next week will introduce the Ending Coal for Cleaner Air Act in Parliament. Unlike most such legislation, the Act will ratify what the government has already done – close down the coal-fired power plants that once supplied a quarter of the province’s electricity. Today, Wynne, and a visiting Al Gore, announced the shuttering of two huge coal power plants ahead of schedule, which will save $95 million in operating costs, according to the government.

Once a third big coal-fired plant switches to burning biomass over the next year, the legislation would ensure that no new coal power stations get built. The Ontario government estimates that burning coal results in more than $4 billion in annual health and environmental costs.

All this in a country that's been earning the world's derision over the past two weeks for its otherwise deplorable climate policy.

National Journal explains how the province was able to wean itself off coal in just 10 years:

A wide mix of alternative power sources, boosted by some government help, have filled the gap. Since 2003, Ontario has seen the completion of five nuclear projects, 12 natural gas projects, five hydropower projects, and 17 wind projects. Coal plants are being converted to run on natural gas and biomass.

Coal still makes up 9 percent of Ontario's installed energy capacity, but other sources provide more than enough to meet peak demand on their own. Nuclear power is the leader with 36 percent; gas power makes up 28 percent; hydropower provides 22 percent; and fast-growing wind energy comes in at 5 percent.

The province's Green Energy Act, passed in 2009, provides cost considerations for renewable energy sources that feed into the grid, a controversial policy known as a feed-in tariff.

"If we were magically able to do in the world what Ontario is announcing today, then half the CO2 [currently in the atmosphere] would fall out in a single generation," former Vice President Al Gore said at a press event. Unfortunately, that's not likely to happen even on the rest of the continent. In the U.S., National Journal notes, 37 percent of electricity still comes from coal, and strong alliances between miners, producers, truckers, railroads and utilities -- absent in Ontario -- aim to keep it that way.

Still, the world (not to mention Ontario) can definitely use the win.