Plastic pollution may be transporting toxic chemicals into our seafood 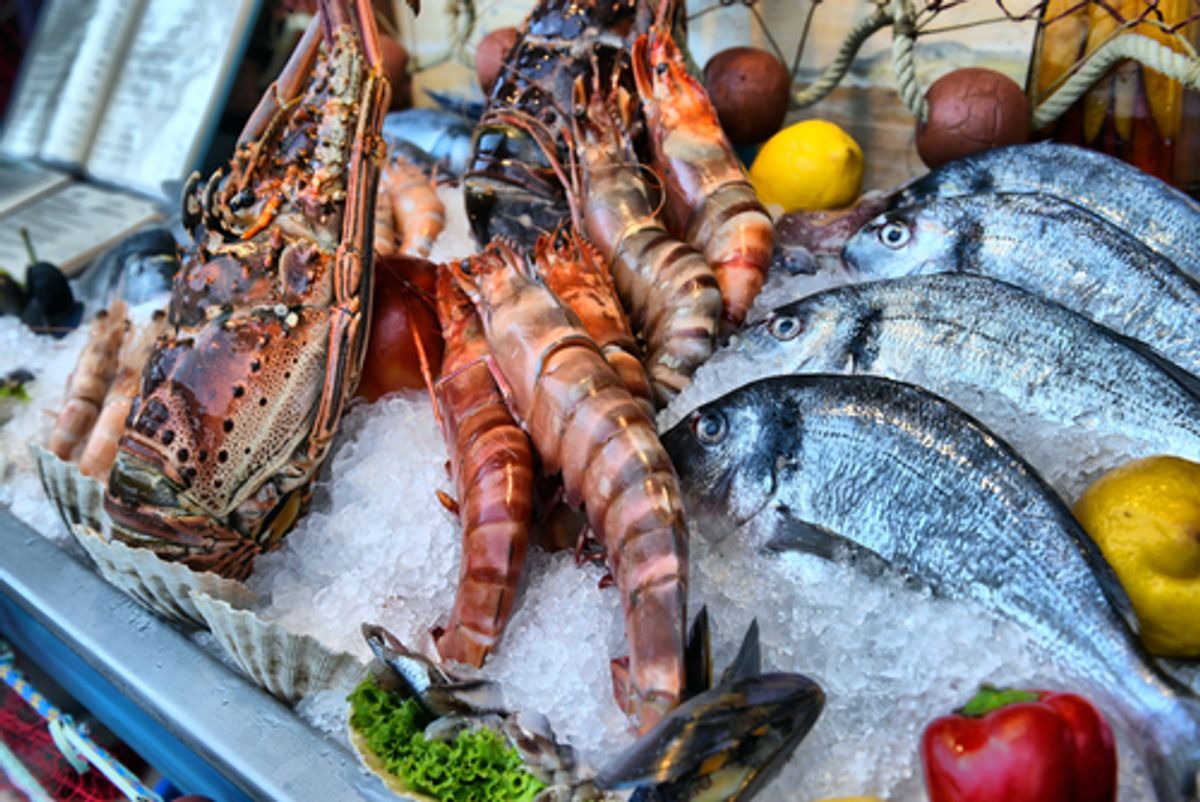 Plastic pollution is already seen as one of the most serious threats to the oceans -- particularly those teeny particles that we can't normally see, but which fish love to eat. Another serious threat: the man-made chemicals dumped or washed into the waters. And while each is worrisome on its own, they cause even more trouble combined.

That's because plastics, as researchers are beginning to understand, have the ability to soak up those toxic chemicals -- things like PCB and PBDE that have been shown to be harmful to human health. And when fish gobble them up, a new study in Nature found, those chemicals seep into their bodies.

In the study, researchers soaked small pellets of polyethylene in the waters of San Diego Bay for three months, then tested them and discovered that they’d absorbed toxins leached into the water from nearby industrial and military activities. Next, they put the pollution-soaked pellets in tanks (at concentrations lower than those found in the Great Pacific garbage patch) with a small, roughly one-inch-long species called Japanese rice fish. As a control, they also exposed some of the fish to virgin plastic pellets that hadn’t marinated in the Bay, and a third group of fish got no plastic in their tanks at all.

Researchers still aren’t sure why, but many small fish species will eat these sort of small plastic particles—perhaps because, when covered in bacteria, they resemble food, or perhaps because the fish simply aren’t very selective about what they put in their mouths. In either case, over the course of two months, the fish in the experiment consumed many plastic particles, and their health suffered as a result.

One fish even ended up with a liver tumor. Compared to those fed clean plastic or none at all, the researchers found an enormous buildup of toxic chemicals in the fish, which, thanks to a principle know an biomagnification, should build as it moves up the food chain: “If these small fish are eating the plastic directly and getting exposed to these chemicals, and then a bigger fish comes up and eat five of them, they’re getting five times the dose, and then the next fish—say, a tuna—eats five of those and they have twenty-five times the dose,” is how lead author Chelsea Rochman explained it.

“So is plastic a vector for these chemicals to transfer to fish or to our food chain?" said Rochman. "We’re now fairly confident that the answer is yes.”