Now that they nuked the judicial filibuster, Democrats must exercise their new power and build a progressive bench 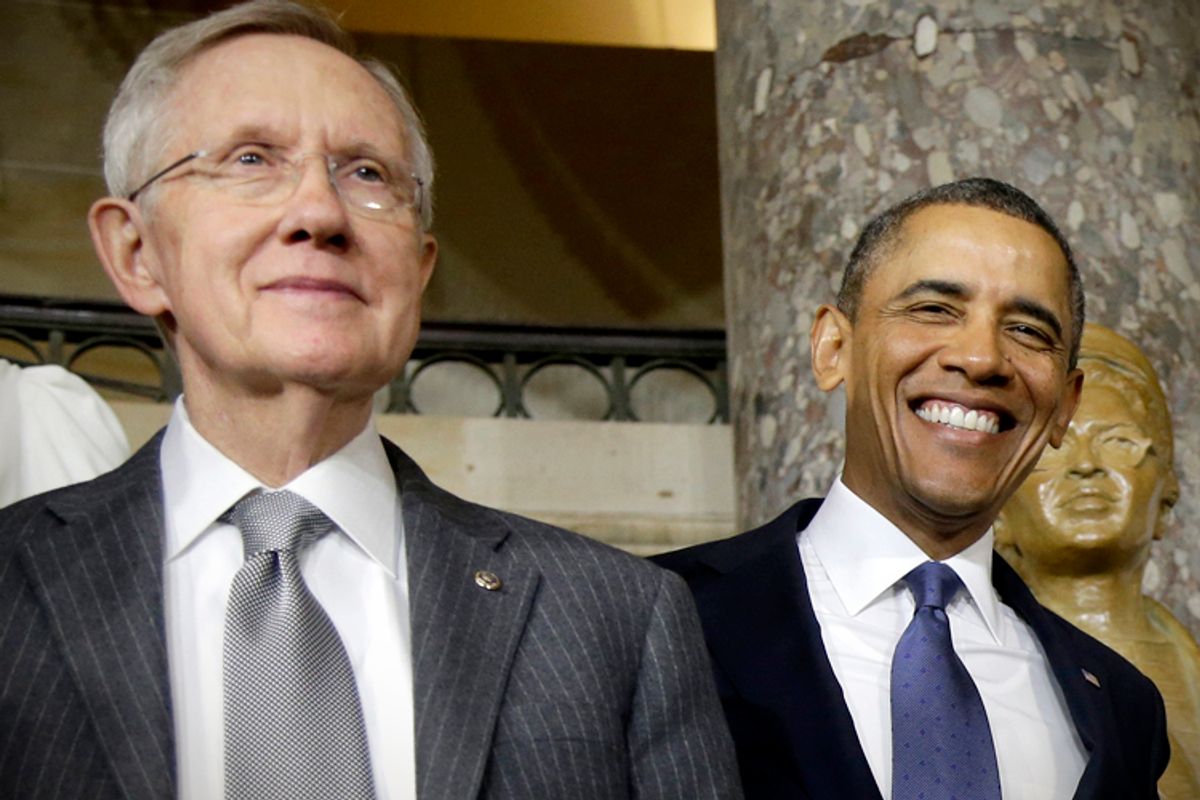 Starting this afternoon, presidential nominees, save for designated Supreme Court justices, can no longer be filibustered.

Republicans left Senate Majority Leader Harry Reid no choice, so on Thursday he exercised the nuclear option. It's an incremental step toward the eventual abolition of the filibuster as we know it -- Senate Republicans are already threatening to eliminate it entirely if they retake the majority next year -- but on its own, it will help revivify one of the country's most sclerotic institutions.

In that sense it's a development worth celebrating irrespective of short-term political considerations, and without interpreting it simply as a testament of Reid's faith in the durability of his majority.

But the political and ideological consequences can't be ignored either. And here, Democrats need to think beyond the three vacancies on the D.C. Circuit Court of Appeals that ultimately forced the issue.

They should first understand that the change was inevitable. If Reid had allowed Republicans to nullify these vacancies, then they would likely have nullified others. Or perhaps Democrats would have been compelled to act in kind under a future Republican president. Eventually this escalation would have become untenable and somebody would have had to go nuclear.

But it happened now, with at least one year of Democratic control of the Senate remaining in Obama's presidency. And Democrats have no reason to squander that opportunity by being shy about exercising the power they just seized.

The rule change upends the old norms that governed the legislative and executive branch's roles in seating judges. That means Obama and Dems can fill every vacancy on the federal bench before their control of the Senate, or his presidency, comes to an end.

But it also means liberals ought to now devote more resources toward creating a real progressive counterweight to the conservative legal establishment.

Over the course of several decades, the right has nurtured what essentially amounts to a shadow judiciary, composed of conservative legal scholars who disagree, juridically and ideologically, with the post-New Deal consensus. Republican presidents draw upon this class of activists to fill judicial vacancies, creating a modern antipode to liberal judicial activists of previous decades.

As that movement has matured, and in part because that movement has matured, politics has shrunk the ideological sphere from which Democratic presidents have been able to cull liberal jurists. Outspoken progressives, on the periphery of the sphere, have been marginalized. The liberal legal establishment is so scrutinized and subject to so many litmus tests that it has self-selected for timid or self-censoring thinkers, at least in part because it was assumed "liberal activists" would be blocked, and thus never nominated.

That limiting force is gone now. And the hope is its absence draws a new generation of legal minds out of the shadows and onto the bench sooner than later.