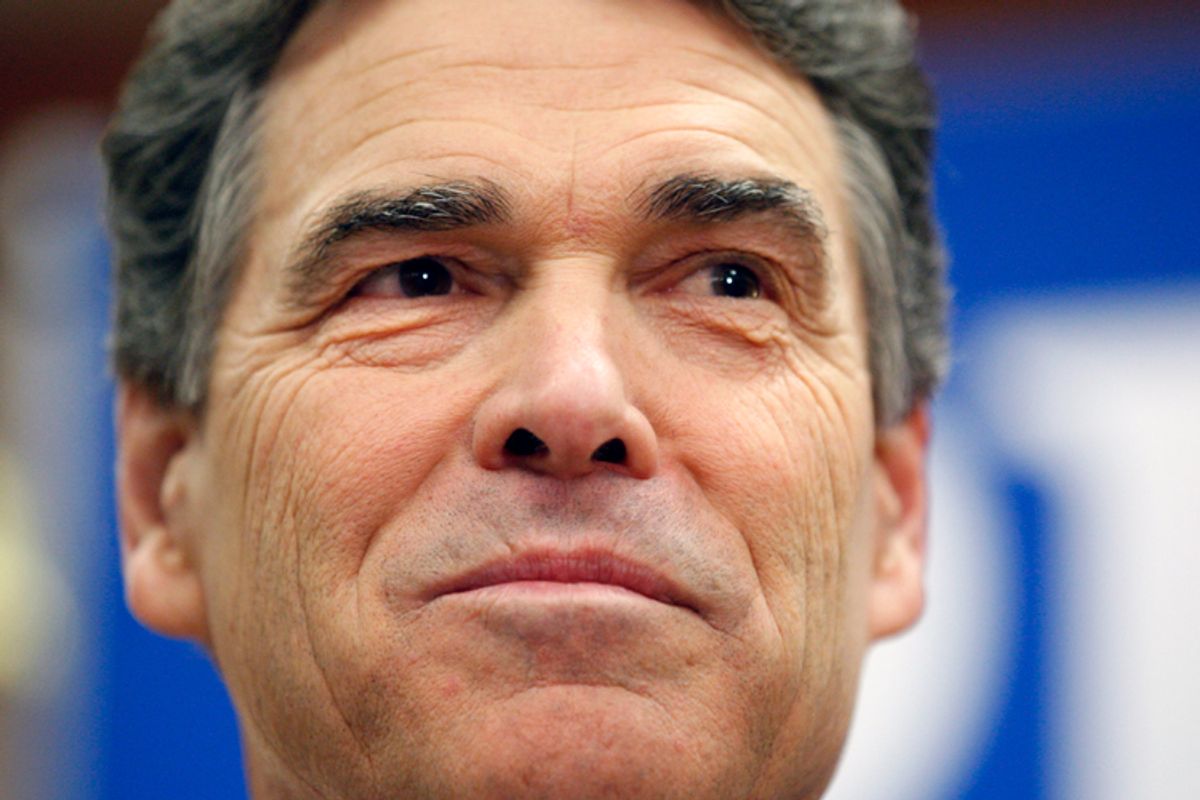 Texas Gov. Rick Perry, the man who, during a televised debate, couldn't remember which federal agencies he'd dissolve, has a simple response to the idea of changing the way the GOP conducts its debates: "Hell yeah!"

That's what Perry reportedly said, to laughter, during a recent meeting of the Republican Governors Association.

Ohio Gov. John Kasich set Perry up for the joke when he commented that the GOP should “end the stupid way we conduct presidential debates." That's when Perry chimed in.