But it'll probably be great for Butterball's bottom line 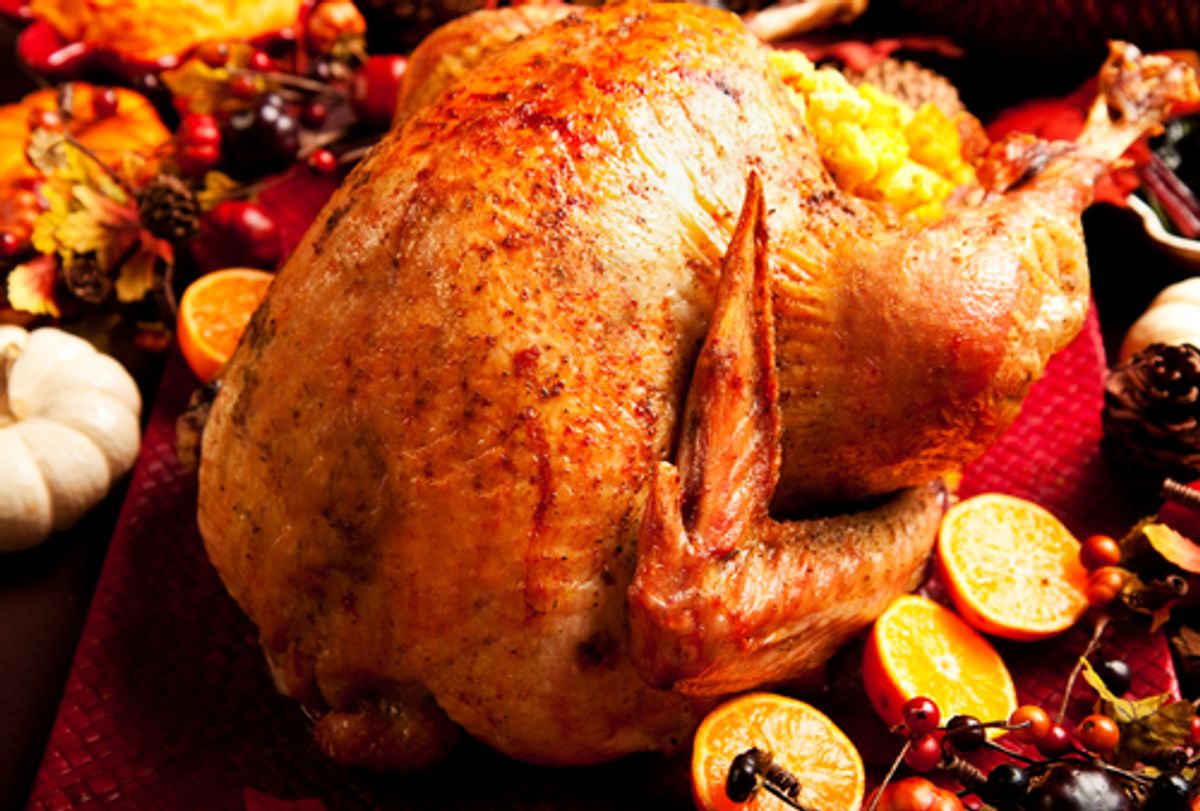 Have you heard? There's a NATIONWIDE FRESH TURKEY SHORTAGE. Or, more reasonably put: "Some Butterball turkeys have not been gaining weight for some reason."

After announcing that it's in short supply of fresh, 16-plus pound birds, Butterball, which supplies about one in four Thanksgiving turkeys, has been suspiciously mum about what, exactly, is driving the "crisis." Odder still, no other suppliers have reported similar problems.

Mother Jones' Tom Philpott has some elaborate theories for why Butterball is having trouble fattening up its turkeys: They may have quietly eliminated ractopamine, a drug used in the U.S. but banned in other countries; the high price of corn could have inspired them to switch to a cheaper feed; they may have decided to adhere to the FDA's voluntary guidelines about reducing antibiotic use. None seem particularly likely, and a Butterball spokesperson decline to comment.

The simplest explanation, in this case, is also the most likely: crying "turkey shortage" makes for a brilliant marketing ploy. As Fox News warned readers when it covered the story: "If you see a fresh Butterball in the supermarket, grab it." Your other option? Just buy a different brand.