The National's Bryce Dessner: The secret about advice is knowing when to ignore it

Music professors told me I needed to focus on one style. I rejected that and found my style on my own

By Bryce Dessner as told to David Daley 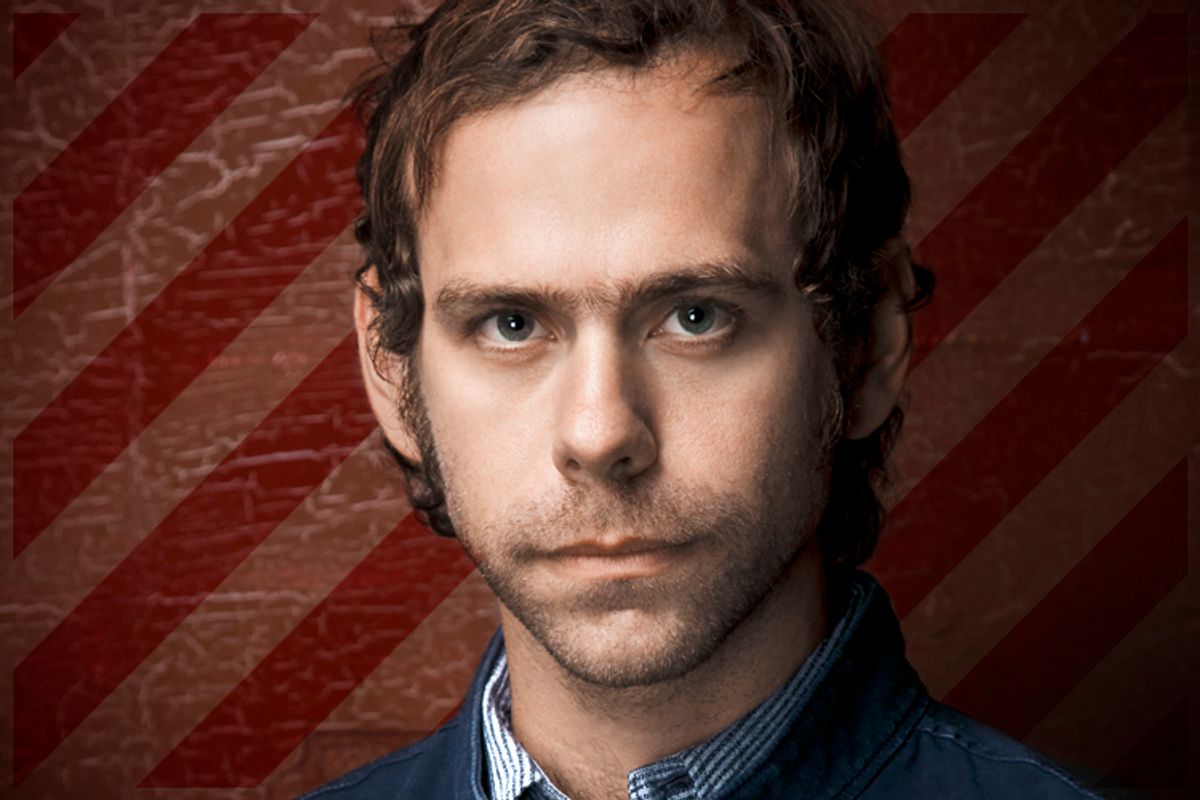 Sometimes young people ask me – after a National show or after a classical show – “What’s your advice?” Or they’ll say, “How do you do what you do?” I say have a diversity of interests. If you’re interested in writing this kind of music, but also have this crazy idea to do something different, that’s really good. Professionally it opens more doors, and also, I think, you’re getting closer to what it is that is unique about yourself. Asking, “What’s different about me, than someone with a similar background?”

My background in music is classical – I did graduate school in music. At that time I was studying composition but I was studying classical guitar very seriously. For many people in the music conservatory world the message was always: Focus! You can’t do everything; you really need to specialize. And especially at an early age, I ignored this advice.

I’ve always been in rock bands. I was in a rock band with my brother in high school. Then I was playing classical guitar recitals, and people said, “You know, you can’t really do both things.” My intuition told me they were wrong. Somehow what was interesting about me was that I had those two things in my life. Someday that diversity of experience, and how that would translate into my music, or my personal experiences, would be more enriching or rewarding than just going down one path.

I don’t always make the right choices, but for whatever reason, that one worked out. Fifteen years later, I still have both types of music in my life. My main professional experience is touring in a rock band. But I have this other really rich experience as well. Obviously, I’m not playing classical guitar anymore. That’s like being a professional athlete or a ballerina – it takes eight hours a day.

In my 20s I was actually making the gradual transformation from playing proper Spanish guitar and renaissance music into really playing mostly contemporary music. I was playing electric guitar, which a lot of big minimalist, post-minimalist composers in New York like David Lang were doing.

But through all this I had my own group, that in a way was a hybrid of those words, called Clogs. Clogs was made up of people I met in school who were really amazingly trained musicians who were interested in kind of exploring our own music. We would write together, collaborate with dance companies; we scored a film. We did lots of different types of activity. We were interested in improvising, and in a way that was like a laboratory for sort of searching deeper into what kind of music I wanted to do. And that all led me on the road toward more composing. I’d been composing all along; even back to when I was doing those classical guitar recitals, I would always write my own piece for it. So for the people who wanted me to focus, well, that’s an example of some advice I ignored.

The classical music world is very insular and it is very much about the teacher-student relationship, and the kind of academy, and lineage. They talk about maestros or whatever. In a way you answer to a higher calling of this path. It’s incredibly challenging; it’s scary. But there is a path.

You can’t tell a young rock band starting out in New York City what the path is. They’re just going to say “fuck you” and try to figure it out. And that was my experience playing in the National and playing music that didn’t have a home: You couldn’t go somewhere to study it. I think in a way I benefited from challenging that system, or doubting it on some level.

Part of it was just being self-aware. I’m a good guitar player, but I went to school with the Cuban guitarist who is the best guitar player. So I could see that there wasn’t a lot of room for me – I don’t play Paganini the fastest. Basically, it’s like an Olympic sprinter when you realize that you’re not at that level. There is certainly beautiful, beautiful music that can be made. I have a ton of friends who are doing incredible work with classical guitar. But for me, anyway, it felt like I needed to find another outlet.

It’s not quite accurate to say that I was bucking the system. My professor Ben Verdery, the guy that taught me guitar, who is this incredible classical guitarist, one of the best American classical guitarists, was very helpful. He was sort of a voice of reason, and I have to give him credit. He was always very supportive of these very different sides. He himself is a very atypical figure.

It was more the culture itself and the feeling of a conservatory that was all about becoming the best at a certain thing. Where obviously that path that I’ve taken – and that I think most composers have to take – is a more general, broader sort of path. About learning about lots of different kinds of music and different instruments and learning what their voice is.

The irony is that even as a guitarist now, I’ve played in places that I never would have been good enough to get to play as a classical guitarist. And I play classical music in those places, you know. These big famous theaters don’t really program many soloists. I’ve come back to classical music, and playing more notated, serious music. The path that I’ve taken has allowed me to do that. It is very rewarding.

I think you could say a lot about different phases of people’s careers. You know, coming out of school into this kind of culture of indie rock. Everything was happening in the late ‘90s, early 2000s in terms of musicians that are interested in risk taking and pushing themselves musically. That community had a tremendous appeal. That’s where a lot of exciting music was about to happen or was happening, or had been happening. As opposed to being in a situation where you’re a classical musician who is trying to fit a certain model.

I could bring it back to the record that I just made with Kronos Quartet. For any young musician they are the example of how you become something unique all your own. They’re totally pioneering and groundbreaking.

I don’t want to water this down into a melting pot of influences, because that is never a good thing. I try to make music that can stand on its own, that doesn’t require being validated by another – my composing for a string quartet is not made better by the fact that I’m in a semi-popular rock band. It has to be music that’s good, and that you’d be interested in listening to on its own.

That’s the main thing I would say about allowing yourself to search for whatever it is about your passion that is unique to you: It might be things that are going in different directions. With that being said, it is also great to focus on something all your own, and for me that’s writing music and developing my voice in that way.

For this project with Kronos, I spent a lot of time writing those pieces. Kronos made such a mark with young musicians, and almost became a sort of archetype, or almost kind of a band. All these young groups are essentially forming and operating in the kind of model of what Kronos has become.

I don’t know what the next step is. I think I’m busier than I’d like to be. I’m looking forward to a time in my life where I can relax a bit more, and maybe have more time to enjoy myself.

MORE FROM Bryce Dessner as told to David Daley