GOP is literally killing its base

Slashing food stamps will decrease the life expectancy of poor rural whites, many of whom put Republicans in office 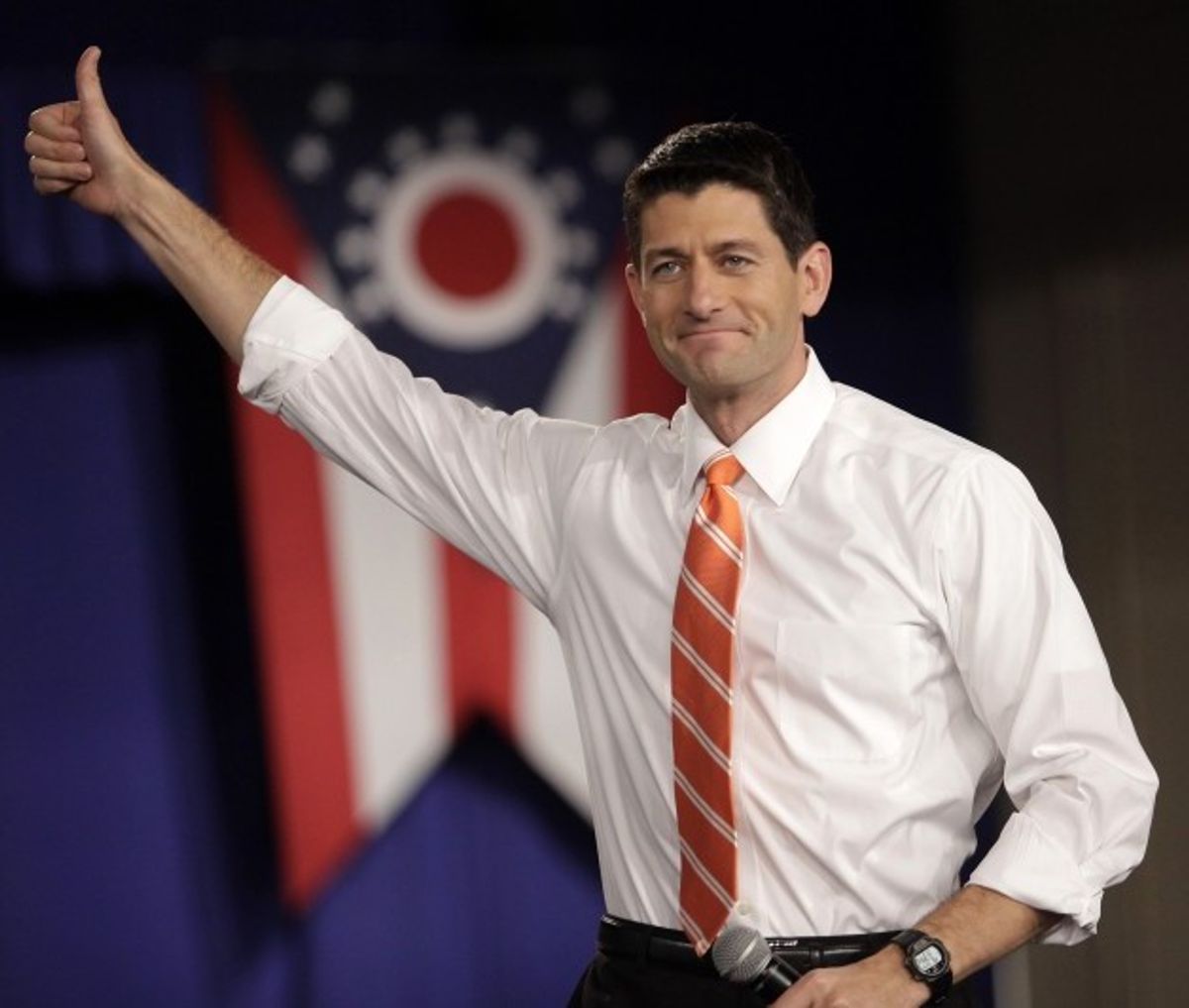 It isn’t hard to understand why Republican Party strategists have been gloating over New Jersey Gov. Chris Christie’s landslide re-election on November 5: at a time when so much is being written about demographics working against the GOP, they’ll take all the victories they can get (especially in a state as heavily Democratic as New Jersey). But Christie’s victory was an outlier, and Christie—as right-wing as he is—has never been a favorite of either the Tea Party or the Christian Right.

Trends are more revealing than outliers, and one need only attend a Tea Party rally or look at the 2012 election results to see that the GOP base is predominantly white, older and hardly the picture of diversity. But the fact that President Barack Obama, in 2012, won 93% of the African-American vote, 71% of the Latino vote, 73% of the Asian vote, 67% of the non-married female vote and 55% of the overall female vote isn’t the only problem the GOP is facing when it comes to demographics. The GOP’s dirty little secret is that Republican and Tea Party policies are literally killing the GOP’s own base.

Not all of the older white males (and to a lesser degree, older white females) who vote Republican are affluent, and not everyone who is affluent votes Republican (some of the most expensive, ultra-gentrified cities in the United States—including Seattle, San Francisco, Boston and New York City—are overwhelmingly Democratic).

The late journalist Joe Bageant (a self-described “redneck leftist” and author of the 2008 bookDeer Hunting with Jesus: Dispatches From America's Class War) had a lot to say about white poverty and the fact that the GOP, with its emphasis on culture war issues, has convinced many older whites to vote against their own economic interests. Bageant often stressed that poverty should not be viewed as strictly an urban, black and Latino problem. He was fond of saying that when you’re poor, white and rural in America, you have no choice but to get tough in a hurry. And since Bageant’s death in 2011, the economic conditions for poor whites have continued to worsen.

The number of Americans who are poor enough to qualify for food stamps has increased by a disturbing 30 million in the last 13 years. In 2000, 17 million Americans were receiving food stamps; in 2013, the number is 47 million. Hoping to stir up racial tensions, far-right AM radio talk show hosts and Fox News wingnuts try to paint food stamp recipients as strictly or mostly people of color. But the facts don’t bear that out. According to the U.S. Census Bureau, roughly half of food stamp recipients are non-Hispanic whites (in Ohio, it’s around 65%). So when Republicans vote to cut food stamps, many of the people they are hurting are white. OnSeptember 19, Republicans in the House of Representatives voted to slash billions of dollars from the U.S. food stamp program during the worst economic downturn since the Great Depression of the 1930s.

Former House Speaker Newt Gingrich’s description of Obama as the “food stamp president” was obviously designed to inflame racial tensions and paint African Americans as freeloaders, but Gingrich neglected to mention that many of the people he considers freeloaders are actually white. When Republicans and the Tea Party contribute to hunger by attacking food stamps, people of color aren’t the only ones who suffer: Republicans are physically harming their own base. Slashing food stamp benefits won’t harm the Koch brothers or JPMorgan Chase CEO Jamie Dimon, but it will definitely harm poor whites in a place like McDowell County, West Virginia, which is 94% white (according to the U.S. Census Bureau), rural and has a life expectancy of only 63.9 for males and 72.9 for females (according to a report that the Institute of Health Metrics and Evaluation at the University of Washington released in July 2013). If life expectancy is any indication, the economic conditions for white males in McDowell County aren’t much better than the economic conditions in Haiti, where, according to the World Health Organization, males have a life expectancy of 62. In contrast to McDowell County, that study showed a life expectancy of 81.4 for males and 85.0 for females in Marin County, California—which is affluent and heavily Democratic.

Owsley County, Kentucky is another example of a place that is predominantly white (97.6%), heavily Republican (Romney won 81% of the vote in Owsley County in 2012) and full of poverty. Bloomberg News has reported that in 2011, 52% of the county’s residents were receiving food stamps—which Rep. Hal Rogers, the Republican who represents Owsley County, voted in favor of slashing. From Kentucky to Mississippi to West Virginia, Republicans who were elected by an abundance of poor whites have voted in favoring of cutting food stamps.

Cutting food stamps isn’t the only way in which the Republican Party is doing things to literally kill its own base. The GOP, from Sen. Lindsey Graham to Tea Party favorite Ted Cruz, has been in lockstep in its opposition to the Affordable Care Act of 2010. According to WHO, the U.S. on the whole has an overall life expectancy of 79 compared to a long list of European countries where life expectancy is 81, 82 or 83—and the fact that Europeans have universal healthcare clearly has a lot to do with the fact that they are generally outliving Americans. A major difference between being poor in the U.S. and being poor in Switzerland or France is that in Switzerland or France, the poor have easier access to healthcare (including preventative medicine). The Gallup-Healthways Well-Being Index has found that Americans living in poverty are more likely to suffer from heart disease, high blood pressure or diabetes than Americans not living in poverty. The fact that men in poverty-ridden McDowell County are dying 18 years younger than men in upscale Marin County bears that out.

Another way in which Republicans endanger the lives of their rural white male base is by endangering Social Security. President George W. Bush advocated privatizing Social Security and turning it over to Wall Street. It became obvious just how terrible that idea was when Wall Street went into cardiac arrest in September 2008. But instead of backing down from that idea, Republicans have doubled down on it. In 2010, the Club for Growth proclaimed, “Privatize Social Security? Hell, yeah!”

Certainly, older Americans don’t have to rely on Social Security exclusively when they retire. Collecting Social Security doesn’t mean that one cannot have an IRA (individual retirement account) as well. But an IRA is more likely to be in good shape if Wall Street is carefully regulated, and Republicans have gone out of their way to annihilate what’s left of the financial reforms of President Franklin Delano Roosevelt’s New Deal. The modern Democratic Party hasn’t always been great about protecting the New Deal either; some Democrats favored the 1999 repeal of the Glass-Steagall Act of 1933, for example. But when a Democrat aggressively calls for Wall Street and the banking industry to clean up their act—Sen. Elizabeth Warren in Massachusetts and Rep. Alan Grayson in Florida both deserve applause in that area—they are called “socialists” by Republicans and the Tea Party.

In the past, there were many Republicans who saw the value of having a social safety net. Today’s Tea Party Republicans, however, believe in assaulting the poor and the middle class at every turn—and the older whites who vote for them are not exempt. Between butchering the food stamp program, opposing healthcare reform, trying to turn Social Security over to the whims of Wall Street, and going out of their way to eliminate what’s left of the New Deal, modern-day Republicans are no friends of older Americans—including their older white male rural base.