U.S. corporations are complicit in Chinese corruption. Why are our newspapers so afraid to report the truth 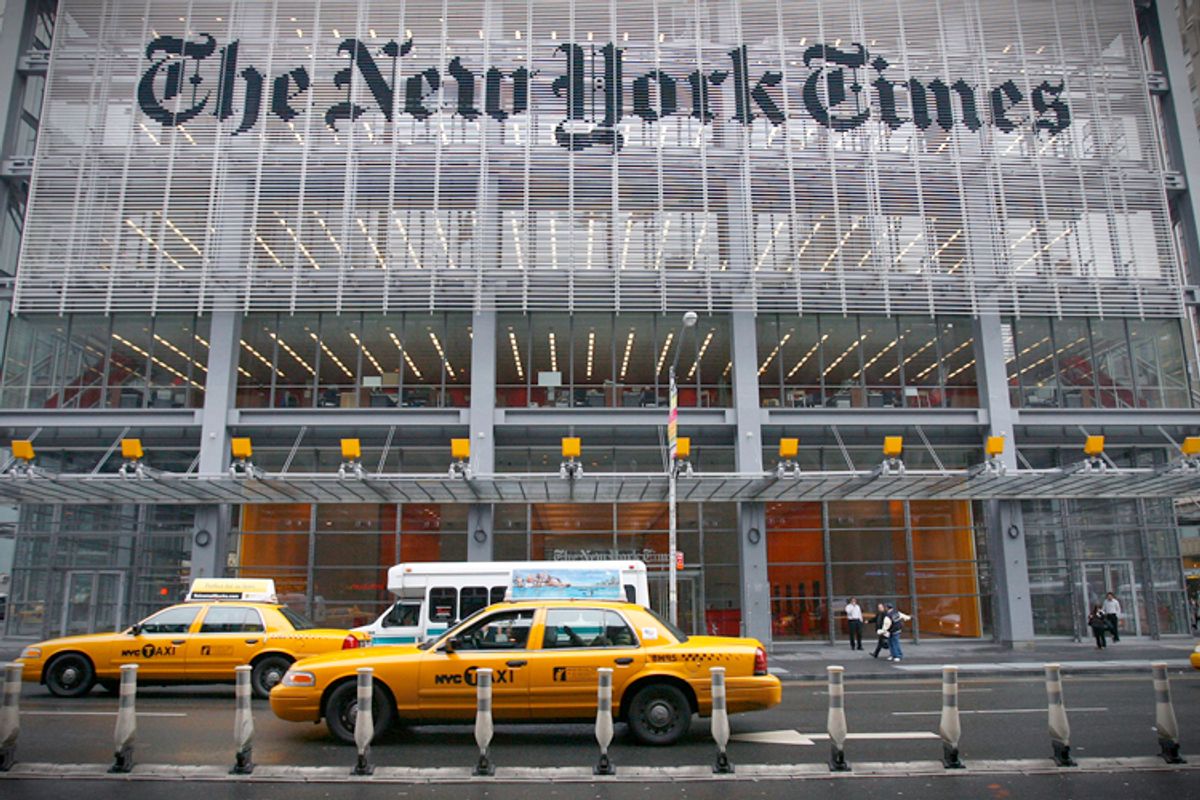 Once upon a time, people on this side of the Pacific were encouraged to assume that China’s post-Mao economic reforms would make the land of 1.4 billion mostly miserable souls a democratic, equitable, orderly place. It always happens this way, after all: Open markets make open, free societies. Straight-line equation.

And this was why it was terrific that hundreds of multinational banks and manufacturers were investing in Chinese operations. Making China democratic was, when one truly got down to it, what all those CEOs wanted. You knew this was so: You read it in the newspapers.

The story would be too much to take. Not to raise ignitable topics among readers of my previous column about how the New York Times shades the truth with quotation marks, but the story would require that reforms be changed to “reforms.” The story is that America and most of its people are heavily dependent upon, if not addicted to, the very system of suffocating control and exploitation they profess to regret.

Here it is in a phrase: We are all corrupt Communist Party apparatchiks now. And the moment comes when we have to recognize that we have been since the days of Deng way back in the 1980s. Why can I not read about this in my newspapers?

The reforms just announced by President Xi Jinping are supposed to be the greatest thing since Saran Wrap. (Is that made in China now, too?) Pundits and Sinologists compare them with the big reversals Deng Xiaoping initiated when Mao was dead two years and it was safe to come out of the closet with the getting-rich-is-glorious bit.

We await a full-dress document listing all of Xi’s reforms. So far we have some price liberalization, some reduction of investment restrictions, some increased competition for state-owned enterprises (known as SOE’s), and so on. All of this — the phrase now prompting a frisson in the financial press — is intended to “allow the market to play a decisive role in allocating resources,” as the central committee communiqué explained it.

I do not find markets especially reliable in allocating resources — ask a mergers-and-acquisitions man and then ask a schoolteacher — but we can leave this for a minute.

There are some social measures planned. Urban migrants will get equal treatment when they arrive in cities to find work. Farmers will be allowed to sell land when they surrender the village to join the urban drift. The item readers will have read about is the liberalization of the one-child-only policy, which was among Deng’s earliest reforms — excuse me, “reforms.”

Look at this list, sketchy as it is. What do we have here from the desk of Comrade Xi? The correspondents in Beijing will not help you on this point.

These are top-down, technocratic adjustments intended to make China’s authoritarian-capitalist system work better (or “better”). It is the obvious point of the market adjustments. Most of the new social provisions are simply responses to labor shortages that will, if unaddressed, leave factories short of fodder and cause wages to rise.

Reforms alter institutions; they imply fundamental change in a society’s direction. What our press has just reported are “reforms.” They offer more efficient ways to exploit and control people within the social economy just as it is. They are mechanisms, not reforms. And this is why they meet with unanimous approval in the West. The China play is too good to change but at the margins.

It is almost as if Xi and his central committee comrades wanted to put this point as starkly as possible. Along with the economic “reforms” came a big one on the administrative side. Beijing is now to form a “National Security Commission” to concentrate power over domestic security, external intelligence, foreign policy, and military policy. Xi is likely to head this agency. My favorite detail: The model is a cross between our National Security Council and the National Security Agency. Something to be proud of in some quarters.

We come to what is missing from the reports of Xi and his “reforms.” We have no account of our complicity, our interest in Xi’s success as he fortifies and extends centralized power such that a one-party dictatorship can survive a carefully attenuated opening of the most profitable sectors of the social economy. It is because of our complicity that our press overstates the Chinese case: “Reforms” have to come across as reforms.

The Financial Times now runs headlines (Nov. 16, Page 3) of “hopes for a decade of radical change.” With respect for a newspaper I read regularly, this is misleading nonsense.

A couple of recent incidents in the press cast curious light. Ten days ago came a long piece revealing how Matt Winkler, the controversial (let us remain polite) editor in chief of Bloomberg News, spiked a year-long investigation of corrupt ties between a Chinese tycoon and senior C.P. officials. “If we run the story we’ll be kicked out of China,” one of the correspondents quoted his boss as saying in a late-night telephone call between New York and Hong Kong.

Winkler denies all, but then he would. (Transparency here: This columnist once wrote commentary for Winkler’s organization and got a variant of the same treatment.) If any reader can think of a lowlier example of depravity in the face of Chinese power and the profits earned therefrom, please use the comment box below.

It gets more curious. The Winkler story was leaked to and published by none other than the New York Times, which put it on Page One (Nov. 9). And curiouser still. Five days later the Times ran a huge takeout on — believe it — its investigation into how JPMorgan Chase had more or less bribed the daughter of Wen Jiabao, who was then premier, to win underwriting business for the China Railway Group, one of the larger SOE’s.

The Times item was by David Barboza, the paper’s Shanghai correspondent. (More transparency: Barboza was previously a colleague.) It is a remarkable piece of work; the graphic mapping the Wen family’s many imaginative corruptions must have cost thousands and a lot of legwork, and is well worth all of what was spent assembling it.

So far as I know, Barboza continues to live and file in Shanghai. The piece is remarkable (and devilishly timed to follow the Winkler revelation). A tip of the cap. But something is missing, making an untruth by omission.

The flow of under-the-table funds from Western banks and corporations is essential to Chinese corruption and those who benefit from it on both sides. Follow the logic out: It is one reason (of many, of course) that China is among the world’s most inequitable societies by way of income distribution. JPMorgan did but one thing differently: It got caught (which seems to be CEO Jamie Dimon’s special gift).

I find nothing radical in the thesis just described. It is a straight-up replica of what I used to call the Cold War social contract when I lived in Southeast Asia. Populations accept varying degrees of tyranny, political silence and across-the-board corruption among the elites, always with foreign funds to keep it all going. In exchange they receive a modicum of material comfort — TV’s, refrigerators and so on, usually the first they have ever owned.

I shorthand the deal as “shut up and change the channel.” You recall some of the names: Marcos, Suharto, Park Chung Hee, the amazing Kakuei Tanaka and his Lockheed scandal. I think Kaku-san actually did make green money sprout from trees before he was done.

To sum up: China under Xi Jinping does not represent a reform of this long-standing arrangement across the Pacific. Add his name to the list. And never leave home without your quotation marks.

Footnote: At midweek, the Wall Street Journal reported that JPMorgan has just withdrawn as underwriter of a $2 billion stock offering in Hong Kong by a mainland institution called China Everbright Bank. This is rare in the merchant-banking game. It seems that JPMorgan hired a young man named Tang Xiaoping prior to getting its piece of cake. Tang’s dad is chairman of China Everbright Group, the state-backed owner of Everbright Bank. This is one of several such deals U.S. authorities are investigating under the Foreign Corrupt Practices Act. Remember that? Congress passed it after Lockheed got caught bribing Tanaka, who was premier at the time (mid–1970s). What a footprint we leave at the other end of the Pacific.