Losing my nerd cred: When "Doctor Who" became cool

The show I was obsessed with as a kid turned into a huge worldwide phenomenon. Now I have to grow up 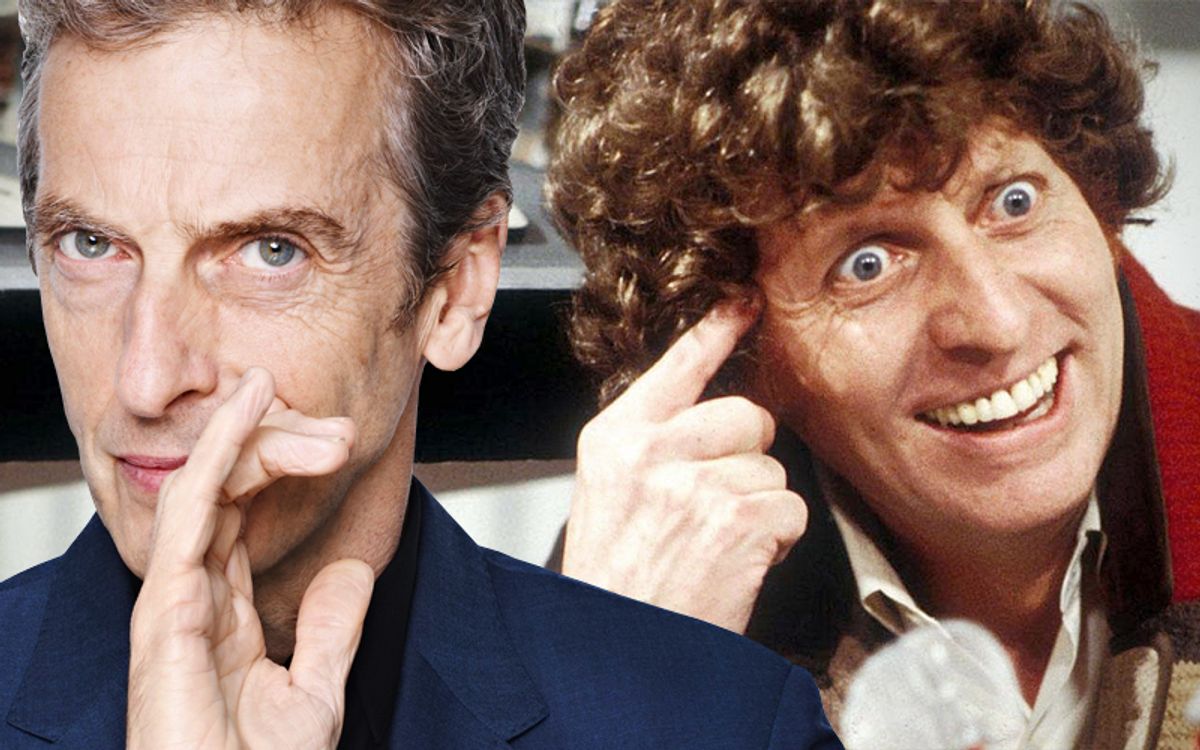 When I was a kid we didn't talk about "Doctor Who." After the first couple of blank stares, I learned that other kids didn't watch it and didn't know what it was, and so I learned to keep my feelings about, say, the fourth doctor's regeneration to myself. When someone asked me what my favorite show was, sometimes I looked down at my feet and mumbled, "You probably haven't heard of it." Sometimes I said, "Muppet Babies."

That was "Doctor Who" in the '90s in California -- not even nerdy, but downright unknown. Then, the year I graduated from college, the show came roaring back. I was excited, but worried. What if they screwed it up? What if it got canceled, wrested away from me as soon as it had been restored? Instead, something else happened: "Doctor Who" became mainstream.

A bar in my neighborhood started serving a cocktail called the "Fifth Doctor," complete with celery salt (it was delicious). Another bar, nearby, had a TARDIS-shaped bathroom. A woman sat down next to me in a Manhattan bookstore and began needlepointing an image of all seven original doctors. I showed her my TARDIS iPhone case, but she wasn't that impressed -- after all, everyone liked "Doctor Who" now.

Original "Doctor Who" could be, it must be said, a little rough around the edges. My few conversations about it in childhood often involved defending it against "Star Trek: The Next Generation" which had the advantage of a bigger budget and more advanced special effects. But what I loved about "Doctor Who" had little to do with whether its monsters ever looked convincing (the scariest is probably the clown who makes a cameo in "The Deadly Assassin"). It didn't matter if the story didn't totally make sense, or if every other alien planet bore a suspicious resemblance to a quarry outside of London (an effect "ST: TNG" replicated with a stretch of sage scrub outside Los Angeles) or if the green root monsters in one episode appeared to be the red blood monsters from another, only covered in green spray paint. What mattered was that "Doctor Who" filled a need in me to think about something bigger than myself -- something bigger, indeed, than Earth. At its best (and even sometimes at its less-than-best; looking at you, "Ghost Light"), "Doctor Who" was about the battle between good and evil for the soul of the universe.

The show is slicker now -- it no longer recycles monsters (unless you count repeat appearances by Cybermen and Daleks, staples of old "Who" as well). It's a little jokier, and it allows the once-platonic Doctor-companion relationships to get romantic, disturbing some purists (sorry, Dad). But the soul of the universe is still in peril, as is its body -- giant rifts are always threatening to swallow people up (especially in Britain, for some reason the target of all intergalactic evil). And I still watch, though not as religiously as I used to. I have a lot of options now.

My adulthood has seen an explosion of the kinds of stories I had to look hard for as a kid: "Children of Men," the rebooted "Battlestar Galactica," the criminally underrated "Sunshine," "The Hunger Games." Not all of these deal with universe-level stakes, but most do concern themselves with the fate of humankind -- we've been for the past few years in a cultural moment that cares about this, and that uses the tools of sci-fi and fantasy to explore it.

For the most part, I'm excited about this. I'm not one of those nerds who complains about the rise of nerd culture. Exclusivity has always been one of nerd-dom's least-attractive attributes (cf. the "Fake Geek Girl" meme) and, anyway, I like it when people like the things I like. It means the people who make them are more likely to keep doing it.

Nor am I going to claim to have liked "Doctor Who" "before it was cool" -- that would imply I was somehow clued-in or hip, when I was definitely not. In my house, we watched "Doctor Who" as a family. My dad and I once joined a "Doctor Who" message board, listing our age as "43 and 12." "Doctor Who" remains an important family bond -- we still watch the special together every Christmas -- but enthusiastically sharing interests with your parents is not a hallmark of the hip child.

It's more that a part of my childhood self has been retroactively declared normal, and while that's freeing (I can talk to everyone about Tom Baker now!) it's also kind of strange. Again, there's something noxious about the part of nerd culture that seeks to exaggerate the stigma of nerdiness -- having grown up a nerd doesn't erase any of one's various forms of privilege. But nerdiness does become a way for a lot of people to explain their feelings of confusion, isolation and alienation: "Oh yeah, I was a weird kid. I liked 'Doctor Who.'"

I don't have that point of reference anymore. Now, if I want to explain how weird it was to like "Doctor Who" when I was 12, I have to write an essay about it. I have to confront the root cause of my childhood weirdness, and recognize that it was probably less about my taste in TV than my slightly below-average social skills.

I think this goes beyond nerd culture. We tend to frame who we are in terms of our tastes (see any OkCupid profile, for instance), but when one of those tastes gets decoupled from its former meaning, that can force us to look at ourselves without the lens (or excuse) of pop culture and recognize that we were just, for instance, that kid who cared way too much when other kids were mad at her. That's not to say some people don't find legitimate refuge in shows like "Doctor Who" -- it's just that, for me, sometimes a cultural touchstone can stand in for actual self-understanding.

I'm lucky that "Doctor Who" got big when I was already a grown-up and had learned to behave more or less as a normal person. My pop culture excuse got taken away at a point when I didn't need it quite as acutely as I once would have (if everybody had been obsessed with the Doctor in eighth grade I don't know what I would have done, though I suppose there's a remote possibility I would've become cool). Still, there's a little piece of my personal self-serving mythology that I've had to let go.

In its absence, though, I'll always have the episodes. The one I keep coming back to, even though it's far from the best in any traditional sense, is "Delta and the Bannermen." The episode is objectively batshit: It features a green alien baby who grows to adulthood in the space of a few days, a busload of Welsh tourists, and some flag-toting bad guys (the "Bannermen," a term I wouldn't hear again until the rise of another nerd favorite, "Game of Thrones"). It also includes a man who remains my personal hero, a Welsh beekeeper named Goronwy who, when asked if anything strange has fallen out of the sky lately (a perennial question on "Doctor Who"), replies, "I shall ask my bees. They know everything that happens."

And I believed him. "Doctor Who" made the case that the ordinary could turn bizarre in a heartbeat, that bees could know the secrets of the universe, that the Mona Lisa could be part of an alien plot, that (in the most famous example) a police box could be bigger inside than out. "Doctor Who" didn't just make me feel better about being weird -- it made me feel like the whole world was weird, if you looked hard enough. And that I don't think I'll ever lose.