Why we should save the filibuster

As Wendy Davis showed, thwarting a majority can be hugely important. The real question: Can it be saved? 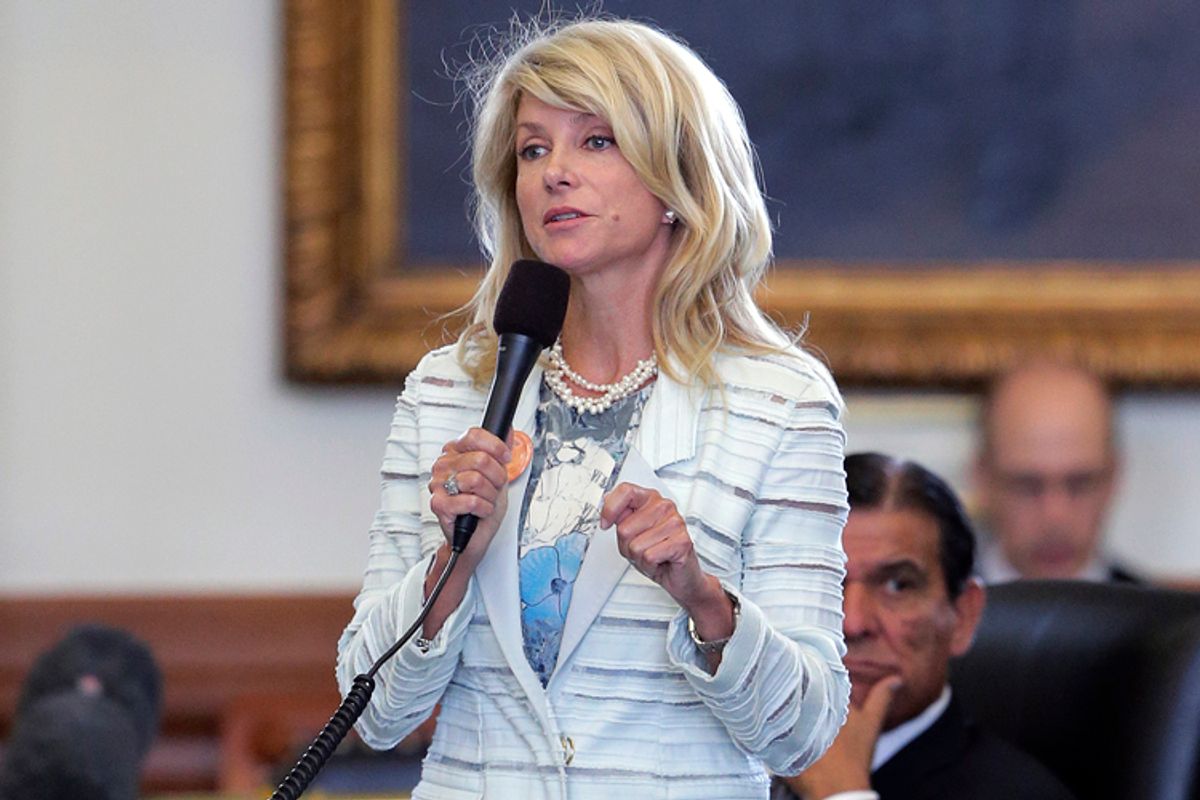 Save the filibuster. It’s not too late.

OK, before I explain how the filibuster could be saved, I suppose some explanation of its utility is in order. Many believe it is inherently anti-democratic; I strongly disagree -- and so might all those who were thrilled and inspired by Wendy Davis when she stood against a solid majority in favor of curtailing women's rights in the Texas Legislature.

Regardless of issues and partisanship, there are a number of reasons many Senate insiders, observers and scholars tend to support a chamber that retains the influence of individual senators, but rather than go through all of those, I’ll use a shorthand argument: Have you actually looked at the House of Representatives lately? Do we really need a second body organized that way?

The second issue is that the filibuster isn’t totally gone yet. But whether quickly or, more likely, over some time, if majority-imposed reform survives as a precedent then not only the remaining potential filibusters -- but all the impediments to majority-party rule in the Senate -- are likely to disappear.

So for those of us who don’t want that outcome – a group that probably includes large numbers of senators – the question is: How can it be stopped? Once the majority imposes change by brute force, as the Democrats did Thursday, won’t the next majority do the same with other parts of the rulebook soon enough?

The answer is yes, they will. Which means that this precedent can’t stand. However, Democrats certainly can’t just reverse themselves; the “nullification”-style blockades of executive branch positions, and then more recently of the D.C. Circuit Court, were intolerable. Nor would it be sufficient for the three Republicans needed to vote for cloture on those judicial nominations before Harry Reid went nuclear to come forward now. It would only be setting things up for a repeat, just as barely finding the votes for cloture on the NLRB and other executive branch nullification nominations this summer turned out be only a brief reprieve from continued party-line filibusters.

No, if Republicans really want to save the filibuster, they need to do a lot more than promise to behave in the future. There’s no way Democrats will trust them, and no reason they should.

Instead, what Republicans need to do if they want to save the filibuster is replace majority-imposed reform with bipartisan and comprehensive rules reform passed by regular procedure.

Republicans would have to be willing to buy into reforms that would significantly weaken their abilities to obstruct, at least compared with the status quo ante.

Without getting into too many details, I’d suggest that they would even have to agree to modify legislative filibusters, even though the Democrats’ rule changes (so far!) have only touched nominations. After all, even if Democrats in theory might want to save the filibuster by accepting a bipartisan deal, in practice they already have simple majority cloture on nominations, and if they are to give back any of that they’ll need to get something back. Nor should Republicans worry too much about conceding something significant on legislation (again, the details are open for debate), because as long as the GOP has a House majority the filibuster isn’t actually preventing Democratic legislation from passing.

On executive branch nominations, both parties should be happy with the new, majority cloture arrangement. On judicial nominations, however, Republicans could ask for some restoration of the filibuster. Not a full restoration, however. Again, the details could be debated; there are plenty of ideas out there such as Jeff Merkley’s talking filibuster or Tom Harkin’s self-reducing threshold. Or if Republicans really wanted to be clever, they could just ask for cloture at 55 votes instead of either a simple majority or 60. Why clever? Because while it would give Democrats what they need – the ability to fill vacancies on the federal bench – it would also create tough votes for marginal senators, since Democrats would need every single vote on controversial nominees.

If Republicans returned from the Thanksgiving recess with half their conference ready to support that kind of reform package, Democrats would probably accept it, even though (depending on the details) it might cost Obama some judicial nominations and they wouldn’t get anything out of the legislative reforms, at least not until the next round of unified Democratic government. After all, many Democrats have openly spoken of their reluctance to join the reformers. And most neutral observers, many of whom supported Harry Reid in the face of unprecedented obstruction, would surely love the bipartisan effort.

As far as the future is concerned, I do think that adopting a viable set of filibuster rules by a strong, bipartisan vote would trump what would then have been a temporary nuclear episode. Majority-imposed reform would return to what it’s been for some time – a possibility for the majority party to threaten when norms were being abused, rather than something to use whenever the majority isn’t getting their way. The Senate would have a fighting chance of retaining and restoring what’s good about the Senate.

I don’t expect any such initiative from Republicans. For one thing, many of them are terrified of being accused of being squishes and RINOs, and any bipartisan deal would risk those labels, even if it was good for the GOP. For another, I suspect that one of the reasons that Republicans refused to compromise in the first place is that many of them are very happy to eliminate the filibuster.